Mahela Jayawardene, the Mumbai Indians coach, said he was “not surprised” after Dwayne Bravo’s stellar all-round show at the Wankhede Stadium in Mumbai sealed a fantastic one-wicket victory for Chennai Super Kings in the opening clash of IPL 2018 on Saturday, April 7.

Bravo scored a 30-ball 68 and conceded just 25 runs in his four overs as Chennai sealed a thrilling one-wicket win with just a ball to spare in the tournament opener.

Mumbai, the defending champions, were on the verge of victory after they had reduced Chennai to 119-8 after 17 overs, the visitors still 48 runs behind. Bravo then hammered 20 runs each in the next two overs, including five sixes, before holing out.

“Once you get the rhythm, it's quite hard to stop somebody”

With seven runs needed off the last over, a limping Kedar Jadhav hit a six and a four off consecutive balls to seal Chennai’s incredible comeback.

Jayawardene praised Bravo for his big-hitting, but conceded that his bowlers had failed to adhere to the plans in the death overs. “He (Bravo) is a batsman that we had planned (for),” said Jayawardene.

“We knew that those guys were going to bat up the order as they played an extra bowler. We bowled really well up till the last three overs, (and then) we probably didn’t execute the plans we wanted to. But credit to Bravo, he batted brilliantly. That is what T20 cricket is. Once you get the rhythm, it’s quite hard to stop somebody.” 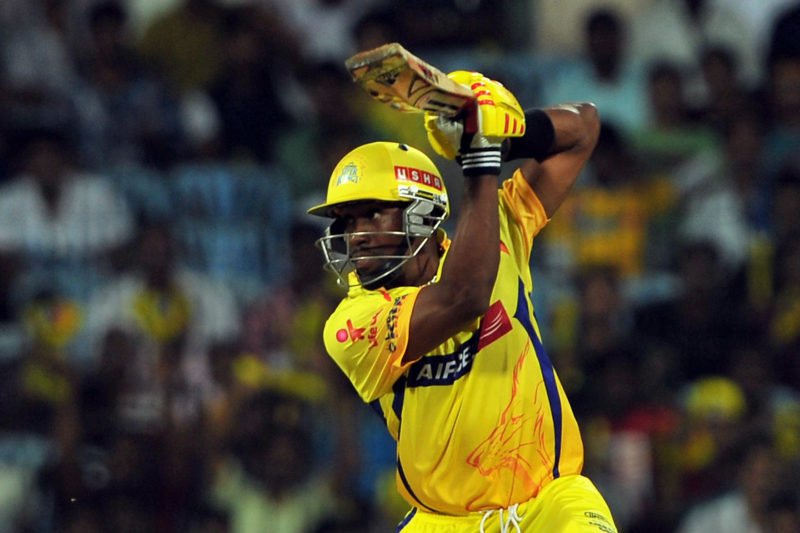 Mayank Markande, the debutant, was Mumbai’s star bowler. The leg-spinner finished with 3-23, including the prized scalp of Mahendra Singh Dhoni, the Chennai captain.

He could have had more wickets, particularly when he had Jadhav deceived with a googly in the seventh over. The umpire denied the appeals, but replays suggested that Mumbai should have reviewed the decision, given that ball-tracking had the ball hitting the leg stump.

Markande is already being touted as Mumbai’s big find of the season, and Jayawardene’s praise will only boost the hype. “He bowled really well,” said the former Sri Lankan mainstay. “We saw him first at our camp, (and) we knew that he was special. He came for two trial games, both him and (Rahul) Chahar. We backed our youngsters. We knew that this is the year we had to do that. The stadium was packed, (but) he bowled really well so I am quite pleased for him. 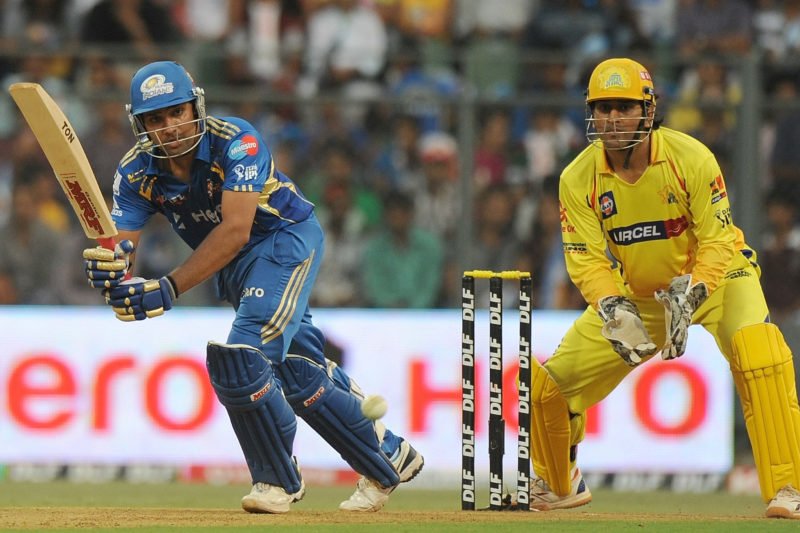 Rohit Sharma, the Mumbai Indians captain, made only 15 off 18 balls

“He is quite accurate, and probably a little different from a normal leg-spinner. The way he delivers the ball, the control he has with all his variations, he’s got quite a bit. It was a very confident (performance) for a guy who hasn’t played much of T20 cricket, the attitude was great. We wanted to back these kinds of guys and give them the opportunity to see what happens, and he bowled really well.”

Despite losing their opener, Jayawardene was upbeat and opted to look at the positives, of which there were plenty for Mumbai. “This is the nature of the beast (T20 cricket),” he said. “We take a lot of the positives that we did this first game and we carry on. We’ve got more matches to come. I am quite pleased. Usually, you start nervously and you probably lose a game quite badly. The adrenaline is there, but in execution, we lacked a little bit. That was a great game of cricket, so a lot of positives.”