With David Warner suspended from all international and domestic cricket for a year, Sunrisers Hyderabad, his Indian Premier League team, have announced the appointment of Kane Williamson as the new captain for the 2018 edition.

K Shanmugan, the Chief Executive Officer of the franchise, said on Thursday: “We are happy to announce Kane Williamson as the captain of Sunrisers Hyderabad for IPL 2018.”

Williamson, accepting the appointment, said: “I’ve accepted the role to stand in as captain for this season. It’s an exciting opportunity with a talented group of players. I look forward to the challenges ahead.”

The decision came in the wake of the massive controversy surrounding the ball-tampering incident during the Cape Town Test between South Africa and Australia, which South Africa won to move 2-1 ahead in the four-Test series. 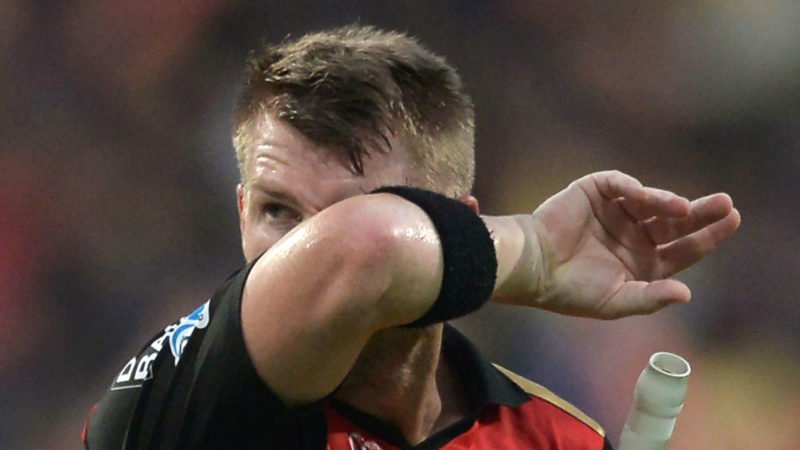 David Warner led Sunrisers Hyderabad to the IPL title in 2016

The final Test begins in Johannesburg on Friday, with none of Warner, Steve Smith and Cameron Bancroft in the Australian squad. Matt Renshaw, Joe Burns and Glenn Maxwell have been called up as the replacements.

Smith and Warner were first stood down from the captaincy and vice-captaincy of the Test team and then sent home before the fourth Test along with Cameron Bancroft, whose act of trying to change the condition of the match ball was caught on camera.

Smith had earlier stood himself down from the captaincy of Rajasthan Royals in the IPL, and has since been replaced at the helm by Ajinkya Rahane, while Warner, who led Sunrisers Hyderabad to the title in 2016, did the same on Wednesday.