In the 14th game of IPL 2021, Punjab Kings (PBKS) take on Sunrisers Hyderabad (SRH) – here are some Dream11 fantasy predictions and tips for the game.

Punjab Kings arrive in Chennai for their first game with their season derailing after two back-to-back losses. Adapting is key on the slow Chepauk wicket and since thy play a side that has played all their games on this wicket, albeit without success, Punjab will have their task cut out. The change in surface could also bring about a few tweaks in the playing XI.

Sunrisers Hyderabad, meanwhile, are still waiting for their first win in Chennai after six games. Clearly, they haven’t been able to get used to the surface and it’s hurting them big time. Big team changes made little difference against Mumbai as all three losses followed a similar pattern.
Check here to know where to watch IPL 2021 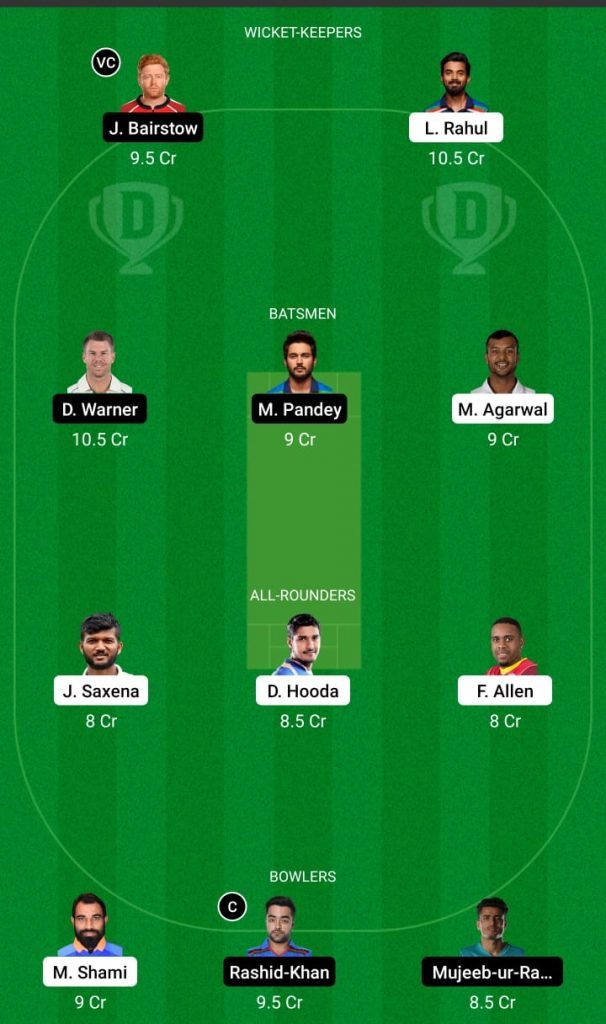