In the 26th game of IPL 2021, Punjab Kings (PBKS) take on Royal Challengers Bangalore (RCB) – here are some Dream11 fantasy predictions and tips for the game.

Royal Challengers Bangalore head into this contest hoping to add another win in their kitty to leapfrog Chennai Super Kings in the points table. While they have been generally ruthless this season, there are a few loopholes that haven’t yet been exploited by opposition sides. Punjab Kings, though, are in too much trouble in the season already and cannot afford another setback. They will bank on the two wins from IPL 2020 to motivate themselves for this game and try and gain two points. 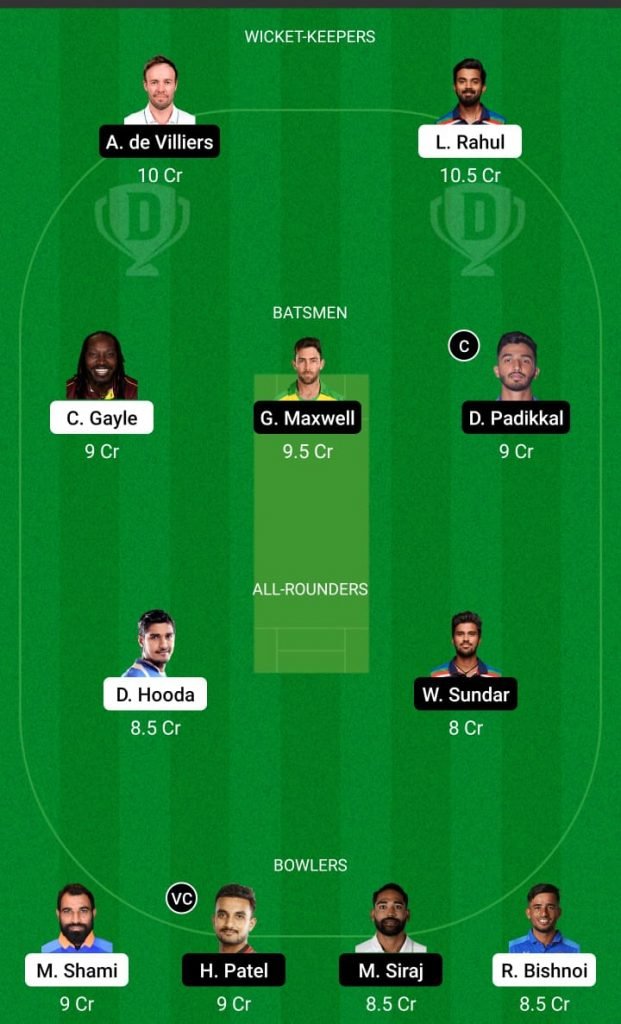