In the 21st game of IPL 2021, Punjab Kings (PBKS) take on Kolkata Knight Riders (KKR) – here are some Dream11 fantasy predictions and tips for the game.

After five games, Kolkata Knight Riders have one win and look pretty much the most ordinary team in the league. Their batting, in particular, has looked rather shoddy and with the pressure mounting on them, expect a few panic changes and some desperation in catching up to the rest. It’s the first game in Ahmedabad, and the unknown nature of the wicket could also encourage KKR to try and bring in new players.

Punjab Kings aren’t too well off either, but they managed to take away a win from the Chennai leg and if the surfaces are as slow in Ahmedabad, expect them to be a force again. That said, they will be put under test if Pat Cummins and Andre Russell turn up with the ball.
Check here to know where to watch IPL 2021 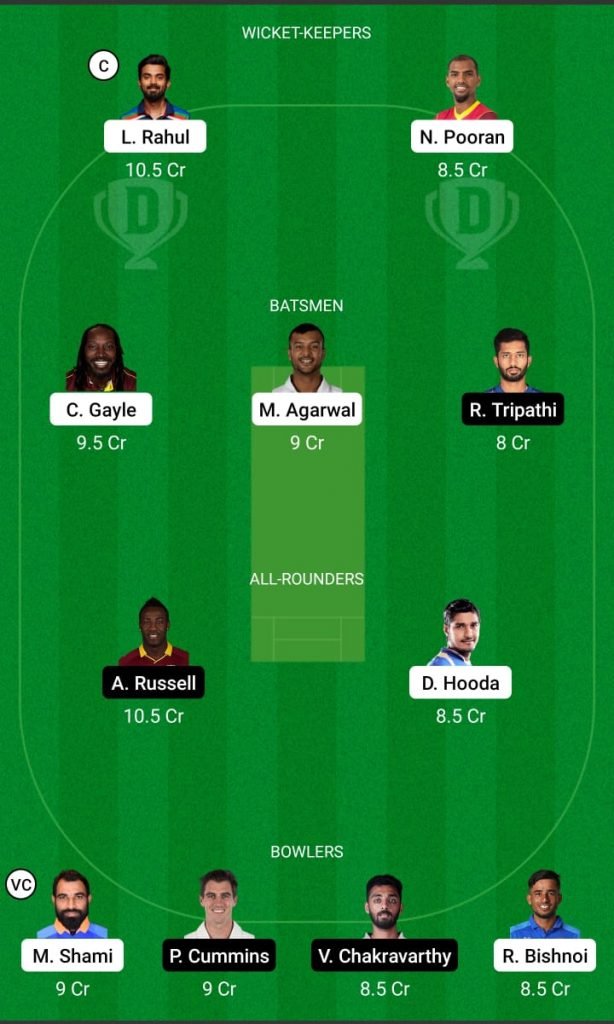