In the 15th game of IPL 2021, Kolkata Knight Riders (KKR) take on Chennai Super Kings (CSK) – here are some Dream11 fantasy predictions and tips for the game.

Kolkata Knight Riders arrive for their first game in Mumbai aiming to bounce back after two back-to-back losses. While the theme of playing in Chepauk was largely spinners winning out with low scores being defended, KKR received a pounding at the hands of Glenn Maxwell and AB de Villiers, and now find themselves up against another team stacked with batting depth.

Chennai Super Kings, meanwhile, are riding high after two huge wins. Their net run rate is far and away the best in the competition, with MS Dhoni still providing value as a captain and contributions with the bat coming throughout their XI. The signs are good that their IPL 2020 playoff miss might have been just an aberration.

Tripathi for Rana
Prasidh for Varun Chakravarthy
Thakur for Chahar 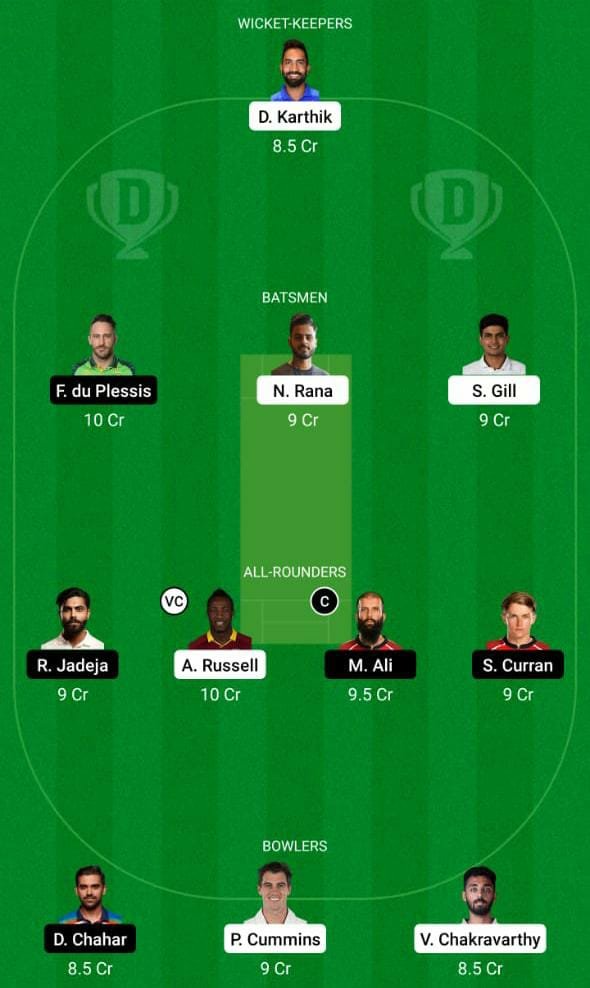