Mumbai Indians, the defending IPL champions, got their first win of the tournament’s 11th edition on Tuesday April 18, seeing off Royal Challengers Bangalore in an easy 46-run win.

Evin Lewis and Rohit Sharma added 108 for the third wicket, with captain Rohit going on to score a 54-ball 92. It ensured that despite losing two wickets off the first two balls after being put in, Mumbai managed to set Bangalore a target of 214.

Bangalore didn’t really make a tilt at it, despite Virat Kohli walking out to open instead of Brendon McCullum, and scoring an unbeaten 62-ball 92. The next highest scorer in the side was Quinton de Kock with 19.

However, Daniel Vettori, the Bangalore head coach, refused to fault his batsmen. Instead, the blame was placed squarely on the bowling – an age-old problem for Bangalore – and their inability to keep opponents to small totals. The 213-6 conceded against Mumbai meant that Bangalore’s batsmen, for the second consecutive match, had to chase a total in excess of 200. 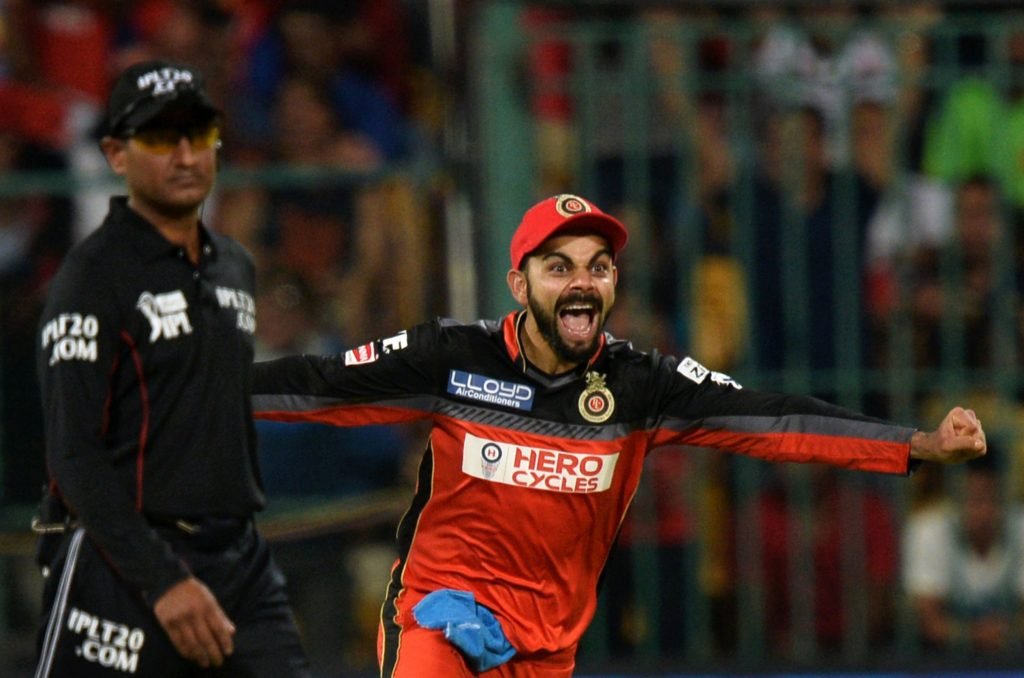 Virat Kohli scored an unbeaten 92, but the rest of the batsmen struggled

“The frustration will be around the back end of the bowling, rather than the batting,” said Vettori. “We need to be better with that so that the batters aren’t chasing so much. When you’re chasing this much, it puts an extreme amount of pressure on the way you play. Virat played exceptionally well today, and unfortunately no one could go with him. Our frustration is around how we ended with the ball in the last two games, rather than our batting.”

It has also led to suggestions that Bangalore were overly dependent on Kohli and AB de Villiers – the only players to have scored half-centuries for Bangalore so far this season.

With Evin Lewis batting, anything can happen. He’s a great striker of the ball, and anything in his area he’s going to smash it.

Vettori played it down. “We have faith in our batting group. Look at what Mandeep Singh did in the last game, Washington Sundar … we brought Corey (Anderson) in, and unfortunately, it didn’t work for him today,” said the former New Zealand left-arm spinner.

Kohli had been full of intent at the start of the chase, but visibly decelerated when both de Kock and de Villiers were dismissed in the fifth over by Mitchell McClenaghan. Asked of de Villiers’s performance, Vettori stood by the middle-order mainstay, saying, “We don’t want to put it all on one person, but we know AB is an incredible player. We hope he does well every game, but that’s not realistic.” 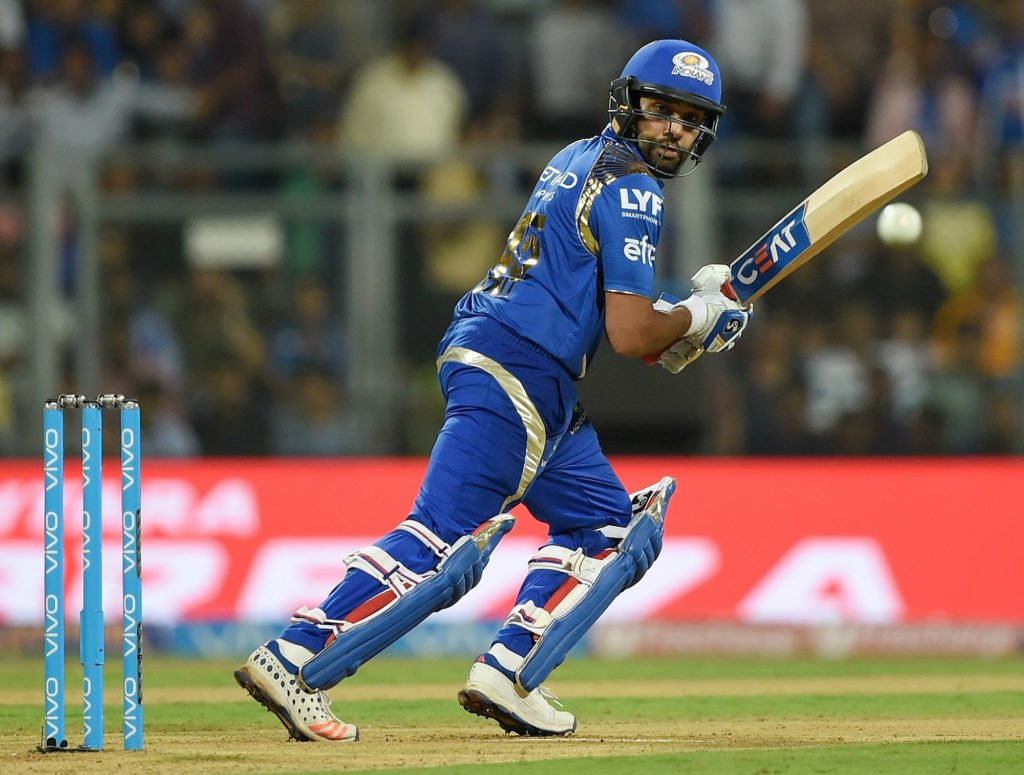 Vettori went on to call for better execution from his players, insisting that all the strategies and the planning had been spot on. “(Losses have come) on the back of good starts – two wickets in two balls early on. The last Powerplay wasn’t too bad against Rajasthan (Royals) as well,” he said. “But our finishing and the ability to close out the innings has been poor. That’s purely an execution thing.”

In stark contrast to Vettori, Rohit spoke highly of Mumbai’s bowlers, from an experienced player like McClenaghan, whose twin strikes in the fifth over of the chase turned the match, to Mayank Markande, the 20-year-old leg-spinner who picked up his eighth wicket of the tournament when he had Sarfaraz Khan stumped.

“Mitch (McClenaghan) bowled a great spell up front to get experienced batsmen out, and then Krunal (Pandya, who returned 3-28) came in and used his variations to his advantage,” said Rohit. “He’s a clever, thinking bowler, he knows exactly where the batsmen are going to target him, and what he has to bowl to those players. He reads batsmen really well. And not to forget Mayank (Markande) either. He’s just 20 years old, playing his fourth game, and to come out and bowl in such difficult conditions … it’s not easy. Those two guys have to get a lot of credit.” 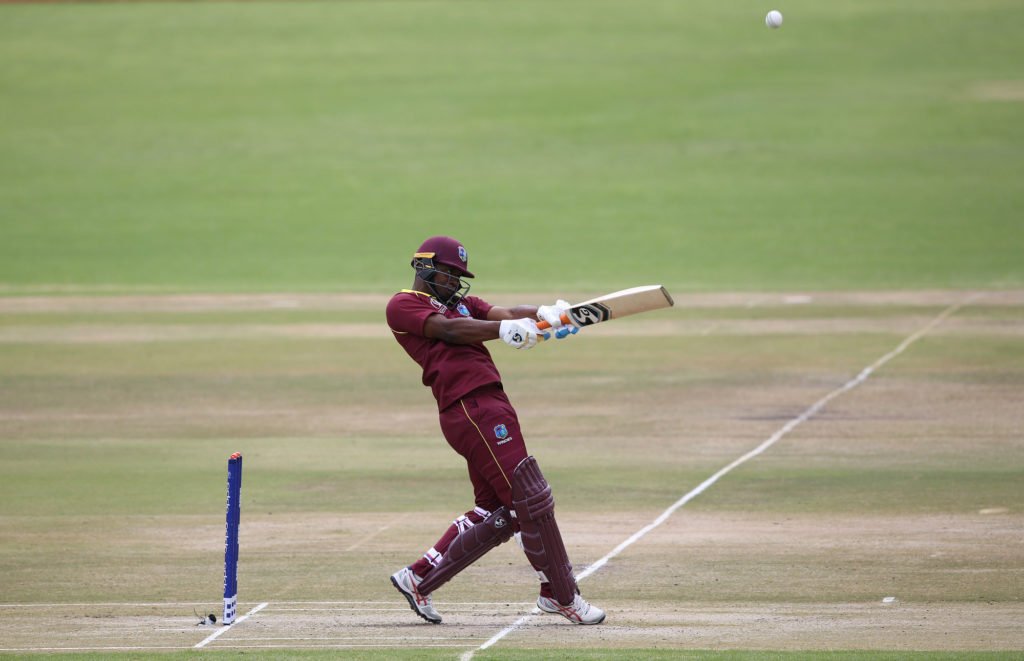 Evin Lewis came in for plenty of praise from Rohit Sharma

“With Evin Lewis batting, anything can happen,” said Rohit. “He’s a great striker of the ball, and anything in his area he’s going to smash it. He did that, and allowed me to do it, which was crucial. We wanted a set batsman to bat as long as possible, and he set the perfect platform for me to do that this game.

“The pitch was a little on the softer side, shot-making wasn’t easy. But Lewis, the way he batted in the first six overs, it didn’t look like that.”