Jos Buttler put a brand new bat to good use, as his whirlwind 95* off 60 – his highest T20 score – took Rajasthan Royals to a thrilling four-wicket win over Chennai Super Kings in IPL 2018.

En route his fourth consecutive half-century this season – he had scores of 82, 51 and 67 in his last three innings – and chasing 177 runs for victory, Buttler laid into the Chennai bowlers on Friday, May 11. He smashed 11 fours and two sixes, and carried his bat, keeping Rajasthan alive in the competition.

Rajasthan were also helped by brisk cameos by Krishnappa Gowtham (13 runs off four balls) and Stuart Binny (22 off 17). They chased the target down with one ball to spare after Chennai posted 176/4 batting first. 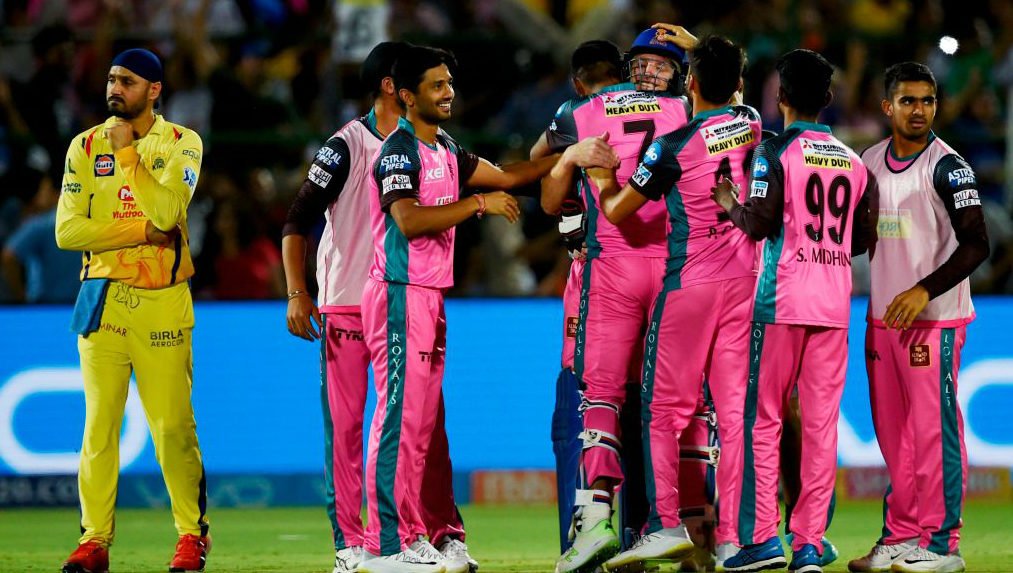 “Definitely my best knock,” said Buttler after the match, “especially in the IPL. It’s a fantastic tournament. I was determined for my side, we were scrapping to stay in the tournament.”

Related Story: IPL 2022: How England’s players are faring in the Indian Premier League

Buttler, who opened with Stokes, began with three fours off the first three balls sent down by David Willey.  “I had a brand new bat as well,” he said. “Three boundaries and you think, ‘This is a really good one!’ That was enjoyable. And when you get off to a start that gives you the confidence.”

With eight runs needed off the last three balls and Dwayne Bravo bowling at him, Buttler hit a six off the fourth ball of the 20th over to all but seal the deal for his team. 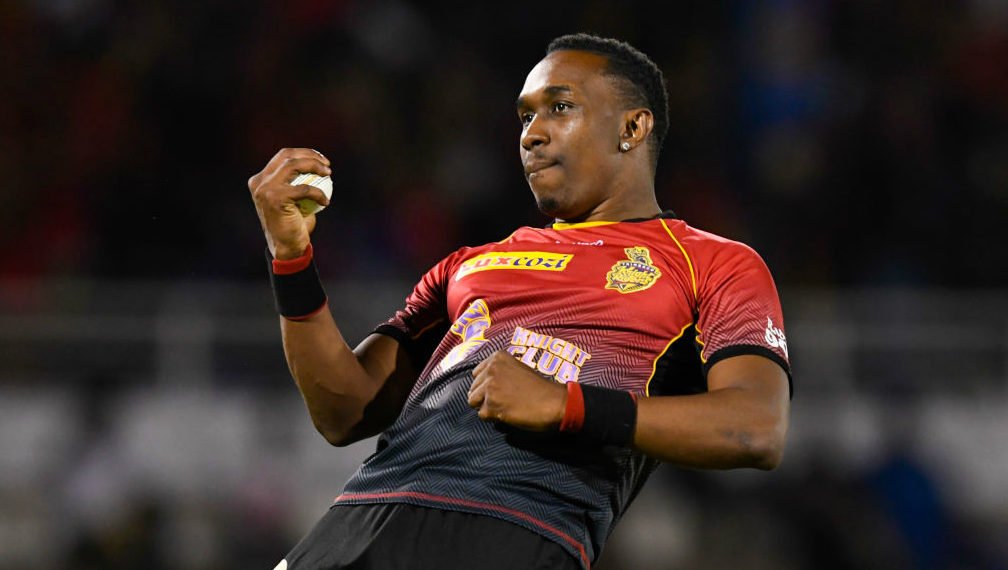 Dwayne Bravo failed to defend 12 runs in the final over

“Dwayne Bravo is one of the best in the world, but you always get the feeling that it’s about two hits. It’s a relatively big ground here too, so can take twos. It’s special to perform with my family here,” he added.

"Buttler's consistent batting at the top is magnificent"

“Buttler was a class above,” said Stephen Fleming, the Chennai coach. “He was able to take the conditions out of play. He still found it difficult as the game went on. We knew that we would have chances if we got him out, but we didn’t get him out.”

After a slow start in the tournament, the Englishman has turned his game around since moving up the order. It “freed him up” and gave him confidence, he explained. “I’m enjoying the role being promoted to open … I wasn’t quite hitting my straps in the middle,” he said. “On this wicket it’s quite hard to start the innings in the back end.” 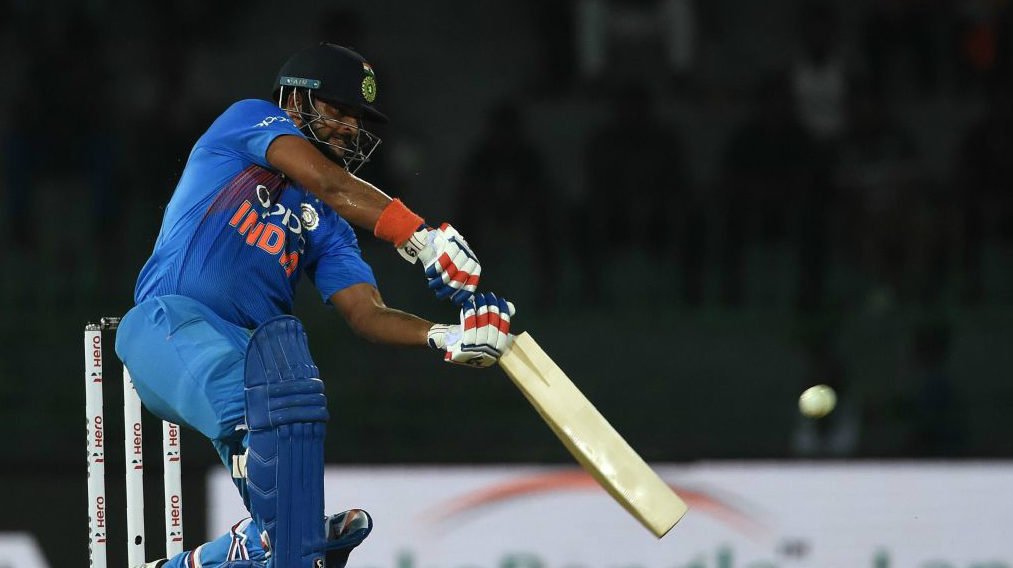 His captain, Ajinkya Rahane, was all praise for the wicket-keeper batsman, while also acknowledging the importance of Gowtham’s innings. Gowtham came at the crease with Rajasthan needing 31 runs off 2.2 overs and smashed a six off the his first ball in the 19th over. He hit another six in the same over, bowled by Willey, before the bowler got him caught behind. By then, Rajasthan needed 12 off the final over.

“Buttler’s consistent batting at the top is magnificent. KG’s [Gowtham] knock was crucial,” said Rahane. “We all had a feeling that Buttler will take us through. The way he handled the spinners was too good. He’s learning a lot spending time with the experienced players and Warnie [Shane Warne].”

Chennai put up a formidable 176 courtesy a half-century by Suresh Raina (52 off 35) and a brisk 33 off 23 by captain MS Dhoni. With seven wins from 11 matches, they are second on the points table, behind Sunrisers Hyderabad who have already qualified for the play-offs. 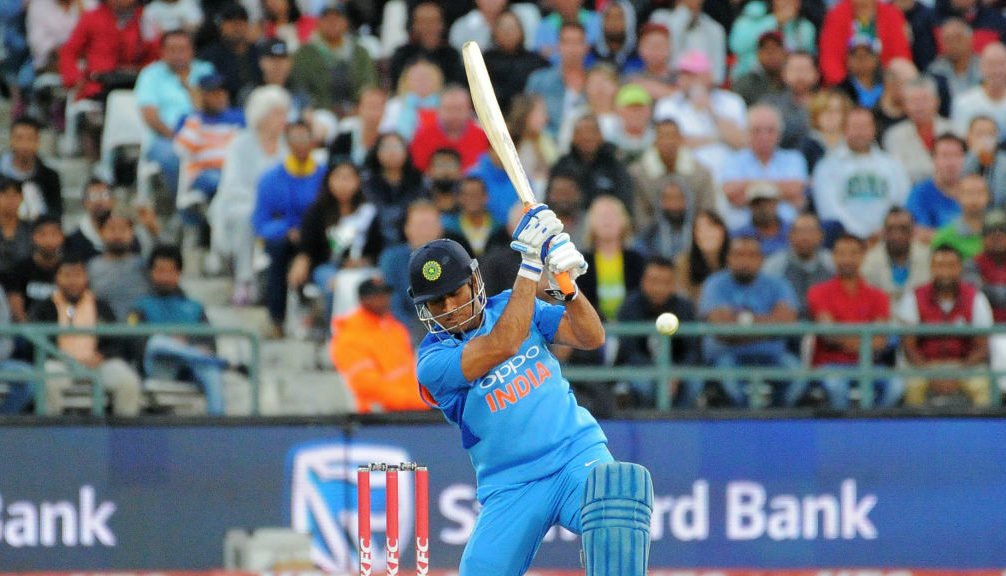 MS Dhoni held the bowlers responsible for the loss

Dhoni stressed that qualifying for the play-offs wasn’t the only target – it mattered how they won games as well. “Once you are told what to bowl, you need to be bowling to that area. They need to commit and execute. It is not the planning but the execution that goes haywire,” he said criticising his bowlers.

“It is important to start delivering when it comes to the planning part. You just don’t want to qualify into the knockout stages, you have to win games. You also need to adjust to what length to bowl and how to bowl.”