AB de Villiers and Ambati Rayudu hit eight sixes apiece but the seven Mahendra Singh Dhoni hit made the difference as Chennai topped Bangalore on Wednesday, April 25 where a new record for most sixes in an IPL match was set.

A total of 33 sixes were hit between the batsmen of the two sides in Bangalore on the night, one short of the all-time record. 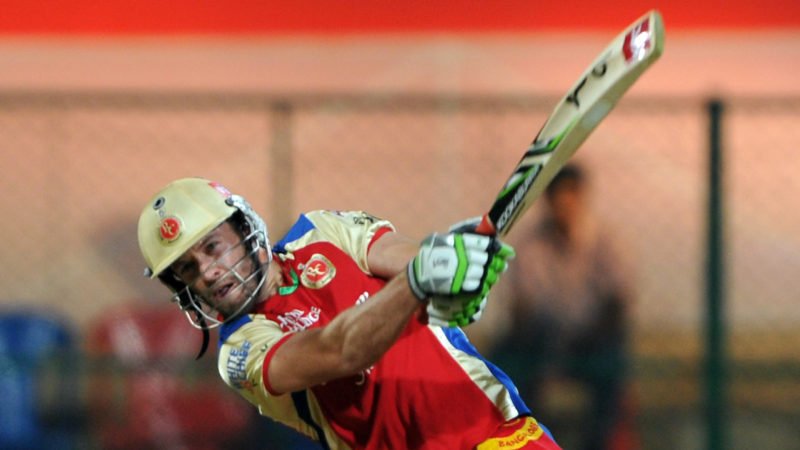 Asked to bat first, Bangalore got to 205/8 with Quinton de Kock hitting four sixes, de Villiers eight, Mandeep Singh three and Washington Sundar one. In reply, Chennai had sixes coming from Shane Watson (1), Rayudu (8), Dhoni (7) and Dwayne Bravo (1) as they got to 207/5 with two balls left, Dhoni getting the winning runs with a six off Corey Anderson.

That topped the earlier tournament record of 31 sixes, achieved twice.

Delhi Daredevils and the now-defunct Gujarat Lions hit 31 sixes between them in a fixture last year, and that was matched by Chennai and Kolkata Knight Riders in an earlier encounter this season.

Most sixes in a T20 game

“You’ll win some, you’ll lose some, but the job of the finisher is to finish the job and help others,” said Dhoni, who scored 70 not out in 34 balls, after the game. “What’s important in a chase is to know which bowler has how many (overs) left and who the captain will bowl when, and you play accordingly.”

Related Story: From Pant’s blinder to RCB-CSK epic – the IPL matches with the most sixes hit

The win put Chennai on top of the points table with five wins from six games, while Bangalore stayed at No.6 after going down for their fourth defeat in six games, leaving Virat Kohli, their captain, rather irritated.

“The way we bowled was just not acceptable, giving that many runs in the end was criminal,” Kohli said. “It is something we need to address going forward. If we can’t defend 200, then it’s a problem.”