A review of Crossing the Line: How Australian cricket lost its way, by Gideon Haigh.

In the wake of the ball-tampering scandal in Cape Town, Australian cricket has been forced to look inward to ask itself what it has become – and how. The national governing body, Cricket Australia, has conducted its own review – although just how open to reform it can really claim to be is questionable, given it re-elected the chairman and promoted its COO to CEO (replacing the long-serving James Sutherland) before the review’s findings were revealed.

In Crossing the Line, Gideon Haigh – journalist, scholar, historian and, to some, conscience of the game in Australia – undertakes his own ‘cultural review’, describing his findings as “less official and far cheaper, but genuinely independent.” 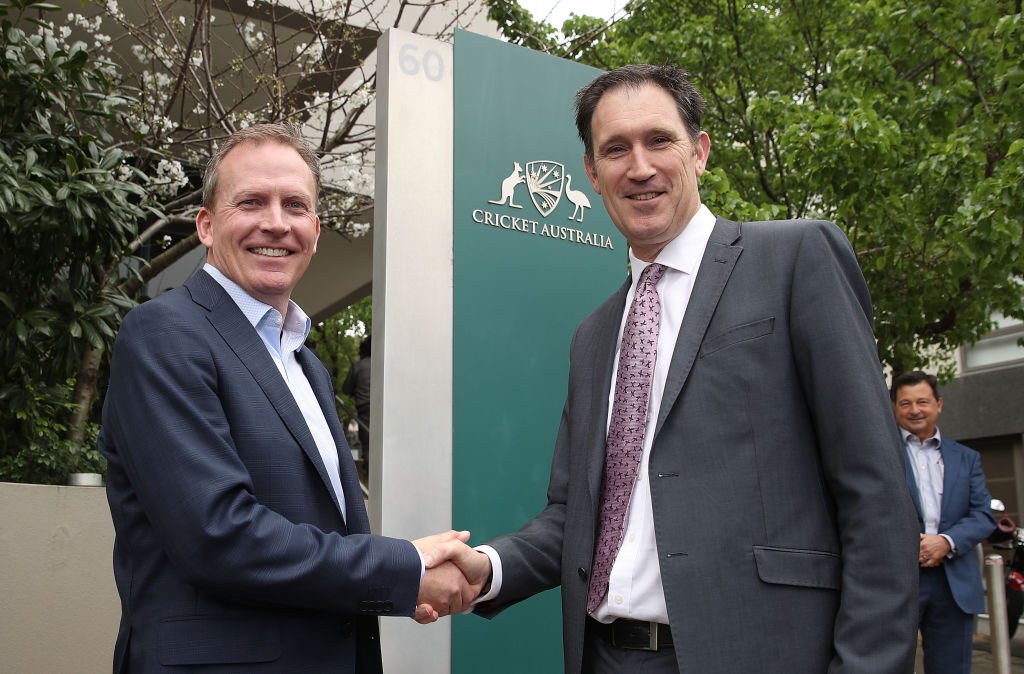 Haigh interviewed 50 people: players, coaches, officials, observers – including 12 cricketers who have played for Australia in the last five years – all of whom spoke anonymously. The resulting analysis provides the necessary context to understand the shockingly raw aftermath of events in Cape Town.

While Steve Smith and David Warner – and Cameron Bancroft, whose popular absolution as a ‘young kid’ (he was 25) who was ‘thrown under the bus’ is particularly strongly debunked – are not absolved of responsibility, they are placed very much as smaller actors in a ‘system’ created, protected and defended by an increasingly arrogant but also paranoid CA as it tries to grapple with the challenges presented by the modern landscape of professional sport. 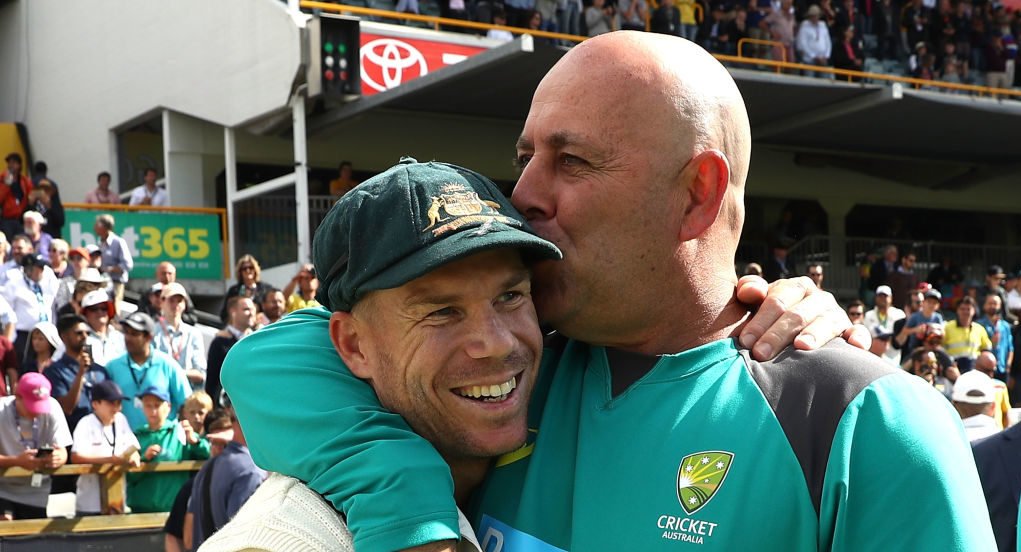 David Warner and proponent of ‘The Australian Way’ Darren Lehmann

With power over player development and the game at large – including the highly significant Big Bash League – increasingly centralising towards CA, the Argus Review of 2011 in the wake of Australia’s home hammering by England recommended a raft of changes that brought about an increase in management, particularly the appointment of Pat Howard as a high performance manager – a “sole point of accountability” for the national team’s fortunes. This led to the development of a system based around the national academy and an investment in youth, heavily influenced by ‘talent manager’ Greg Chappell, that sought to continually justify its own existence, simultaneously devaluing the States, domestic competitions and non-international players.

It also had the effect of incubating cricketers from a young age, denying them varied life experience before throwing them into an increasingly pressurised environment – one where CA emphasised measurement, accountability and success. Smith and Warner – the poster boys of this machinery and men who had largely bypassed the Sheffield Shield to become Australia’s wealthiest and best-known cricketers – were what the system aspired to replicate, but they lacked a certain roundedness that might have seen them react better to the stresses of their profession. 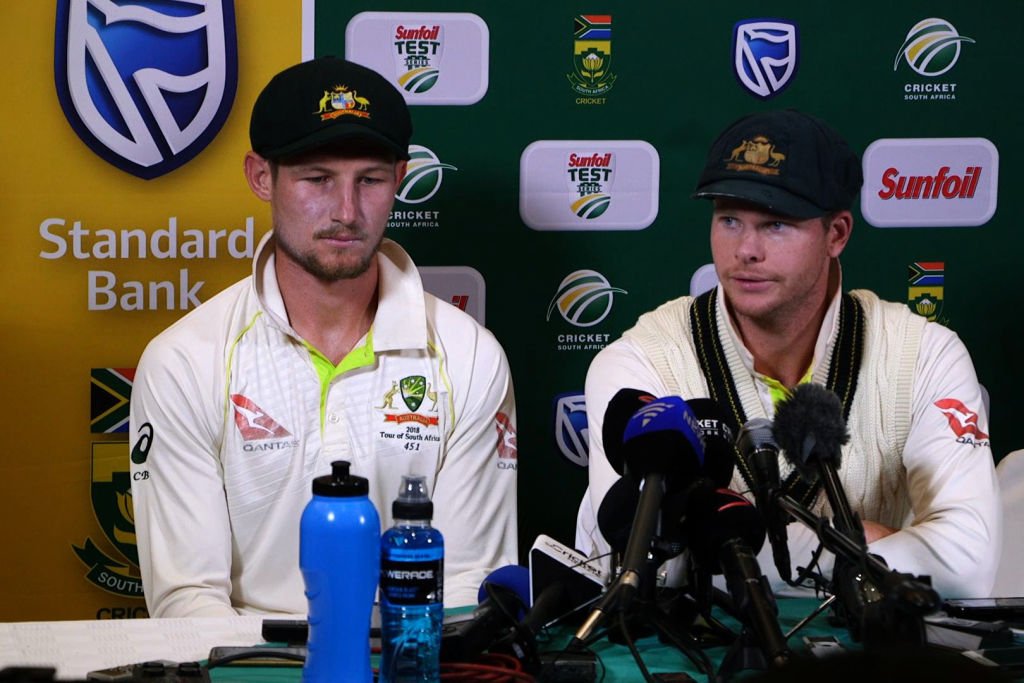 Haigh takes in 2013’s Homeworkgate, the sacking of Mickey Arthur and the hiring of Darren Lehmann – a “desperate move” later rewritten as a masterful intervention by a high-functioning executive – and the growing belief in an ‘Australian way’ to play cricket: with aggression. As behaviour became less savoury in an effort to serve the relentless pursuit of success, “an atmosphere of leniency prevailed” with players who in many cases were not temperamentally suited to such a hard approach encouraged to ‘headbutt the line’. While players ultimately have been punished strongly for crossing it, the same can scarcely be said for the coaches and administrators in overall charge.

There was also the matter of the players’ pay dispute, a situation in which CA were able to appear aristocratically high-handed whilst simultaneously entirely bungling the negotiation. Haigh argues the players’ image with the public was, months before the ball-tampering scandal, damaged by this stand-off – and with the full backing of CA.

As behaviour became less savoury in an effort to serve the relentless pursuit of success, “an atmosphere of leniency prevailed”

Haigh is not uncharitable – he acknowledges the hard work and decent intentions of just about everybody involved. But none are spared from having their failings and hypocrisy exposed. CA, players, coaches, sponsors, no one.

There is no shortage of cricket books offering lyricism or whimsy, Haigh delivers knowledge and insight in cogent, digestible form, condensing his intimate understanding of complex, long-term processes and intangible forces into a neat package that leaves the reader with a fresh understanding.

Related Story: ‘Starc’s nowhere, skipper Paine’s a shocker’ – Warne tears into ‘poor’ Australia side in stunning rant ahead of Ashes

Perhaps most notable in this short but punchy book, which is yet to find a UK publisher, is the way these events are treated like genuinely important history, worthy of serious study.

Indeed, it’s noticeable to the English reader in particular that modern cricket can perhaps only be dealt with in this way – as a legitimate historical topic – in Australia. As highlighted by the 2018 scandal, the game retains a significance in the public imagination there that allows a writer like Haigh to treat its ongoing story with a gravity that in England might well be met with a smirk or, more devastatingly, a shrug. And that is no compliment to England, whose own national governing body shares plenty of the wealth, hubris and control-freakery of its Antipodean cousin.

In producing such a fair and detailed, if ultimately scathing, analysis of Cricket Australia as an organisation, Haigh has provided a necessary counterbalance to the body’s own compromised review process, and, perhaps more generously, helped highlight the ongoing difficulties involved in administrating a truly professionalised game in a fast-moving world. 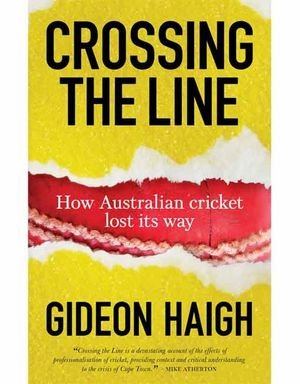 Crossing the Line, published by Slattery Media Group, is available on Kindle