In the wake of a number of incidents of ball tampering in top-flight cricket recently, Faf du Plessis has called for the ICC to change the regulations and make punishments stricter.

Du Plessis himself has been found guilty of trying to alter the condition of the ball twice in the past, in the United Arab Emirates in 2013 and in Australia in 2016.

Earlier this year, he was in the opposition camp as Cameron Bancroft was caught trying to hide a piece of sandpaper he had used on the ball during the Cape Town Test. That was in March, and even more recently, Dinesh Chandimal, the Sri Lanka captain, was caught using sweet-mixed saliva on the ball at a Test match in the West Indies. 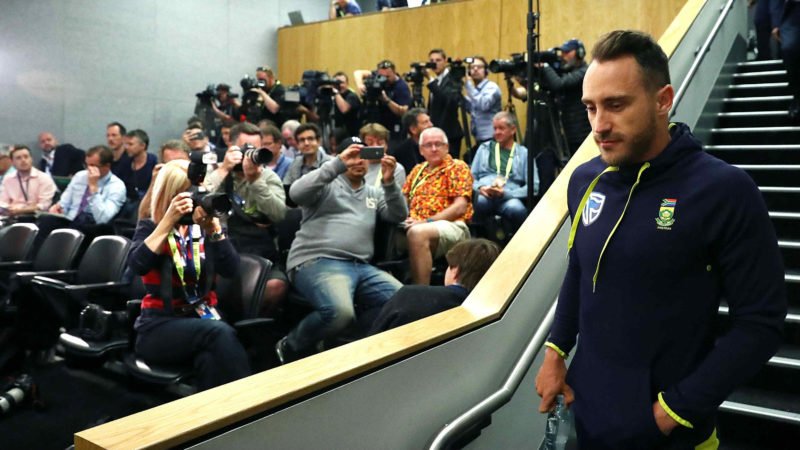 Should the ICC change the laws, du Plessis was asked before his team left for Sri Lanka, and he said, “They have to. It’s happening too often. They definitely need to do that as quickly as possible.”

Du Plessis felt that the ICC’s rules are often a bit too vague, which makes things difficult.

“I know they met a while ago but it doesn’t look like anything has changed. It’s still the same rules and stuff, so they need to change that. The penalties need to be harsher for ball tampering,” he said. 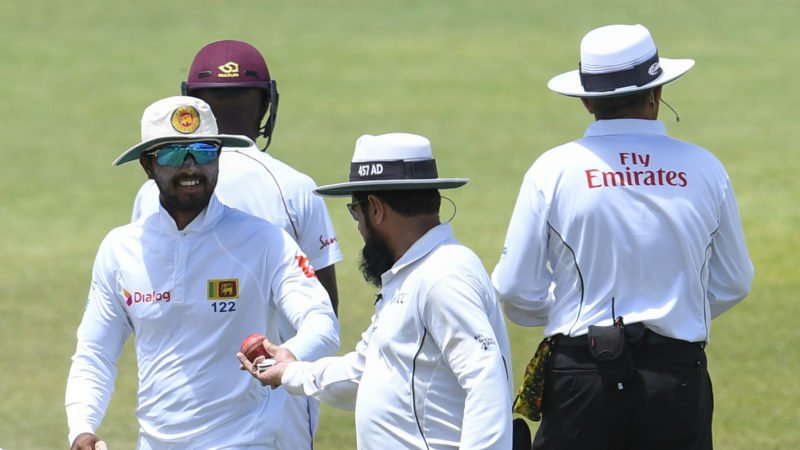 Dinesh Chandimal was banned for tampering in the Caribbean recently

“I have probably said it too much but there are too many grey areas when it comes to the ICC and the rules. One, you want clarity, and, two, you want consistency and that’s definitely something that’s not been part of that body of laws for a while now.

Related Story: Kusal Mendis out hit wicket after being struck by short ball

“There’s a lot of captains that have been speaking about it for a lot of years so, hopefully, when they do bring in all these new things there will be a lot of clarity and, most importantly, consistency for all teams.”

A change in the guidelines is in the offing, as a matter of fact. If reports are right, ball tampering will change from being a Level 2 offence to being a Level 3 offence. That will change the maximum penalty from a ban of one Test or two ODIs to a ban of four Tests or eight ODIs.