The results of two independent reviews – of organisational structure and player behaviour – conducted in the wake of the ball-tampering episode in Cape Town earlier this year, were released on Monday, October 29, and 42 recommendations were made to the CA board as necessary measures to reverse the slide that had led to “tainted reputations” of the national men’s team.

However, Haddin, who was an integral part of the Australian Test team from 2008 to 2015, said that after the release of the reviews, the world should move on from the ball-tampering saga.

"We kid ourselves that the same trait that makes a champion athlete – courage, pride, resilience, confidence – are the same traits that make you a good person" – @jonathanliew

“No, I don’t think it is,” said Haddin when asked if Australia had harboured an arrogant and bullying culture. “The independent review got done, everyone gets to have their say openly and honestly, and that’s what you want,” he said.

“From our point of view, we’re moving forward. It’s been six months since South Africa. A lot of water has gone under the bridge. We’ve got to start rebuilding the cricket team to start winning games for Australia and get a cricket team that Australia can be proud of.”

In the second Test against South Africa in Cape Town in March this year, Cameron Bancroft, David Warner and Steve Smith were found guilty of a conspiracy to use sandpaper to alter the condition of the ball during play.

Mayhem ensued thereafter, and all three received bans from CA, with Bancroft getting nine months while seniors Warner and Smith handed 12-month bans. 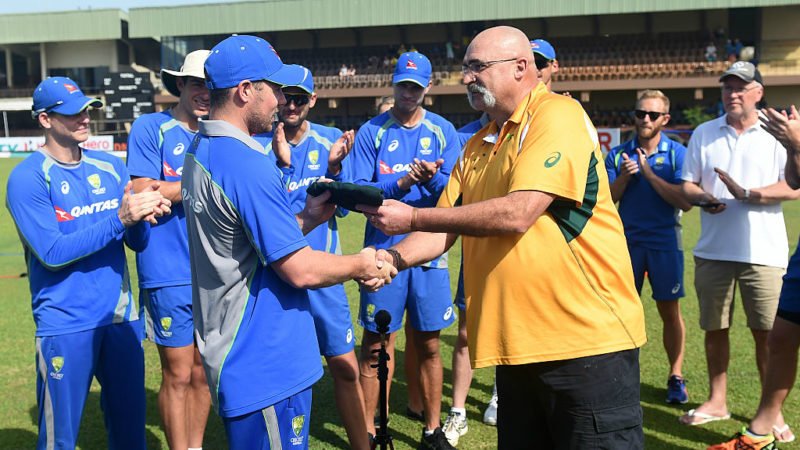 However, with the review being seen to have put the blame on CA for fostering “winning without counting the costs” culture, there have been cries from some corners for the bans on the trio to be lifted. CA, however, has reiterated that the bans will stay.

"No matter what sport you play, you always want to win. But there's a right and a wrong way to do it"

Notwithstanding that, Haddin emphasised on the need to play with humility in the wake of the criticism that Australian cricket has been designed for a win-at-all-cost mentality.

“No matter what sport you play, you always want to win,” Haddin said. “But you’ve got to do it with humility. We’re all involved in sport to win games and grow cricket teams.

“But there’s a right and a wrong way to do it.”

Merv Hughes, who played 53 Tests for Australia from 1985 to 1994 before serving as a national selector, was “sceptical” about the findings of the report.

"Arrogant is one word I wouldn't associate with the Australian players"

“I know a lot of time and effort has gone into it and basically what you see on the surface is a lot different to what you get behind the scenes,” Hughes told SEN Breakfast.

“I’m still privileged where I get the opportunity to get behind the scenes and arrogant is one word I wouldn’t associate with the Australian players.

Related Story: Adam Gilchrist recalls the time he was booed at the Gabba on Test debut

“You sit there and scratch your head a bit and say: ‘has it been worthwhile?’ A lot of people are going to read this and make of it what they want. Arrogance is one word I don’t associate with the Australian cricket team.”