Mashrafe Mortaza, the Bangladesh captain, was proud of his team for taking the Asia Cup 2018 final match against India down to the very last ball, but also called for improvements.

It was a topsy-turvy game for Bangladesh. They first had a solid 120-run stand for the first wicket between Liton Das and Mehidy Hasan but then surrendered the advantage through a middle-order collapse, getting bowled out for 222 in 49.3 overs even as Das went on to compile a career-best 121. Despite having a small total to defend, the bowlers kept it tight and India could win by just three wickets.

Mortaza praised his bowlers but didn’t shy away from highlighting that Bangladesh had the tendency to squander advantageous positions. 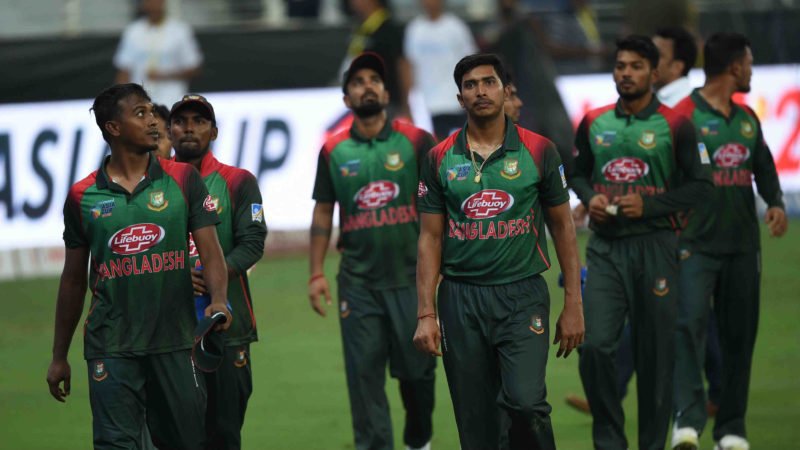 “The boys should feel proud but at the same time I think we have to learn so many things. Bowlers have done a really good job this tournament, every time batters scored more than 240, we won the match.

“Obviously the team can be proud, but we have to move forward from here… Boys did a very good job without two key members in the side in Shakib and Tamim.”

“Every time we play this kind of tournament, we’re struggling somewhere. Today we had a good start (with the bat) but couldn’t go through. Even if you look at the last three-four matches, we lost so many wickets early but still we managed to score 240-250.”

Bangladesh couldn't quite pull off the win, but Liton Das still had reason to smile. He made the highest ODI score by a Bangladesh batsman against India.#INDvBAN #AsiaCup pic.twitter.com/IhuCNrXo04

For Bangladesh the defeat will be a bitter pill to swallow as it was their third Asia Cup final in four editions, none of which they have been able to convert into victories. In 2012, they had lost to Pakistan by just two runs while in 2016 they were comfortably beaten by India by eight wickets.

They can be proud at having given India more than just a scare, but will hope to clear the final hurdle the next time around.