Rohit Sharma, who led India to the Asia Cup 2018 title, hailed the team’s ability to quickly adapt to challenging conditions in the UAE.

India were given a tough fight by a spirited Bangladesh in the final in Dubai on Friday, September 28, and had tied with Afghanistan in the Super Four earlier, but, overall, were pleased with good all-round performances that ensured that they remained undefeated in the tournament.

“Ours was quite a young team. The conditions were hot, so it wasn’t easy for many of our players, some of whom came from England,” pointed out Sharma after the final. “It was important to get used to the conditions. Some of us came here early – the message was to focus on fitness, since we hadn’t played in such conditions. That was the biggest challenge.”

Sharma, who with Shikhar Dhawan was instrumental in getting the team off to blazing starts, insisted the team had been “dominating from start to end”.

“The spinners have performed consistently in the previous six to eight months, so that’s a positive sign for us,” he said assessing the takeaways. “It wasn’t easy for the fast bowlers to bowl in these conditions, because there wasn’t much help from the pitch for them, but they had good understanding of the conditions and bowled accordingly.

When we came here, I wanted to give them an assurance first that they’re going to be playing all the games. That’s how you make players.

“The middle order didn’t get as many chances as we would have liked, because the top order batted a lot. But they showed signs of handling the pressure well whenever they got the chance. It’s a different matter that they couldn’t finish [games well], but they handled pressure well.

“Overall, we have been dominating from start to end in bowling and batting. We can improve our fielding.”

The final challenged a well-set Indian template. Liton Das defied the bowlers with his hundred and a 120-run stand for the first wicket before the spinners fought back to keep them to 222. Then, in the chase, Sharma’s men needed till the last ball, with a hobbling Kedar Jadhav doing his bit, to scrape through with three wickets to spare.

“You have to give credit to Bangladesh. They played amazing cricket all through the tournament,” said Sharma. “They put us under pressure in the first 10 overs. We thought if the ball got older, the spinners would do the work for us. It was important to keep it tight.”

This was Rohit Sharma’s second win against Bangladesh in a tournament final this year, after India pulled off another last-ball heist in Sri Lanka earlier in March. He took charge after Virat Kohli, the regular captain, was rested, and credited the team for making him look good. 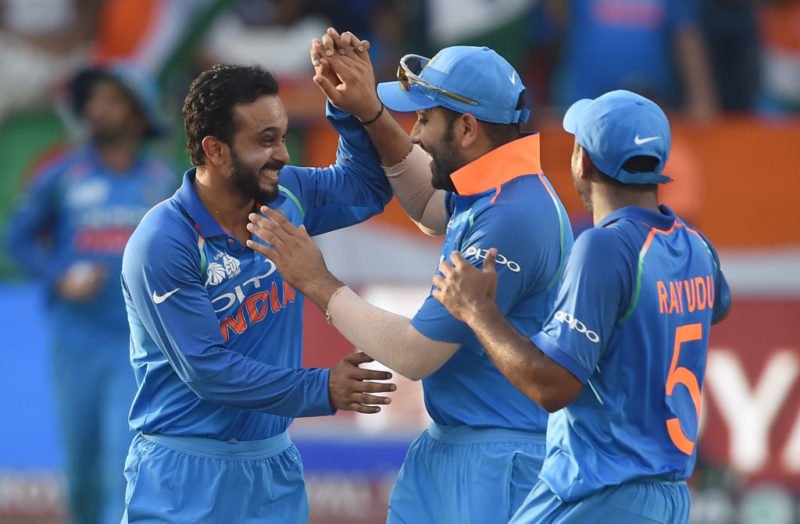 While Kohli, in Tests, has a reputation for rarely going with the same XI – he went 38 Tests before naming an unchanged side – Sharma seems to go the other way. After all, with his own place in the Test side up in the air, he should know the effect that uncertainty has on a player.

“When we came here, I wanted to give them an assurance first that they’re going to be playing all the games. That’s how you make players,” he said. “You need to give them assurance about going and playing freely without taking pressure. If you know that after two games you’re going to be dropped, it’s not easy for anyone. So it’s important to keep that team consistently going and that’s what we spoke at the start of the tournament.”