“There’s always pressure in India-Pakistan games. We’ve told our players, not just this game, consider every match as an India-Pakistan game if you want to win the event,” Sarfraz Ahmed, the Pakistan captain, said on the eve of the marquee clash against India at the Asia Cup 2018.

“There’s pressure, but we’re trying to not let it affect us, and perform well.”

The pressure, and the hype, is understandable. India and Pakistan have been at loggerheads politically for decades now, with only sporadic periods of friendly calm. 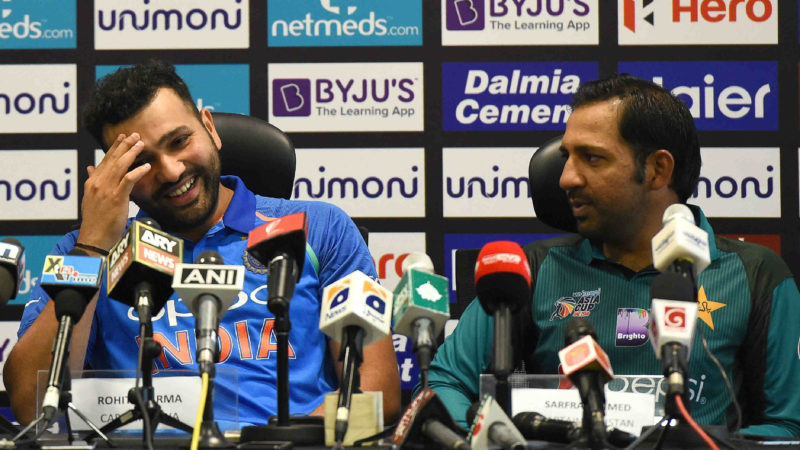 As a result, bilateral series between the two neighbouring countries have been off for a while, and it’s only rarely, at world events, that they face each other. There is so much attention around these match-ups that tournament organisers look forward to them – for crowds, for sponsors, for ratings on TV, and much else.

The last time they met was at the Champions Trophy 2017 final, and Pakistan trampled all over India then, winning by 180 runs.

If that result gives Pakistan an edge, they should be further boosted by the fact that India’s main star, Virat Kohli, is missing from the Asia Cup, and that while Pakistan beat Hong Kong comprehensively enough in their group-stage game, India huffed and puffed to victory after a big scare.

“It was a time in the past and it is gone now,” said Ahmed about the Champions Trophy final. “It was obviously a memorable match for us and that will remain in our minds forever. The players who were part of that game will remember it throughout their careers.

“It is a new event now, new atmosphere, the conditions are completely different. So we’ll try to ensure that the momentum that we’ve got from the first game, we’ll take it forward.

“A lot of people say this game is between Pakistan’s bowling and India’s batting. But I don’t believe that. If you see the past season, our batting is doing well, and bowling is also doing well. I feel it’ll be a good contest and I am hoping we put on a good show.”

As for that hype, and the pressure of expectation, Ahmed, typically candid, admitted to it.

“As players, we take India-Pakistan match very normally, but when the match comes up, the sort of hype that’s created – TV channels discuss it, there are small programmes on social media – so the hype has an impact,” he conceded.

“But the players are told that whenever there’s an India-Pakistan match, you will try and play like you play any other game.”

And, as players for years have accepted, when it’s the traditional rivals across the pitch, giving more than 100 per cent is a given. 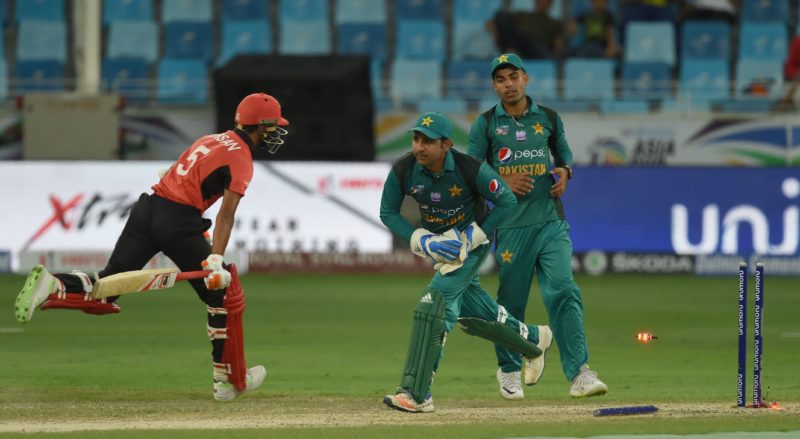 “When you talk of junoon [passion], when you’re at home or you’re going to play a match against India, everyone’s wish is for you to win against India,” said Ahmed. “As a player, as a captain, if you see, we have to win against all the teams but the thing about getting inspired is correct.

“So the junoon is there and you get a hope that against India you’ve to perform … it has happened in the past as well, whichever player it is – whether from India or Pakistan – he becomes a hero in the eyes of his fans.”