It was one of the best contests in the Asia Cup 2018 so far, when Bangladesh first put up 249/7 and Afghanistan got to within four runs of chasing it down, finishing on 246-7.

That Afghanistan were pipped to the post was down to Mustafizur Rahman, the Bangladeshi left-arm paceman with a bag of tricks. Afghanistan needed eight off the last over with Samiullah Shenwari and Rashid Khan in the middle. But Rahman sent back Khan second ball and conceded just four runs – including two leg-byes – to give Bangladesh an important victory.

In terms of the bigger picture, the result helped Bangladesh stay in the race for a spot in the final, where India have already confirmed their presence. For Afghanistan, who have now lost close games to Pakistan and Bangladesh, the chances are dim. 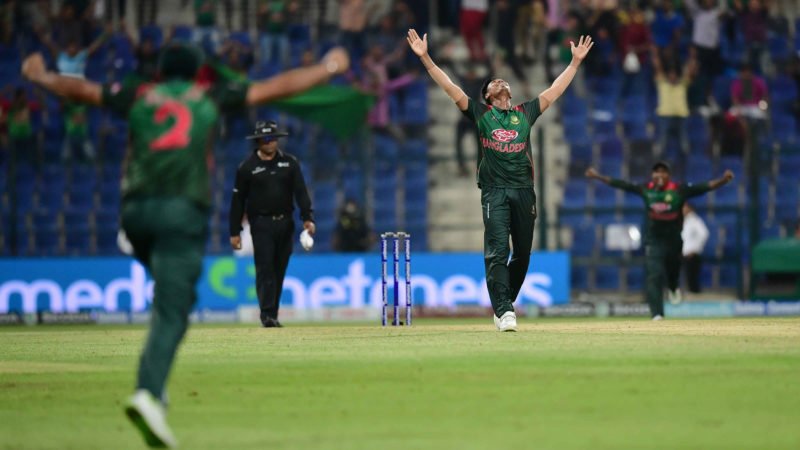 Mustafizur Rahman defended seven runs in the final over

Rahman, entrusted with the last over, was cramping earlier in the script, but shook it off to deliver for his team.

“At the end of the game, Mustafizur was like a magician,” said Mashrafe Mortaza, the Bangladesh captain, after the match. “It was difficult to defend eight runs, credit goes to Mustafizur.

Player of the Match : .@Mahmudullah30 pic.twitter.com/YP40Kmkf3P

“Mustafizur was cramping a bit in the middle. We wanted him to bowl 10 overs but he couldn’t. It is hot and [it’s] a tough job.”

Mortaza himself didn’t do badly, picking up two wickets, but the other heroes of Bangladesh’s win were middle-order batsmen Imrul Kayes and Mahmudullah. 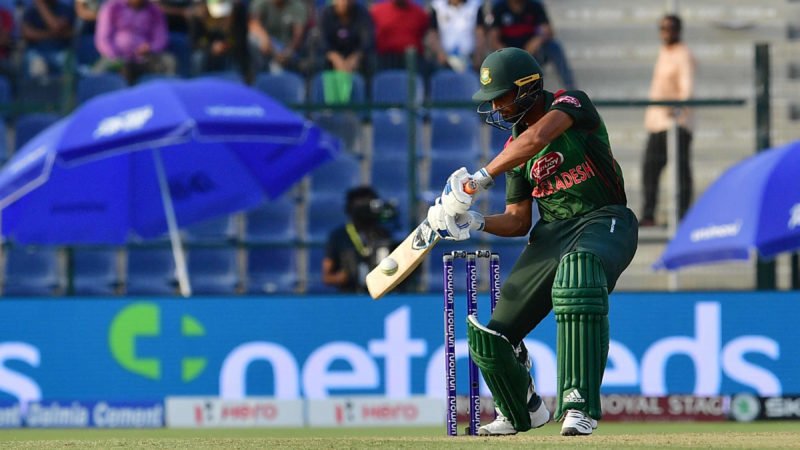 Imrul Kayes scored a valuable 72* in his comeback game

Bangladesh were struggling at one stage, and Afghanistan had the opportunity to go for the kill with the scoreboard reading 87-5. But Kayes, in the side as an injury replacement, and Mahmudullah hit 128 runs together for the sixth wicket to bring Bangladesh back in the game. Kayes hit 72* from 89 balls, while Mahmudullah scored 74 from 81.

“It was Mahmudullah and Kayes, playing his first game… they set it up for us with the bat,” Mortaza acknowledged.

"We should have chased this total down, it was going according to our plan"

For Afghanistan, the chase was on for the longest time. Ihsanullah and Rahmat Shah were sent back early, but Mohammad Shahzad and Hashmatullah Shahidi added 63 for the third wicket and Asghar Afghan, the captain, then joined Shahidi for another 78-run stand.

Shahzad scored 53 in 81 balls, Shahidi top-scored with 71 off 99, and Afghan scored 39 in 47. When they were done, Mohammad Nabi kept the team’s chances alive with a 28-ball 38 before leaving Shenwari and Khan with the responsibility, which Rahman denied them. 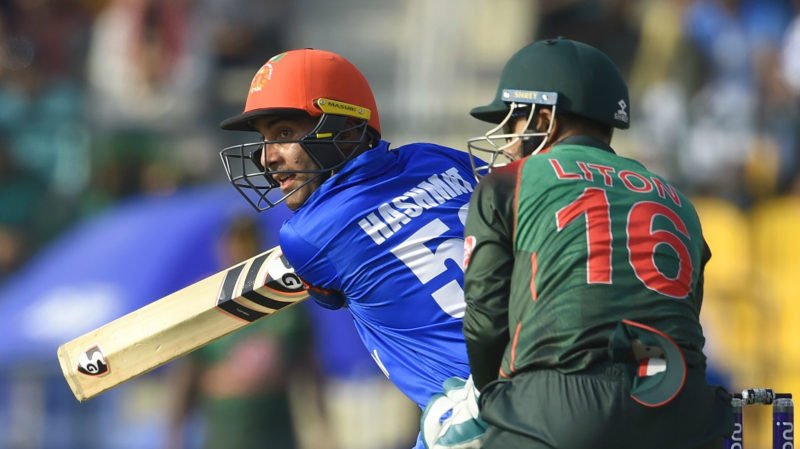 Hashmatullah Shahidi top-scored for Afghanistan with a 99-ball 71

“We required eight off six and it was not difficult specially when [Gulbadin] Naib, one of the main batsman in the death overs, was batting,” said Afghan.

“Mustafizur bowled very well, I will give credit to him. He is a good variation bowler, (but) we should have chased this total down. It was going according to our plan. In the last overs, we had wickets in hand. Maybe we should have taken singles or doubles (instead of going for boundaries).

“250 wasn’t a lot on a wicket like that because it was good for batting. When you play against full-member teams, they don’t allow you a lot of mistakes.”