Rohit Sharma and Shikhar Dhawan, the India openers, scored centuries as India made it two-in-two against Pakistan at the Asia Cup 2018, sealing a dominant nine-wicket win in their Super Four game.

“With Shikhar, I don’t need to speak much. It is important to just let him be himself, and we have batted enough now to understand each other’s games. We all know how important the first ten overs are and not losing wickets upfront puts us in the driving seat,” said Sharma after the game.

Player of the match: @SDhawan25

Dhawan, who was adjudged the Player of the Match, said he wanted to make the most of the batting-friendly conditions in Dubai.

“I enjoyed my game and I’ve been in good touch and just wanted to make the most of it. It’s a good batting track and I have enjoyed the way I was batting,” he said. “It was sensible and liked the balance of it. Pakistan have got a good bowling attack and I knew that as openers we have to stay because they have got good pace and once I got set, I kept carrying on.

Related Story: Is it time for India to look past Shikhar Dhawan?

“As I’ve mentioned I wanted to be sensible with my shots as I’ve thrown it away in the past. That’s the good thing for me and it’s nice to have that balance. When you play 20 overs it gets easy. The plan was not to lose wickets in the first 10 overs. Rohit played an amazing knock today and he’s very good at converting those 50s into 100s and that’s something I’ve learnt from him.” 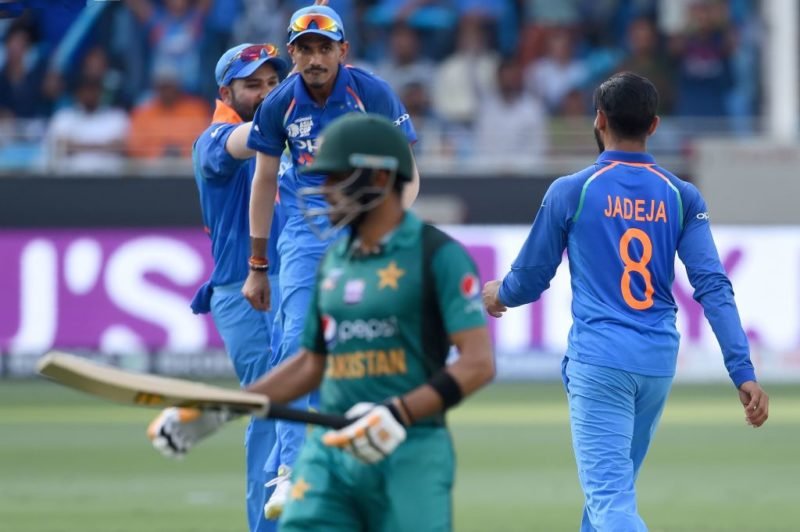 After winning the toss and electing to bat, Pakistan limped to 237-7. Jasprit Bumrah, Yuzvendra Chahal and Kuldeep Yadav picked up two wickets apiece to prevent Pakistan from gaining momentum.

“Even Bhuvneshwar Kumar to start with, he kept the pressure on the Pakistani batsman and it was important to keep the pressure on at all times. We never wanted to let them off the hook, it was important to keep it a bit tight and again, our spinners have been magnificent throughout the tournament, they kept taking wickets in the middle and when you keep doing that, that’s the amount of runs you are going to chase.”

Congratulations on your 100s @ImRo45 and @SDhawan25. Such clean hitting! Always a joy to watch you both in full flow. #INDvPAK pic.twitter.com/yxzFEGtDak

India have not lost a single game in the tournament so far and have secured a place in the final with one Super Four game to go – against Afghanistan.

“All of the guys showed a great amount of character and it was important. We spoke about it that whatever performances we have had in the past, we have to leave it behind, it is a fresh day and we need to give it all and that is exactly what the guys did,” said Sharma.

"All of the guys showed a great amount of character"

“It was challenging conditions, we knew it was going to be tough to come out and repeat the performance, but again I don’t want to take any credit from all the 11 players who were out on the park today.”