Another Test series, another comprehensive win. South Africa came to India with hopes of causing an upset but, like many other teams, left battered, bruised and broken.

An innings and 202-run victory at Ranchi completed a 3-0 whitewash for Virat Kohli’s men, keeping them firmly placed at the top of the ICC rankings.

A result like this was expected, not just because this is one of, if not the, weakest South African sides to tour the subcontinent in many years, but also because of India’s phenomenal power at home. They have only lost one Test series at home since 2005 (vs England in 2012) and since the start of 2013, their home form reads: P33, W27, L1, D5. It is a phenomenal record that raises the question: is winning a Test series in India the toughest challenge in cricket?

India have a tried and tested method when it comes to winning at home. The first part of their strategy comes before the first ball is even bowled – the toss. Given the fact it is simply the flick of a coin, a certain reliance of winning the toss becomes a risky one. However, at the moment, it is working, with India winning six of the last seven tosses at home. Their preference thereafter has been to bat first, when the pitch is at its best for batting. It’s not just they who have this preference, either – only in three of the last 32 Tests in India has a team who has won the toss chosen to bowl first.

Winning the toss and batting first is huge to India’s game plan and it’s easy to see why. Their star batsmen rarely fail to cash in, with Virat Kohli and Cheteshwar Pujara averaging 68.44 and 60.04 in India respectively and now Rohit Sharma bumping up his own home average to a staggering 99.84 off the back of a sensational recent series against the Proteas, where he hit three centuries, including a double in the final Test.

Interestingly, India initially struggle to break teams down at home and that is in part due to the state of the wickets. Since the start of 2016, there has only been one Test that has seen a rapidly turning pitch from day one and it is telling that this was the sole Test that Kohli’s men have lost since the start of 2013 – against Australia in Pune, where visiting spinners Steven O’Keefe (12-70) and Nathan Lyon (5-74) outbowled their opponents.

That, it appeared, was a gamble that didn’t pay off and India have gone back to the method that they know best. Due to the flat nature of the wickets, none of the 16 instances of teams being bowled out for less than 100 worldwide since 2016 have occurred in India. In addition, there have only been six instances in the history of Test cricket where a side has managed less than 150 in an innings in India, with only two of them being in the first innings of the match. 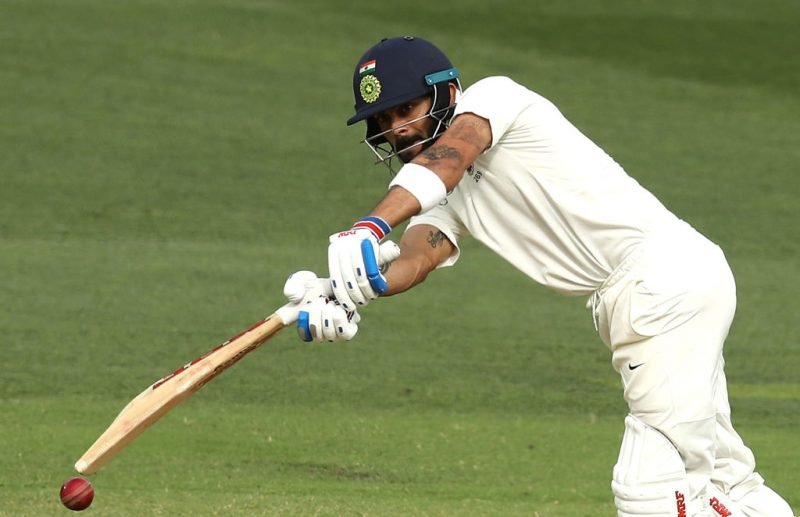 However, while visiting teams rarely crumble in the first half of Tests in India, they struggle to keep up with India’s relentless appetite for big first-innings runs and then fall behind when the pitch breaks up. In the seven Tests since the start of 2016 in which their opponents have passed 350 in their first innings, India have not lost any, winning four of them. Even England, who posted 537 at Rajkot, 400 at Mumbai and 477 at Chennai on their 2016/17 tour, failed to get the better of the home side. While visiting teams retain hope with what they think are good first innings scores, India simply outlast and overpower them.

With strong batsmanship usually prominent in the first innings, Tests in India tend to go the distance. In fact, since the start of 2016, the average number of overs in a Test there is 335 – only games in the UAE have lasted longer in that period. India have acquired the knowledge and gameplan to succeed at home, which is stay in the game for as long as possible and, eventually, the opposition will crack under the pressure.

Where India really strike is in the second innings. With a substantial first-innings lead in their favour more often than not, the home side’s spin attack really comes into play. The pairing of Ravichandran Ashwin and Ravindra Jadeja has proven to be a consistently potent one over the years, with the former averaging 22.84 with the ball in India (compared to 31.40 away) and the latter having a home average of 20.62 (35.06 away). To put it into context, since the start of 2016, India’s spinners have collectively averaged around 25 in home Tests, compared to visiting spinners, who have taken their wickets at twice the cost.

It proves to be a near-perfect combination. Ashwin provides the mystery and magic deliveries, while Jadeja offers a more orthodox method which has proven to be effective, particularly against opposition right-handers. Both have a wealth of experience of how to deal with home conditions and know that it is a patience game, with the pitch set to offer more assistance as the match goes on. And while India have tried other spinners in recent years, such as Kuldeep Yadav, Jayant Yadav and Amit Mishra, the Ashwin-Jadeja axis is the one that the selectors keep turning back to because of their reliability.

It’s not just India’s spinners that are having an influence on their success, either. The improvement in their seam attack has been a surprising but equally welcome addition to their armoury. The likes of Mohammed Shami, Ishant Sharma and Umesh Yadav have used a combination of good pace, accuracy and consistency as a way to get life out of pitches that have often favoured batting and, later, spin bowling, while Jasprit Bumrah might just be the best all-formats bowler in the world.

In certain cases, success has been found more so at home than abroad, where pitches in countries like England, New Zealand and South Africa tend to offer more assistance. Shami is a perfect example, with the 29-year-old averaging 22.09 at home, with a strike rate of 44.28, compared to an average of 30.40 and a strike rate of 52.83 away from home. Umesh (25.90 average at home, 42,20 away) is another bowler who has thrived more in supposedly less helpful conditions. Against South Africa, India’s seamers’ combined bowling average of 17.50 was their best-ever figure in a series of three or more matches.

“If you look at these two guys [Shami and Umesh], their strike rate is probably the best in Indian conditions in history, which tells you that these guys hit the stumps and the pads more than anyone else before them,” Kohli said. “It’s again a great sign of the kind of intent that the bowlers are running in with now. The fitness levels obviously have gone up, so your brain is obviously supporting what you want to do, because your body also will support that workload. These guys are relentless, they’re running in to just take wickets, bowl in areas that make batsmen uncomfortable. 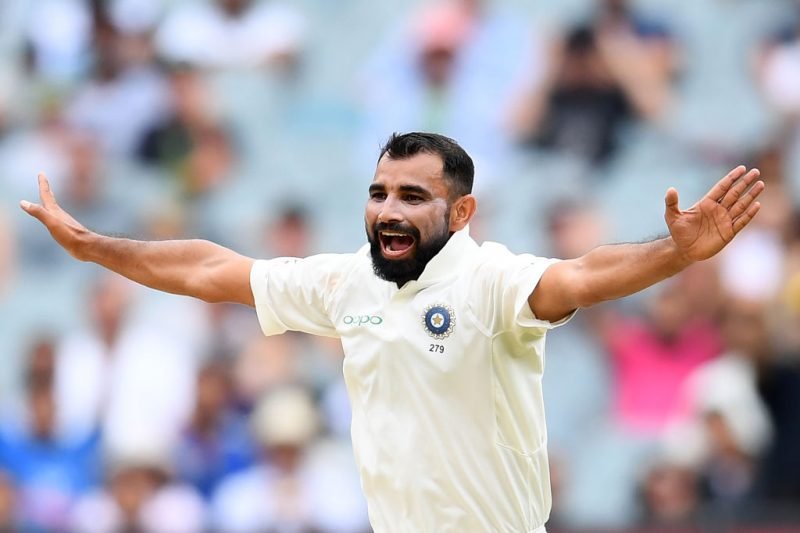 “We speak of doing things differently. As fast bowlers, if you feel like there’s nothing in the pitch but we can make something happen, you will make it happen, because that’s the kind of effort you want to bowl with. If you look at a pitch and you just give up, then you’re getting nothing out of it, so it’s the mindset. They want to make things happen, they don’t want easy cricket, they don’t want easy situations, they want to have things which are challenging, and then they try to come on top, because it’s going to do the team a lot of good if you do well in difficult scenarios.

“It’s all about the mindset. They run in to bowl, they ask – even if the ball is doing a little bit – after the spinners have bowled, they immediately want the ball back, so they want to make an impact, they want to make breakthroughs, and I think it’s about the positive mindset they’ve created for themselves.”

And that is perhaps what sets India apart – they consistently get more out of conditions than their opponents through methods that have been reliable over a number of years. Visiting sides often feel like they are in the game but are eventually overwhelmed by India’s ruthless execution when going for the kill.

Despite winning in Australia last winter, doubts remain over India’s ability to be a force away from home, but there is no doubt that they have made home territory such a fortress that winning there is the greatest challenge in Test cricket.