Ben Jones of CricViz analyses the delicate situation regarding an Indian legend.

MS Dhoni has always done things a little differently. Most geniuses do. Often in sport, the ability of the true innovators is not to execute old plans better than those who’ve gone before them, but to spot a different way to play. Why leap higher over the hurdle, when you can simply go round?

And so it is with MS.

White ball finishing has a clear template. Arrive at the crease, settle briefly, then accelerate gently throughout your innings in a smooth curve from secure to spectacular. Dhoni, for much of his career, said no. Dhoni made it his mission to show the world a different way. He would wait until really late in the innings, then explode. It became not just his style, but bordered on being his intellectual property; a commentator neglecting to mention the similarity to Dhoni, whenever a batsman took a chase deliberately deep, was all but a crime. 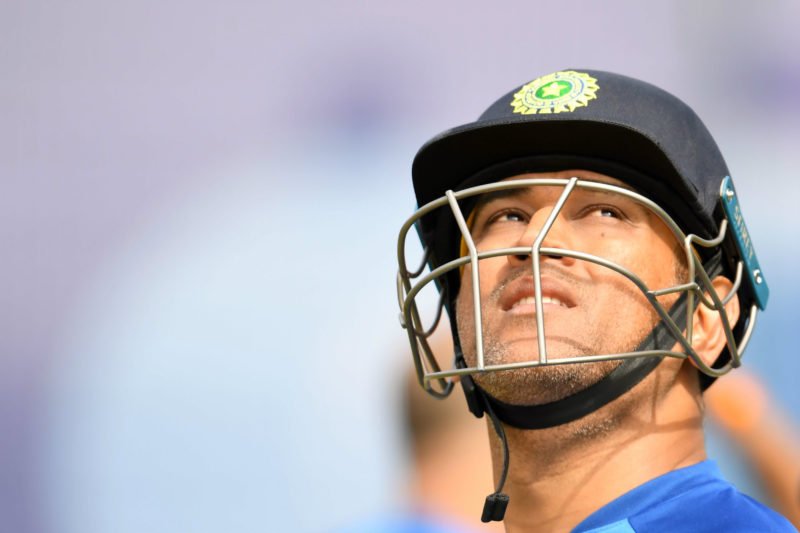 “In the history of the game, MS Dhoni will be seen as a genius, as a man who led the way by doing things differently”

As a tactic, it worked. It won him acclaim, a rampant fanbase, and numerous titles for Chennai and India. There is no doubting that, in the history of the game, MS Dhoni will be seen as a genius, as a man who led the way by doing things differently.

However – the thing about doing things differently is that it protects you from criticism. If you play a substantially different game from everyone else, you make it very difficult to measure you against everyone else, for the punditocracy to compare apples and oranges when talking about your ability.

We can try to compare these mavericks to the norm, of course. True Run Rate compares a player’s scoring rate to the average rate for when they’re batting. If you bat at the death, and you score quicker than the average rate for the death in that year, then you have a positive true run rate – score slower, and you have a negative one. For the first decade of Dhoni’s career, he had a positive true run rate; for the last five years, he has not. 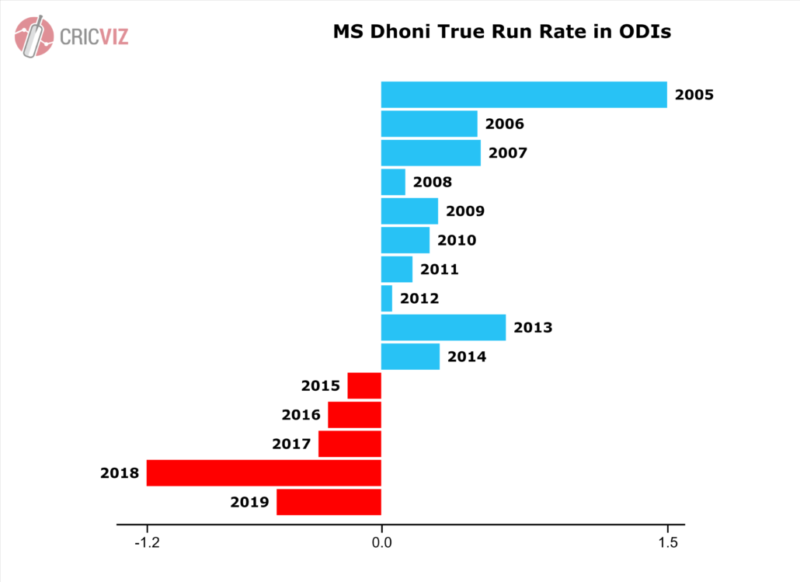 But sure, of course he does. It’s MS. He plays differently.

We can pinpoint specific weaknesses as well, spot cracks in the armour. Only two players in the world – for all ODI cricket – start more slowly against spin than Dhoni. Bowl 20 balls of spin at Dhoni when he first arrives at the crease, you’d expect him to score 11 runs. For a finisher in white ball cricket, that is undeniably poor. 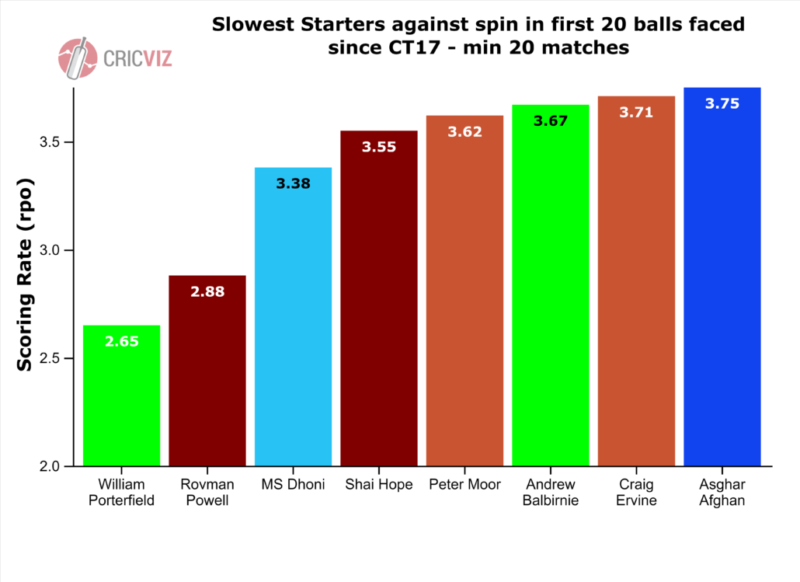 But also, it’s MS. He’s always started slowly, just because the extent of that has exaggerated is not necessarily a sign of terminal decline. 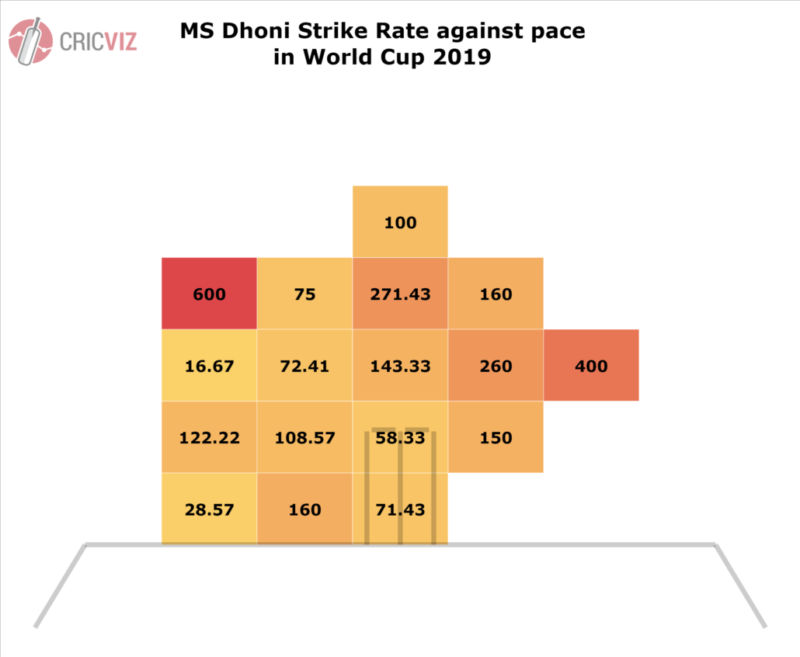 In all of these scenarios, we see the same thing – Dhoni deviating from what we would expect. And yet, isn’t that what he’s always done? He’s always gone against what the normal player would have done. Why should we demand he fall into line now?

It all falls into a greater, wider context however. India’s World Cup campaign was not “disappointing”, really. A semi-final berth, two outstanding individual tournaments from Rohit Sharma and Jasprit Bumrah, and a painless progression to the knockout stages. Yet equally, it wasn’t a “success”. When a team who are No.1 in the world, and have been unequivocally one of the two best sides in the world for four years, don’t make the final, questions are asked. Rightly. 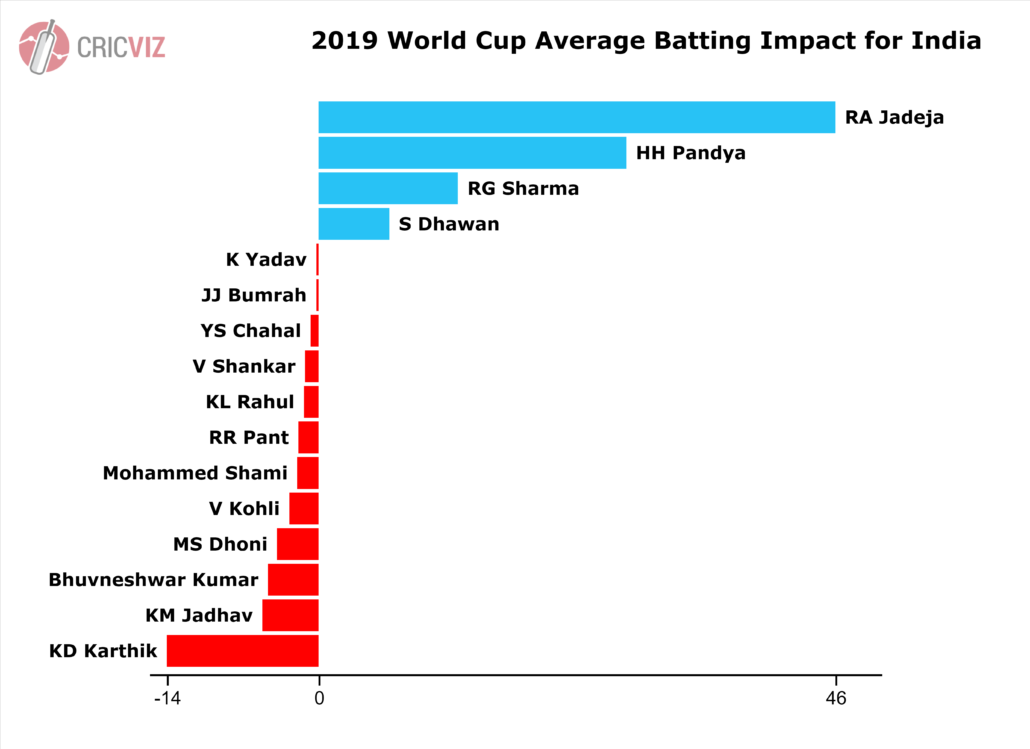 Beyond base thoughts on strategy and selection, the most important question is – what do India want to be? India’s selectors have the chance to build two white-ball teams with a clear, coherent philosophy – “the IPL is the strongest T20 league in the world, and we build from the strengths that it gives us”. They have the strongest talent pool in the world for white-ball cricketers. That’s why Virat Kohli can get away with being a mediocre captain in national colours, but not at Royal Challengers Bangalore. In terms of personnel, India have no need to compromise. There is no need to cling to fading talent. There is no need to indulge.

MS Dhoni should not play another one day international. Given the availability of easy singles in T20, he could continue to play the format for his country, and arguably play better than he does in the 50 over format. But why would you want him to play?

Talk all you like about the value of MSD on the field, about how he teaches his captain field settings, inspires bowlers. Well, at some point, the next generation of leaders have to take over – taking the best of Dhoni’s leadership teachings with them – and set about creating something new. Very little grows in the shadow of taller trees. 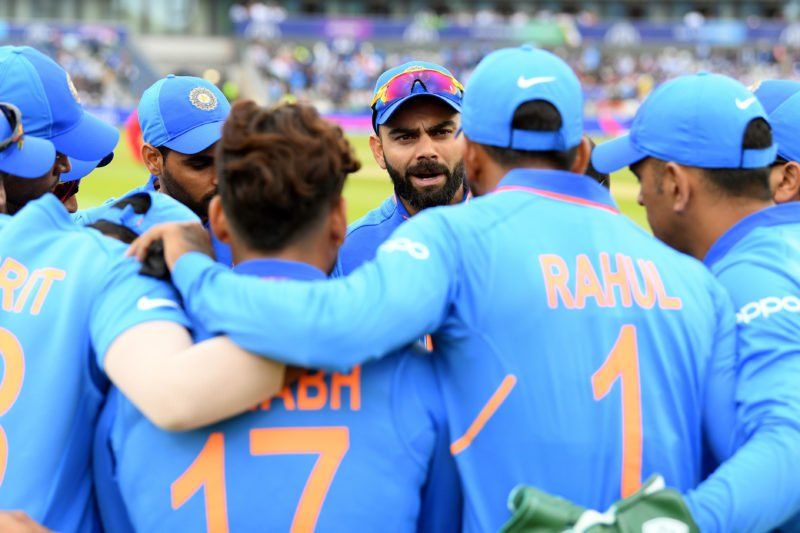 “At some point, the next generation of leaders have to take over – taking the best of Dhoni’s leadership teachings with them”

You get the sense, still, that if MS decides he wanted to play T20 until the T20 World Cup, then he will continue to be selected. That’s the Indian selectors’ prerogative, but they have a chance to learn something from this tournament, and from others. When India won in 2011, they dropped legends well ahead of the tournament. Two years later, they won again, this time it was the Champions Trophy. They haven’t won a white ball tournament since.

Related Story: Quiz! Name the Indians who made their Test debut between MS Dhoni’s first and last Test

Dhoni has always been an outlier because of the way he approaches the task of white ball chases. Rishabh Pant, right now, is the same, his strategy as alien to the rest of the Indian side as Dhoni’s has been to the rest of the world. The difference is that Pant is yet to win the World Cup with his method, yet to fully win over huge swathes of the Indian public, and the Indian cricketing establishment. There is no cult of personality around Pant, as yet.

And this is why Indian cricket needs to cut the chord, and cut it properly. No farewell series, no manufactured matches at home grounds, no sense of sentiment overpowering the fundamental aim of trying to win matches and tournaments for the Indian national side. This is their chance to fully embrace the new generation. Indian cricket has a lot to thank MS Dhoni for, but right now, Indian cricket is far better than MS Dhoni. The rebuild starts here.