Lancashire sit on top of the Wisden All-Format County Table as the only team to aggregate over 400 points. Jon Hotten offers a deeper insight on their journey to the top.

Late last year, and with a heavy heart, I was rereading Bob Willis’s Diary of a Cricket Season, written in 1978. After only three paragraphs, Bob was in off the long run: “The early weeks are absurdly cluttered with one-day cricket; you either seem to be playing 55-over games or 40-over games; the Championship gets lost until almost the end of May.”

It reminded me of an email I had received from Wisden. They too had been taking stock of an era passed. This one had begun in 1963 when a second competition joined the Championship, and ended in 2019, with the announcement of The Hundred, the first domestic tournament not to feature the counties. The Almanack had compiled a spreadsheet of those 57 summers, tracking the performance of every side in each competition, and awarded points to the winners, runners-up and – where applicable – semi-finalists. The system weighted the Championship above the others, but aimed to keep things simple. 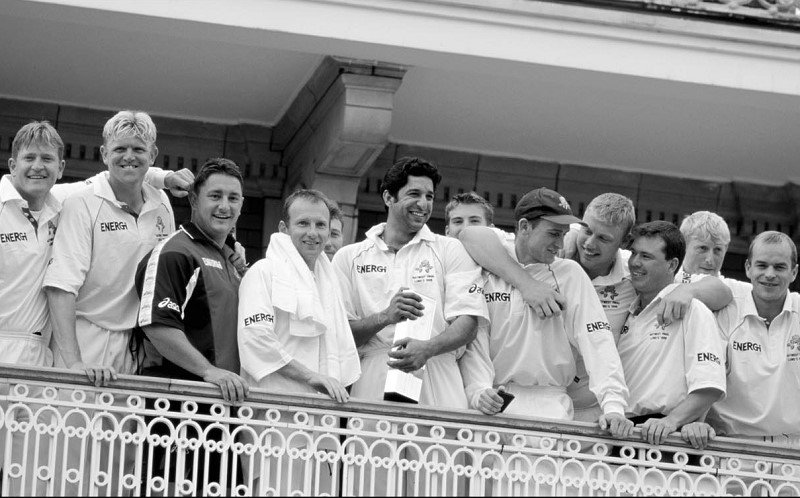 How had 1978 played out? County Champions: Kent. Gillette Cup: Sussex. John Player League: Hampshire. Benson and Hedges Cup: Kent. More from Bob’s diary, Sunday, May 14: “Kent have never been my favourite bunch of blokes, and I liked them even less when they beat us in the Sunday League… We had them in a lot of bother until John Shepherd saw them home.” The next April, Shepherd was one of the Wisden Five, along with Gower, Lever, Old and Radley.

I looked at the spreadsheet again. Each entry, I realised, was not simply an outcome: it was a story, a day, a week, a season in the life, in many lives. Eras formed, teams rose and fell.

• Late-1970s Somerset, always at Lord’s, with Beefy, Viv and Joel, Dasher Denning and the Demon of Frome (Colin Dredge).

• Middlesex’s three Championships in the first half of the 1980s: Brearley, Gatting, Emburey, Edmonds, Daniel – what a bowler the Diamond was.

• Warwickshire in 1994 and ’95, a treble, then a double: Reeve, Small, Brown, Munton, Donald, the Smiths, Lara – greatest few weeks of batting ever.

• Gloucestershire around 2000, unbeatable at the short stuff: Russell, Alleyne, Barnett, Snape, Harvey – the “Freak”, with his supernatural slower one.

• Further forward, the Sussex of Mushy and Goodwin, the Surrey of Hollioake and the noble Ramprakash…

The effect of overseas players was visible. Uniquely, Nottinghamshire recorded a Eurovision-style null points decade, in the 1970s, despite the presence for several years of Garry Sobers. Then came Clive Rice and Richard Hadlee, who arrived in 1978 but landed in 1981, with 105 wickets at 14, as Nottinghamshire swept to the Championship title. There was another in 1987, when Hadlee took 97 at 11, the Trent Bridge green top now feared throughout the country.  Meanwhile, Sussex managed no Championship top-four finishes in the 1990s, when they mustered 14 points in all competitions – and then found Mushtaq Ahmed. In 85 first-class games, he claimed 478 wickets at 25, and Sussex had their first three Championship crowns.

It tripped the memory, this chart, revealing the most successful team of each decade: 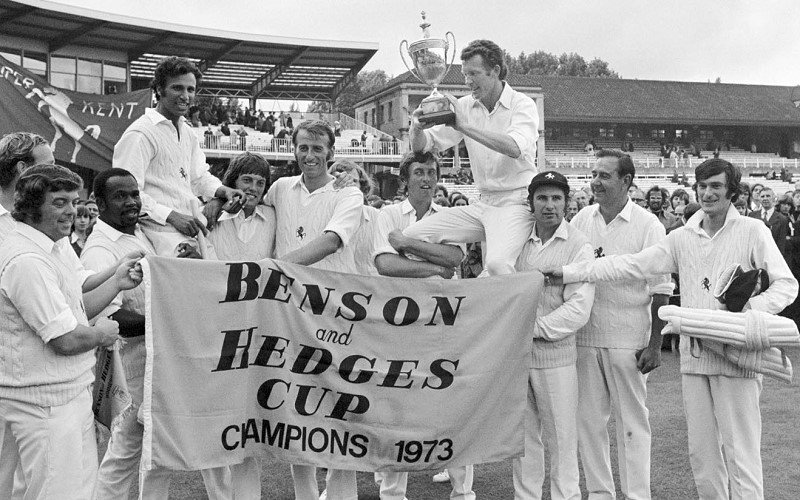 Sweeping the 1970s: Kent dominated the decade like no one since

Some Moneyballing of the top-line stats underlined old truths. Lancashire were not a pre-eminent Championship team, accruing only one title (in 2011), and just 114 of their points, in the longest form. On that score, they were trumped by seven counties, with Middlesex top (though only sixth overall). They, Essex and Yorkshire accounted for 22 titles, nearly two-fifths of the total.

Lancashire’s power came in limited-overs cricket. According to the points system, they have been the second-most successful side in the Gillette Cup and its successors (behind Warwickshire), second in the B&H (behind Kent), third in the Sunday League (behind Essex and Kent), and joint-first in T20 (with Somerset). In all, their 17 short-form titles bested Warwickshire’s 13, and the 11 by Kent and Essex. Kent’s extraordinary record as runners-up – five times in both knockout cups, four times in the Sunday League, once in the T20 Cup – showed their depth and consistency.

But it has been the Red Rose era, a dynastic span started by Jack Bond, who captained Lancashire to their first five one-day titles. Bond could call on Farokh Engineer and Clive Lloyd, the proto-one-day spinner in Jack Simmons, a blueprint of wicketkeeper-batsmen, middle-order power and containing bowlers that still holds good. The key was succession, from David Hughes in the dying of the light through John Abrahams, Neil Fairbrother, Mike Watkinson, John Crawley, Warren Hegg, the eternal Glen Chapple, a northern brew of the home-grown and the glorious import: Wasim Akram, Stuart Law, Carl Hooper. Everyone has done it, but no one has done it quite like Lancashire.

The spreadsheet measured change, too. The prime minister during the 1963 season was Harold Macmillan, born in 1894, when Grace was in his autumn. That summer had not just the new Gillette Cup, but the first Doctor Who and Beatles album, and the Great Train Robbery. The distance between then and now seems mutable: Doctor Who and the Beatles live on, the current prime minister was not yet born. Cricket has got both longer (four days) and shorter (20 overs). There has been evolution in the competitions, and a flow of sponsors, from cigarettes to insurance, redolent of changes in how we live. There has been a revolution in playing technique, especially from 2003 and the introduction of the Twenty20 Cup. That idea has become the game’s second Big Bang, its expansion into global franchises ushering in The Hundred, and its centralisation of power and talent.

In 2015, there was a refocusing of English cricket. It turned the way the wind was blowing, and won a World Cup. What a day it was, and what a team they are. But England’s Test side paid a price: 2019 was the first year this millennium they had not won a series, the cry for players with more durable skills echoing back into a Championship programme shunted to either end of what is now a white-ball season.

There’s a glinting uncertainty to the summer of 2020, and those beyond. Crisp-sponsored franchises lack the hinterland that comes alive with the names and competitions scattered across decades. And yet the sport has always been in one kind of flux or other, as Bob’s Diary of a Season showed. Cricket is a slow game in an accelerating world, and things get left behind as the future rushes in. Exactly what we have lost is the question.

Jon Hotten is the author of six books, including ‘The Elements of Cricket’, to be published in 2020.