Paul Collingwood, who celebrates his birthday on May 26, had to work hard to make it as an international cricketer. But his qualities shone through when he was a Wisden Cricketer of the Year in 2007. This tribute was published in Wisden that year.

Amid the extravagantly prolonged jubilation that accompanied England’s Ashes victory in 2005, one of the early discordant notes was sounded when the New Year’s Honours List was published. Nobody could quite fathom why Paul Collingwood had, like the England regulars, been awarded an MBE for scoring seven and ten in his only Test of the summer. No matter that tens do not come more important, it still seemed daft.

Collingwood ignored the disdain and got on with the job of securing his position in England’s Test side. He was happy – elated even – to have the letters after his name, but recognised that he had unfinished business. Having spent much of the previous five years banging on about his dream of becoming something more than a solid one-day cricketer (acquiring few listeners and fewer adherents), he now had to justify his gong by making it come true. 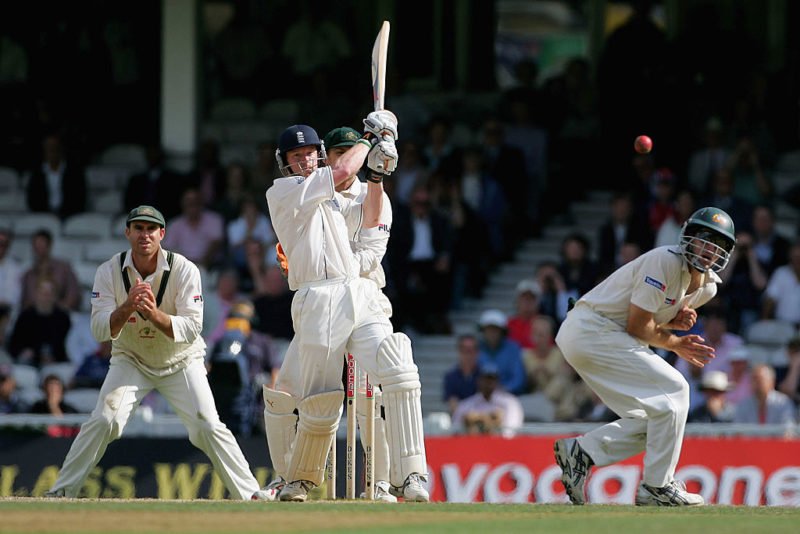 Paul Collingwood in action for England during the 2005 Ashes

During the following months, Collingwood gradually, but increasingly, defied the sceptics. He came to embody the sort of cricketer who not only made the most of his ability but was also determined to keep getting better. Any artist looking for a model of a jutting jaw should watch Collingwood every time he goes out to bat. It was strange to hear him say once – possibly because philosophy is not his natural bag – that some people are put on earth to play cricket and that he believed he was one of them. That belief has taken him a long way.

After the 2005 Ashes, he moved, almost by stealth, from the fringe into the starting line-up. In Lahore, he twice came close to centuries in defeat. In Nagpur, the hundred came. And at Lord’s, against Pakistan, he produced a big one: 186. It contained all his traits: the short backlift, the bottom-handed shots, the willingness to play within his limitations, the grittiness under fire, the sheer northern bloody-mindedness. Hardly anyone now questioned his right to be there.

It was clear that Fletcher and the senior players liked having him around: genial, uncomplicated men who field brilliantly have that advantage

Paul David Collingwood was born on May 26, 1976, in Shotley Bridge, the second of two sons. His father David was a stalwart opening batsman at the village club, who play on one of the North-East’s loveliest grounds; his mum Janet made the teas and the family spent much of their summers there. Paul was a good schoolboy cricketer but might never have turned professional if Durham hadn’t done so, at just the right moment. The young Collingwood was exactly the sort of local lad the new first-class county wished to recruit and mould, and equally exactly the sort that might have been overlooked by others.

A few weeks before his 20th birthday, he made an auspicious County Championship debut, bowling David Capel of Northamptonshire with his first ball and making 91 in his first innings. There followed a long silence, but he was helped by the fact that David Graveney, Durham’s first captain in the Championship, later became chairman of selectors. Graveney always liked the cut of Collingwood’s jib.

So too – after he was unexpectedly selected for the England one-day team in 2001 – did the coach Duncan Fletcher, since he epitomised the multi-dimensional cricketer Fletcher admires. Collingwood’s ground fielding at backward point is routinely magnificent. His swing bowling, threatening in certain conditions, made him an authentic one-day all-rounder, although he is one who concedes more than five runs an over. 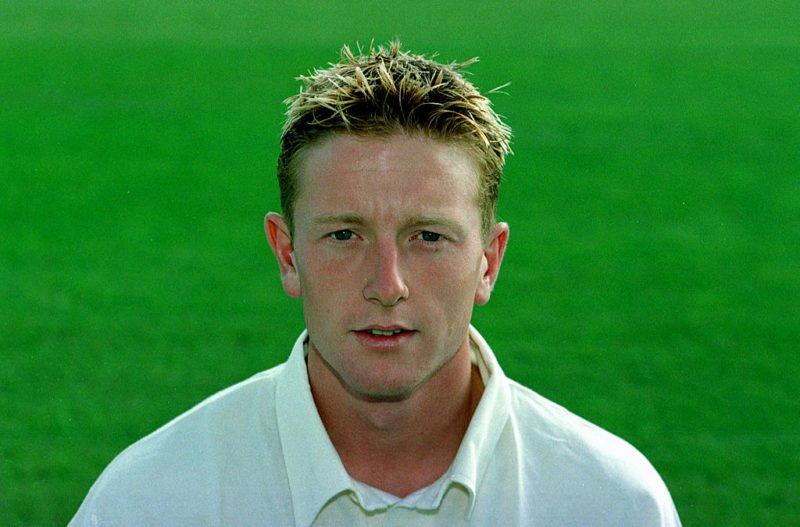 Paul Collingwood played primarily for Durham during his county career

The initial international forays against Pakistan and Australia were a disaster, and he returned to Durham somewhat chastened. He spent weeks wondering if he had what it took, and decided (jaw jutting, no doubt) that he had. Given another chance against Zimbabwe that winter he was palpably nervous. But he pulled through, eventually becoming the 11th England player to win 100 one-day caps.

As his appearances grew, so did his influence. It was clear that Fletcher and the senior players liked having him around the Test squad: genial, uncomplicated men who field brilliantly have that advantage. But being around is not the same as playing. He played his first couple of Tests in Sri Lanka in late 2003, but his role was unclear. He didn’t seem to be a front-line batsman; in Kandy, he was actually the third seamer, and that didn’t seem right either.

It was strange to hear him say once that some people are put on earth to play cricket and that he believed he was one of them. That belief has taken him a long way

Occasionally spectacular one-day performances – culminating in his century and 6-31 against Bangladesh in 2005 – helped his cause. He was in line when Simon Jones dropped out at The Oval, and the selectors wanted to bolster the batting. As others tottered in the post-Ashes comedown, he walked taller, and kept sending the message “drop me if you dare”. 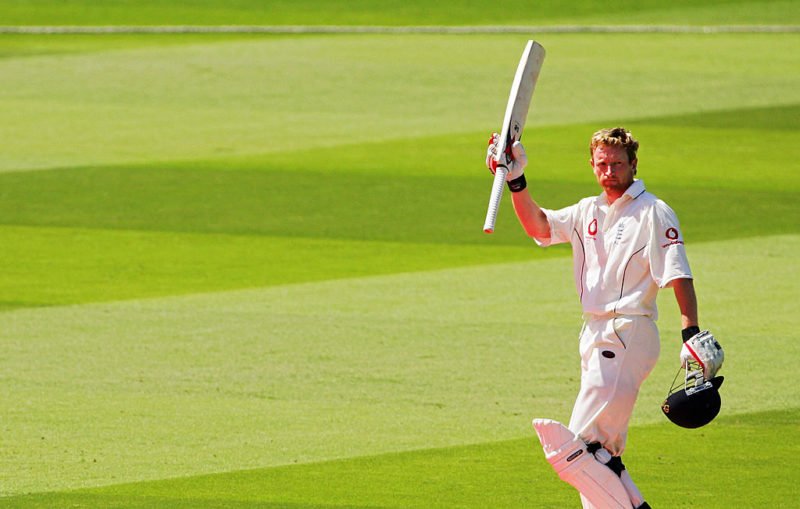 It was generally accepted that, with Andrew Flintoff fit again, Collingwood would be left on the sidelines for the 2006/07 Ashes rematch. The early exit of Marcus Trescothick, however, restored him to the team, and at No.4 to boot. Over-promoted? His response was a fluent, occasionally exquisite, second-innings 96 in the defeat at Brisbane and an outstandingly resolute (if ultimately equally futile) 206 at Adelaide. The previous highest innings for England in an Adelaide Test was 187 by Jack Hobbs in 1911/12. No Englishman had made a double-century in any Test in Australia since Wally Hammond in 1936/37.

Hobbs, Hammond, Collingwood. That’s not a list anyone expected to see. But then Collingwood is a cricketer who keeps surprising people. “I’m more at ease with my game than at any time,” he said. “I’m always going to be a hard worker. Hopefully, one day it will become a little easier, but somehow I doubt it will.”

Paul Collingwood scored 4,259 runs in 68 Test matches at an average over 40, playing his last Test in 2011. He also played 197 ODIs – a format in which he claimed 111 wickets. He went on to captain Durham, whom he represented his entire career, before calling time on an illustrious career at the end of the 2018 season at the age of 42.