Ray Illingworth was one of a select group of England captains to win an Ashes series in Australia. His single-minded quality was assessed by one of England’s greatest all-rounders in the 1973 Wisden Cricketers’ Almanack.

From the moment Ray Illingworth established himself as a permanent and vital member of the Yorkshire XI there has never been the slightest doubt that he was a top class all-rounder, exactly the type of player any team would welcome.

First, he was an off-break bowler with that natural mean streak which is second nature to any self-respecting Yorkshireman, an absolute detestation of presenting any runs to the opposition. His skill stemmed from those two basic essentials – length and line. To these he added the refinements of ability to spin the ball, and, as one would expect from someone who started life as a medium-paced seamer, to drift one away from the bat.

On good pitches he could be depended upon, while on a helpful wicket he was a match-winner, and it is noticeable how economic he still is in limited-over cricket. In general, it would be true to say that he relies on beating the batsman off the pitch rather than in the air because his trajectory has always been rather flat and his arm relatively low. Another weapon he developed was a well-disguised change of pace, and he also learned the virtue of bowling close to the stumps from over the wicket, but rather oddly he has always tended to go wide when bowling round the wicket which I fancy has reduced his effectiveness against left-handers.

Secondly, he has been an ideal middle-order batsman even though he started life higher up the order. If the early Yorkshire batting failed he was just the right person to restore normality to the situation because he enjoyed leading a recovery and possessed the attribute of a sound, correct defensive technique and the temperament for the job.

Thirdly, he was a most thoroughly reliable all-round fieldsman with a safe pair of hands, who was probably at his best in the gully.

Although there has never been any question as to Ray’s worth as an outstanding all-rounder in county cricket some have reservations about his ability at international level and it must be admitted that until his recall to the Test scene several years after his career for England appeared to have ended, his Test record was unspectacular. 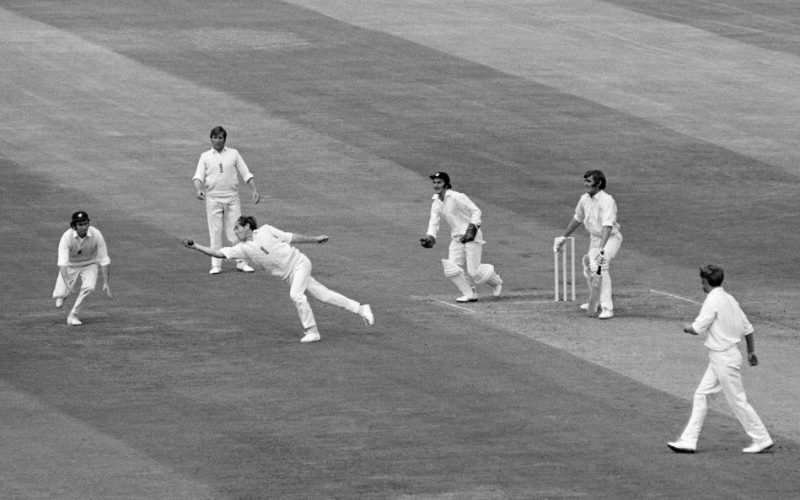 Apart from his expertise with the bat and the ball, Illingworth was known for his sharp fielding skills

His bowling had always been tidy, but he had not proved as effective as either Freddie Titmus or David Allen in Test matches where the pitches, in general, are unsympathetic to off-spin. He had also failed to impress overmuch with the bat and he had at times suggested uncertainty against wrist spin, a not uncommon characteristic with Yorkshire players.

Ray became captain of England as a result of three different, but related events which had nothing to do with his performance as a player or skipper. First, after 17 years with Yorkshire he decided in the winter of 1968 to leave the club because he was dissatisfied with the length of the contract which had been offered him.

Ray Illingworth did so well for England, both as skipper and as player, that he turned a temporary job into a permanent one.

Secondly, Tony Lock, who had done so much to raise the morale of Leicestershire – he made them believe in themselves – failed to return from Australia, so that the county suddenly found themselves without a captain and spinner. To overcome this considerable loss, Leicestershire sensibly turned to Ray Illingworth, who had both the skill as a player and the professional know how to carry on the job begun by the former Surrey cricketer.

The one thing they never considered was that they had engaged the future leader of England, and, in purely domestic terms, his selection proved something of a handicap to his new employers, because it meant him missing so many matches. 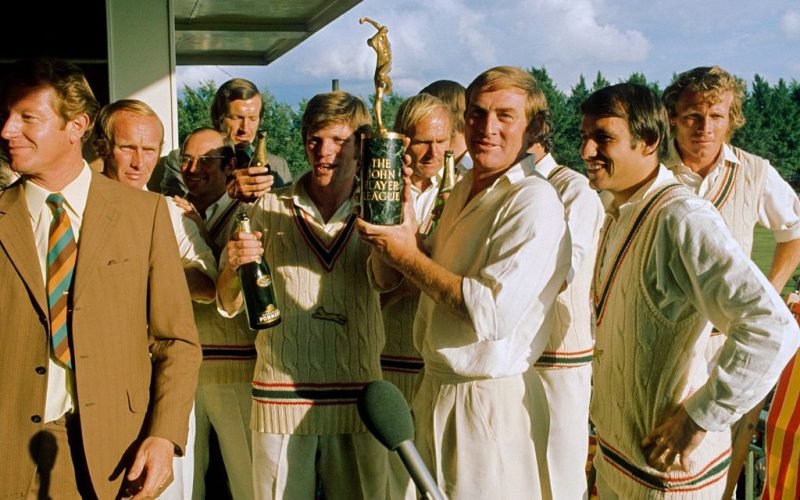 Thirdly, Colin Cowdrey, who had finally established himself as unchallenged captain of England, had the cruel misfortune to be seriously injured. The outcome was that the English selectors, who still seem to think that the England captaincy must go to a county skipper, despite Sir Leonard Hutton’s record, turned to the newly-appointed Leicestershire leader as a stop-gap measure.

Ray at that time had led Leicestershire on only a few occasions and he relied on the knowledge he had acquired during his long stay with Yorkshire. If he had remained with them; if Tony Lock had not stayed in Australia; and if Colin Cowdrey had not been incapacitated, he would almost certainly never have been appointed, which underlines that fate is responsible for more captains than anything else.

Just like his illustrious predecessor, Len Hutton, he only liked to gamble on certainties.

Ray Illingworth did so well for England, both as skipper and as player, that he turned a temporary job into a permanent one, going on to regain the Ashes and to retain the Ashes. And proving himself, in terms of results, one of the most successful of all the long line of England captains. His distinguished reign, which spanned 30 consecutive Tests and is presumably over, or nearing its end, has emphasised one fact.

The first requirement for a successful Test leader, apart from a good, well-balanced team, is a sound practical knowledge of the game and the ability of his players, plus personal skill to contribute as a player. At international level captains who are passengers are out and should never have been in. What is wanted is definitely not a dashing white charger, so beloved by all those who still believe that Waterloo was won on the playing fields of Eton. 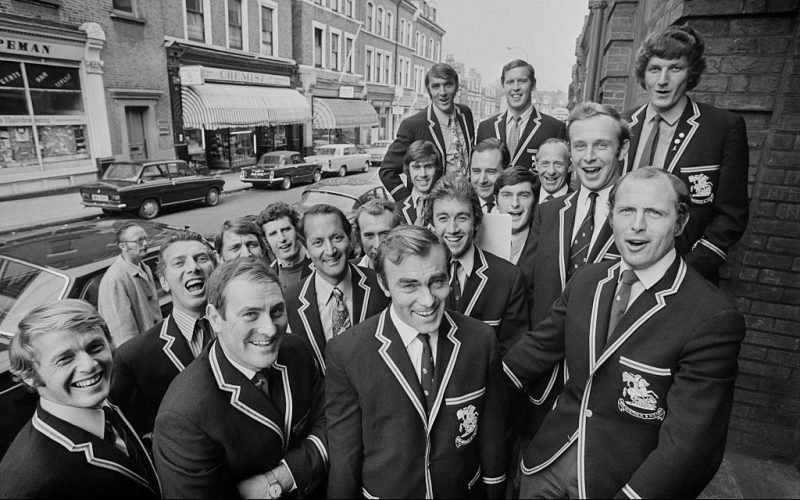 Anybody who knew Ray Illingworth as a cricketer and had played with or against him should have expected him to captain England efficiently. He has always been a keen student and a real professional reared in the hardest of cricketing schools, Yorkshire. It followed that his approach was bound to be realistic rather than romantic. Just like his illustrious predecessor, Len Hutton, he only liked to gamble on certainties.

His first aim was to win, but when, in his opinion, the odds against appeared too great he would then fight for a draw. This was the outlook of a Roundhead, rather than a Cavalier, but who won the Civil War? He played cricket as he was brought up to play it, hard and seriously – giving nowt and expecting nowt in return – which is the best way to achieve results.

He frequently showed himself to be an especially fine player of seam bowling with plenty of determination and application.

What astounded the critics was not that Ray should handle his team most competently, but his own performances as a player, especially with the bat. In this connection I was less surprised than most because I had seen him bat well on so many occasions when I had been playing against him. It is an interesting fact that three of Ray’s first four centuries were made against Essex and the other was during the Scarborough Festival when I was captaining the opposition.

Each time our attack had made a substantial hole in the early Yorkshire batting and appeared to be very strongly placed until Illingworth’s arrival. Then he proceeded systematically, with the aid of the straightest of bats, to rescue his side.

He frequently showed himself to be an especially fine player of seam bowling with plenty of determination and application. I believe he would have scored many more runs if he had gone in higher than No.6 for Yorkshire. His county possessed a strong batting line-up so that he often did not reach the crease, or arrived there with little time remaining. When he was promoted in 1959 he averaged over 40 with an aggregate of more than 1,700.

Ray has regularly proved himself to be a batsman for the occasion and he has plainly revelled in his new role as captain of England, responding with a number of valuable innings when most required. His greatest triumphs were against the powerful Rest of the World XI when in the five Tests he scored 476 runs.

Since his appointment he has batted better than ever before, displaying greater confidence and freedom. In particular, he has improved his technique against the spinners. 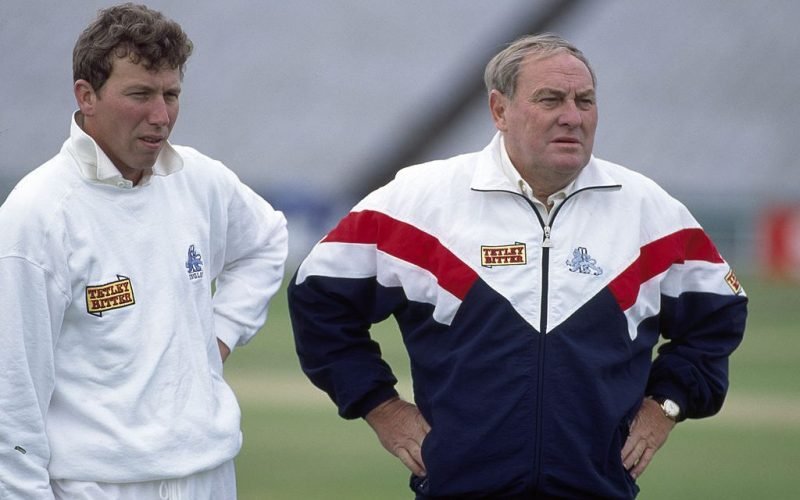 One criticism that has been often levelled against him as captain is his reluctance to bowl himself as much as he might. There have been occasions when he has appeared to forget that he was the second spinner in his team and his own considerable ability as a bowler. He is a genuine craftsman who very rarely is off target.

It might be argued that sometimes he does not give the ball sufficient air, preferring to tie down the batsman and hoping he will make a mistake rather than attempting to buy his wicket in a more subtle manner. This may well have been one of the reasons why he did not experience much joy in the Caribbean.

Although captaining England at home is very largely a tactical operation, taking the MCC abroad produces many other problems, many of which have no direct connection with the game itself, and it really needs another kind of leadership. It is true that MCC under his command regained the Ashes, but it was not a happy tour. My own impression was that it could have been a very different story if the management had been chosen with more foresight as to producing a harmonious atmosphere. In the circumstances Ray coped well with a job (a lonely one) that was made more difficult than it need have been for he enjoyed the support of his players and achieved the main purpose of the trip.

There can be no denying that Raymond Illingworth has made his mark as a highly successful captain in various forms of the same.

Last summer Ray led England against Australia in the best and most exciting series seen in this country for more than a decade. Although the rubber was tied, which was a fair reflection on the merits of the two teams, I felt that England would probably have just limped home at The Oval if Ray himself had not had to limp off with a damaged ankle at a crucial time when bowling well.

Under his command Leicestershire won their first major award, the Benson and Hedges trophy, and would almost certainly have captured the John Player League as well if they had not experienced a whole spate of injuries to key members during the final run-in.

Related Story: Quiz! Every captain to take a men’s Test wicket in the 2010s

There can be no denying that Raymond Illingworth has made his mark as a highly successful captain in various forms of the same. He has proved himself to be a serious, practical leader, lacking the panache of Brian Clough and close to Sir Alf Ramsey or Don Revie in his basic approach.

He is a quiet thoughtful man, with a dry, somewhat sardonic, sense of humour who has forgotten more about cricket than most of his critics can ever hope to know. He also has a useful reply: “Look in the Record Books.” He was one of Wisden’s Five Cricketers of the Year in 1959.

His accolade came in the New Year’s Honours of 1973 when he was appointed CBE for his services to cricket.