Phil Simmons struggled to seal a place in the West Indies Test team, but was an explosive presence in county cricket. His contribution to Leicestershire’s County Championship triumph in 1996 earned him a Wisden Cricketer of the Year award the following season.

There has never been a shortage of talented cricketers at Leicestershire. Any number of them have been and gone over the last 20 years or so. Often they have chosen to go because of the alarming absence of team spirit. Therefore, it came as no surprise to the Grace Road faithful when they tuned into BBC Radio Leicester to hear James Whitaker, Leicestershire’s new captain, refer to his team-mate, Phil Simmons, as an “absolute prick”.

Once could almost hear the collective groan echoing throughout the hunting county as the members shrugged their shoulders and contemplated another season of unfulfilled potential. Little did they know that Leicestershire would win English cricket’s most coveted prize, the County Championship, for only the second time in their 117-year history. Whitaker, in fact, had been widely misheard and his actual phrase – “an absolute brick” – turned out to be uncannily accurate. Simmons was the cornerstone upon whom Leicestershire built their success.

Philip Verant Simmons was born on April 18, 1963, in Arima, Trinidad. His first home was 16 miles from Port of Spain, just two houses away from Larry Gomes, the former West Indian batsman. At school, Simmons was an enthusiastic participant in all sports, but at cricket he was outstanding. Soon he was playing regional cricket for East Zone and it was the arrival there of Rohan Kanhai as coach which fuelled Simmons’s ambition to follow the career of another early role model, Harold Joseph, and represent Trinidad and Tobago.

That dream was realised in 1983, the year after he had toured England with West Indies Under-19. Five years later, in 1988, he returned to England with the full West Indies team under Viv Richards’s captaincy. Gordon Greenidge and Desmond Haynes were established as the leading opening partnership in the world. Greenidge was Simmons’s hero: “Everyone loved Viv but I admired Gordon for his technique, his aggression and his positive outlook.” 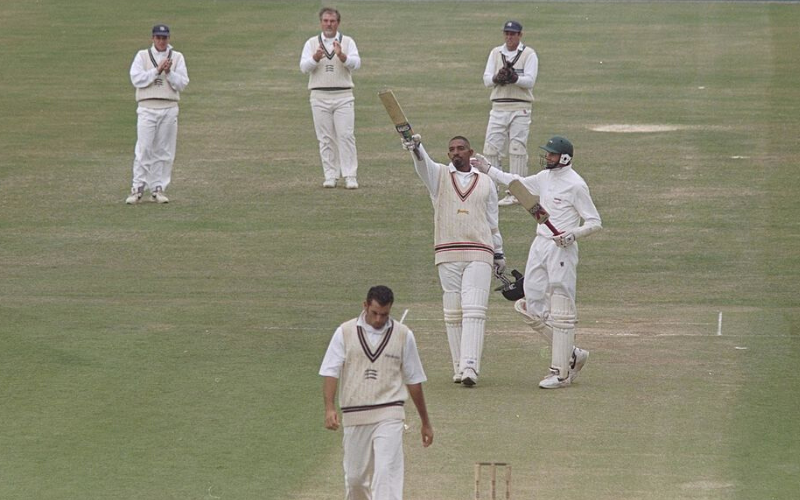 Simmons would probably not have got many chances on that tour anyway. As it turned out, he only played one first-class match, against Gloucestershire. It very nearly proved to be his last ever.

“It was one of those typical English days,” he recalls. “It started off bright and sunny but then got progressively darker and the umpires eventually offered us the light. I wanted some practice, so I turned it down. But a couple of balls later it got totally dark. I just saw the bowler, David Lawrence, go up. I never saw the ball come out of his hand.”

“Everyone loved Viv but I admired Gordon for his technique, his aggression and his positive outlook”

That hostile delivery struck Simmons on the head. He was rushed to hospital, and his heart stopped for a short while; after he was revived, an emergency operation was carried out to relieve pressure from around his brain. “I thank God that I was so close to Frenchay Hospital in Bristol because it is one of the leading hospitals in Europe for head injuries. I still keep in touch with the surgeon who saved my life, Nigel Rawlinson. He has become a good friend.”

Simmons’s confidence remained unshaken, and he returned to England in 1991 for what turned out to be his greatest disappointment. Opening the innings in all five Tests, he barely averaged 18, and after his first-ball dismissal in the second innings at Headingley when, with his team desperately in need of a solid start, he dragged on a wide, short ball from DeFreitas, some West Indian onlookers were prompted to doubt his international future. Though he scored a Test century, in defeat, at Melbourne at the end of 1992, his place in the West Indies team was never secure, and he began to look towards county cricket. 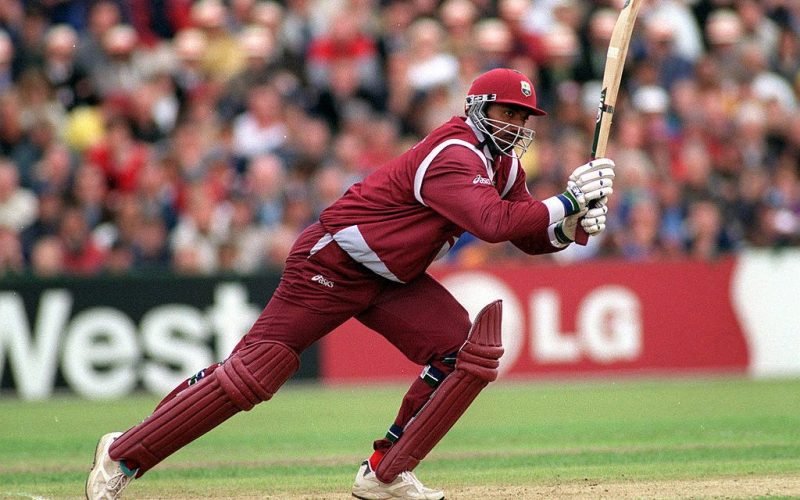 Simmons in action during the 1999 World Cup in England

His first season with Leicestershire began amazingly with a double-century on debut against Northamptonshire, but that was the only time he was to reach three figures. Again, he fell short of expectations. Having failed to make the West Indian touring party of England in 1995 (although he scored two centuries in his three innings as a late replacement), he returned to Leicestershire in the spring of 1996 with a point to prove. This time he achieved his aim spectacularly.

Four Championship centuries and the small matter of 56 wickets at an average of 18.23 tell their own tale, but do not express how much his presence made to his team-mates. He batted with something like the disdain of Greenidge himself. He had developed his upper-body strength, which transformed a medium-paced trundler into a bowler capable of delivering at genuine pace. His six for 14 against hapless Durham, in the penultimate match of the season, was vital in settling the Championship. His unbeaten 142 against Middlesex in the final match made it certain.

As the crowd gathered beneath the players’ balcony and the singing began, one name was almost immediately chanted in unison. “Simmo! Simmo!” Reluctantly, it seemed, the giant figure stepped forward. Having carefully poured a generous measure of champagne into the Championship trophy, Simmons tilted his head back and, to the biggest cheer of the day, quaffed the lot. While the debate about the value of overseas players in county cricket continues to rage, do not expect to receive a rational answer from Grace Road. The Leicestershire public love the genial character who has helped put their county back on the cricketing map.

Simmons played 26 Tests and 143 ODIs for West Indies between 1987 and 1999. After retiring from first-class cricket in 2002, he’s embarked on a fine coaching career, having enjoyed successful stints with Ireland, West Indies and Afghanistan.