Warwick Armstrong played a key role in Australia’s victory in the classic Ashes series of 1902. It earned him a Wisden Cricketer of the Year award.

No apology is needed for giving Warwick Armstrong his portrait, as few players coming to England for the first time with an Australian team have done better work. As an all-round man, he was an invaluable member of Darling’ splendid eleven, scoring 1,087 with an average of 26, and taking 81 wickets for 17.5 runs each.

For a cricketer of 23, who could do all this under strange conditions, when for the first time in his life playing two matches a week, it is not unreasonable to expect a great future. Over and above his batting and bowling, he proved himself a most useful field, standing cover slip in the ordinary way and orthodox short slip when Hugh Trumble was on.

His success was assured from the start of the tour, as in the second match his bowling enabled the Australians to beat Notts in a single innings after a draw had seemed certain. His value to the side was even greater as a bowler than as a batsman, there being something in his leg-breaks – probably a deceptive flight of the ball – that made him curiously difficult to hit. With the field placed as only Darling could arrange it, even the best of our batsmen found it a very hard task to score off him with any degree of safety on the leg side, and some teams, notably Warwickshire at Birmingham, were altogether at fault in playing him.

Never in the course of a fairly long experience have we seen a bowler in any season deliver so many balls that went wide of the leg stump without being punished. No doubt his great height – he stands well over six feet – helped to make him difficult. He did not as a rule try to get on a big break, but in combination with a good length, he made the ball do quite enough.

It was fully expected that he would be selected to come to England, as for some time he had been looked upon as one of the best players in Victoria. He did well against MacLaren’s team in the Australian season of 1901/02 having, next to Duff, the chief share in winning the second of the five Test games, and in the previous season, he batted with great success in Inter-State matches, scoring 118 and 102 against South Australia and 50 against New South Wales, and thus materially helping Victoria to carry off the Sheffield Shield. 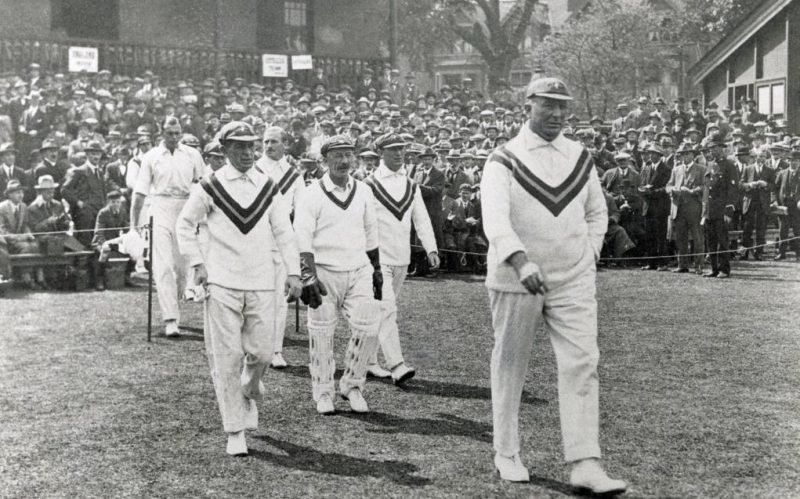 At that time, he was played almost entirely for his batting, his bowling being a later development. As a batsman, he is not very attractive to look at, an ugly bend of the right knee rather spoiling his style, but he watches the ball well and drives with great power. His highest innings in England, and by the way his only hundred, was 172 not out against Sussex at Brighton, he and Noble on that occasion quite wearing out the Sussex bowling.

Warwick Armstrong – nicknamed the Big Ship – was a thorn in England’s side for many years, especially as Australia captain in the post-First World War series in 1920/21 and 1921.