Vivian Richards was in exalted company when in 2000, he was voted one of Wisden’s Cricketers of the Century. He was profiled by Vic Marks, a former county teammate.

Fast bowlers, usually West Indian, have caused countless sleepless nights and/or some nasty nightmares over the years, but Vivian Richards was the one batsman I’ve encountered who could intimidate his opponents – even before he had received a ball.

His journey to the crease was a declaration of intent. It was usually delayed a fraction to enable the outgoing batsman to disappear from view. Richards did not want any distractions from his entry. He glided slowly to the crease in his own time, checking the light on the way; there was a hint of a swagger, which became more marked as the years rolled by. And there was the cap, the most obvious symbol of his superiority. In a decade when the fast bowler’s stock ball whizzed past the batsman’s nostrils, Richards was the last hold-out who shunned the helmet. The cap was the reminder that no bowler, however fast, would threaten his domination. 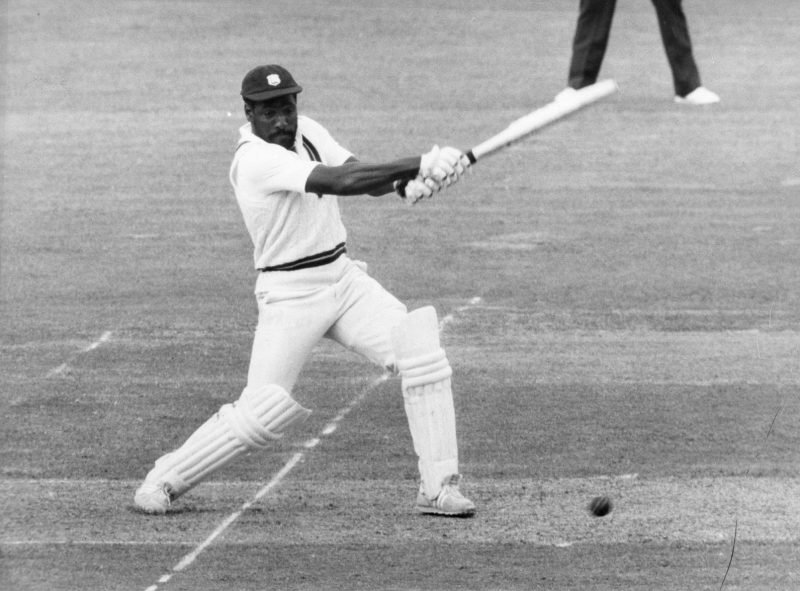 Vivian Richards could be orthodox and terrorising at the same time

For Richards was never content with mere survival. Bowlers had to be subjugated, to recognise that he was the master. There were occasions when he might sleepily tap back some medium-pacers from a novice who had just graduated from the second team – for Richards was not primarily an avaricious gleaner of runs. But he would always launch a fearsome assault upon anyone with an international reputation. In England, this meant that Derek Underwood and Bob Willis, England’s two world-class bowlers of the 1970s, had to be destroyed rather than blunted. Richards’ pride demanded nothing less. In fact, it was a compliment to be on the receiving end of an onslaught from him, though the bowlers in question rarely appreciated it at that time.

Richards was capable of technical excellence. His forward defensive stroke, which he sometimes played with exaggerated, ironic care, just to inform the bowler that he could have smashed a boundary but had chosen not to, could be as impenetrable as Boycott’s. But he didn’t use it that often. More frequently, he ignored the coaching manuals and, relying on the keenest pair of eyes and phenomenal reflexes, just trusted his instincts.

Richards was never content with mere survival. Bowlers had to be subjugated, to recognise that he was the master.

He reckoned that, if he played an on-drive in classical style, the ball would simply speed into the hands of mid-on. So instead, he continued to turn the wrists and play the ball squarer – through the gaps. His front foot was planted down the wicket and his bat swung across his pad. All wrong, yet Richards made it seem the safest shot in the world. We tried to copy him and were plumb lbw. Despite the lunge of that front foot, his hook shot was the one that astounded his new county colleagues in 1974. No one hooked his fellow Antiguan Andy Roberts, who was terrorising county batsmen for Hampshire, except Richards. We couldn’t work out how he did that.

Sir Isaac Vivian Alexander Richards (he was knighted by the Antiguan Government in 1999) separated himself from his rivals by his ability to perform at his peak on the grand occasion. He adored Lord’s in a way that is peculiar to overseas players, who first pictured the ground while listening to crackling radios in the old colonies. He played in eight Lord’s finals, five for Somerset and three for West Indies, and failed – by normal standards – only once. Even that day, the inaugural World Cup final against Australia in 1975, his fielding altered the course of the match. “When I was batting at Lord’s,” he said, “I wanted to make sure that no one else was going to come in. It was my stage.”

Related Story: Did a series of back-foot no balls get missed during a pivotal County Championship passage of play?

When it really mattered, he might proceed a little more cautiously at the start of his innings; he would sweat even more profusely, and then he would set about tinkering with fate as only the great players can. Take two innings at another of his favourite spots, the Recreation Ground at St John’s, Antigua. West Indies played their first Test there in 1981 – mostly thanks to the prominence Richards himself had given the island. He willed himself to a hundred, edgy by his standards. Five years later, against England again, his mission was to entertain those who had seen him grow up. One hundred came from 56 balls, the swiftest Test century recorded. Sixes disappeared down the high street. Richards could destroy both clinically and ferociously, provided he had a cause to play for. He usually did.