Richard Gibson pens down Ben Stokes’ glorious 2019, a year that saw him excel across formats to take the Leading Cricketer in the World honour in the 2020 Wisden Cricketers’ Almanack.

It was an image that summed up the greatest year of his career: head back, shoulders arched, a guttural eruption towards the Headingley sky. At the end of an epic battle – and with apologies to Jack Leach – Ben Stokes really was the last man standing.

As he soaked in the atmosphere, he was cheered on by an increasingly adoring public. Not just the 17,000 lucky so-and-sos who had witnessed a heist to trump Ian Botham and 1981, but others who had been part of the peak (free-to-air) television audience of 8m for the World Cup final six weeks earlier, been converted by its drama, and now followed the Third Ashes Test from afar. Like Lord’s, Headingley had been slipping from England’s grasp until Stokes’s extraordinary intervention had the country glued. Thanks to him, cricket was thrust back into the nation’s conscience. December’s BBC Sports Personality of the Year award became not so much about who would win, but about who would finish second and third.

While cricket is a game of numbers, his impact went well beyond his batting stats – though they were impressive. Across the calendar year, he hit 821 Test runs at 45, including an Ashes hundred at Lord’s, and 719 in one-day internationals, at almost 60. Rivals dwarfed his 50-over tally, and scored at a faster lick: Stokes’s one-day strike-rate of 92 was the lowest of England’s established top six. But those two landmark innings… 84 and 135, both unbeaten, the first propelling his country to a maiden World Cup, the second inspiring a national record Test chase of 359. They alone were feats worthy of breaking Virat Kohli’s three-year monopoly as Wisden’s Leading Cricketer in the World; in the award’s 17 years, only one other Englishman – Andrew Flintoff in 2005 – has prevailed. As he underlined during England’s 3–1 Test win in South Africa in early 2020, when he averaged 45 with the bat and 22 with the ball, Stokes was the first name in a World XI.

It was a year in which he habitually came up with the right answer. Invited to join a podcast hosted by his Test colleague Stuart Broad, Stokes listened to a story in which Broad spoke of the pride he felt at seeing fellow passengers on the Tube read newspapers with his mate’s face grinning out from front and back pages. Stokes quipped: “That’s not what you were saying two years ago!”

The allusion to the Bristol street fracas in September 2017, leading to a court appearance on charges of affray (and a not-guilty verdict), was a reminder of how he had repaired his image. Yet this was no redemption story. He has not been motivated by atonement, but by an unwavering desire to win matches for England.

It’s true that increased maturity has become a feature of his play – naturally enough, perhaps, for a man who turns 30 next year. The instinctive see-ball, hit-ball batsman who struck a hundred at Perth in 2013-14, and England’s fastest double-century at Newlands two winters later, has metamorphosed into a player who visualises innings in advance. At Leeds, he assessed the situation as he sat in the dressing-room on the third afternoon, and concluded he had to be there at the close if England were to have any chance of preventing Australia retaining the urn with two games in hand. He finished the day with two from 50 balls. 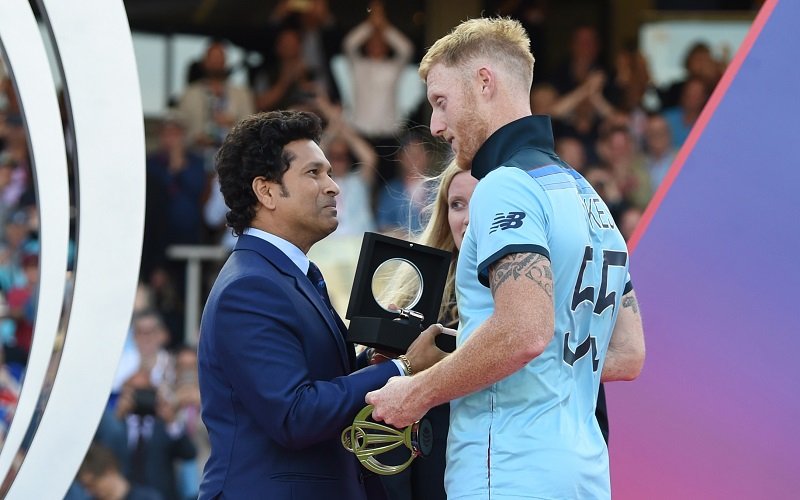 “When you realise what’s at stake, and you have an opportunity to influence a match, it focuses the mind,” he says. “At times like those, I have come to understand I have a responsibility to try to do something that allows us to win. I am thinking about the game and situations a lot more – including an understanding that batting is always a lot easier the longer you spend in the middle.”

Stokes struggles to chart exactly when his mindset altered, but recalls finishing unbeaten on 71 to marshal a one-day chase of 341 against Pakistan at Trent Bridge shortly before the World Cup. “The experience of being in that situation, not out at the end, told me I could do it.”

There has been a similarly pragmatic approach to his one-day bowling, his modus operandi switching from hunting wickets to drying up runs. Though regularly featuring as England’s third- or fourth-change bowler during the World Cup, his economy-rate of 4.83 was the eighth-best in the tournament of those who sent down at least 50 overs (and, unlike Stokes, the seven above him were all hit for at least one six).

In Tests, he took 22 wickets at 35, which – again – didn’t quite tell the whole story. At Leeds, as if a precursor to his heroics with the bat, he refused to give up until the task of dismissing the Australians in their second innings was done. In all, he delivered 24.2 overs, interrupted only by an incomplete over from the cramping Jofra Archer, and the second-day close.

Related Story: Six players not in the frame to be a Wisden Cricketer of the Year

“I have just always wanted to be contributing to a successful team,” he says. “When I look back at 2019, it will always be about the things we achieved as a group. There were a couple of individual things that I am obviously very proud of, and will always hold on to, but the memories of our celebrations will last for ever. It was the summer of cricket.”

And Stokes was its heartbeat.

The Leading Cricketer in the World By Year