It took winter coaching sessions with spin-bowling great Fred Titmus to transform the career of John Childs. In 1987, he was a Wisden Cricketer of the Year.

Even in a game as notoriously fickle as cricket, there cannot be many instances of a player as well advanced in his career as John Henry Childs remodelling his method so successfully that, having been on the verge of disappearing from sight at the end of one season, he was knocking on the door of an England team to tour Australia 12 months later.

In 1985, Childs, signed by Essex on a one-year contract at the age of 33 after a mixed decade with Gloucestershire, took five wickets at an average of 105.60. In 1986, despite being omitted from four Championship games and not bowling in another, he took 89 at 16.29 and his attacking left-arm spin was a crucial component in Essex’s winning of the title. Had the Test selectors found room for a third spinner in the party to defend the Ashes, the place would have gone to Childs, who in four matches from mid-August took more wickets than Edmonds and Emburey all season.

Instead, pencilled in as first reserve, he had the consolations of an Essex cap and a two-year contract that gave him the security to move his wife and two young sons from their Bristol home to one within easy reach of the county ground at Chelmsford.

In an era when the proposition that nice guys never win is a fashionable parrot-cry, it is gratifying that it was this very quality in Childs, allied to the club’s continued faith in him, that persuaded Essex to keep him on after his dismal season in 1985. Analysing his failure that September, Doug Insole, the chairman, and Keith Fletcher, the outgoing captain, concluded that with the right guidance, his main fault – a too-slow flight – could be corrected. After discussing it with Childs, they decided that Fred Titmus, the former Middlesex and England off-spinner, was the man to send him to.

In the Christmas holidays Childs spend four sessions in the Indoor School at Lord’s with Titmus and the MCC head coach, Don Wilson, himself a former England slow left-armer, and was fitted with the method that within months transformed him into the most successful spinner in the country. 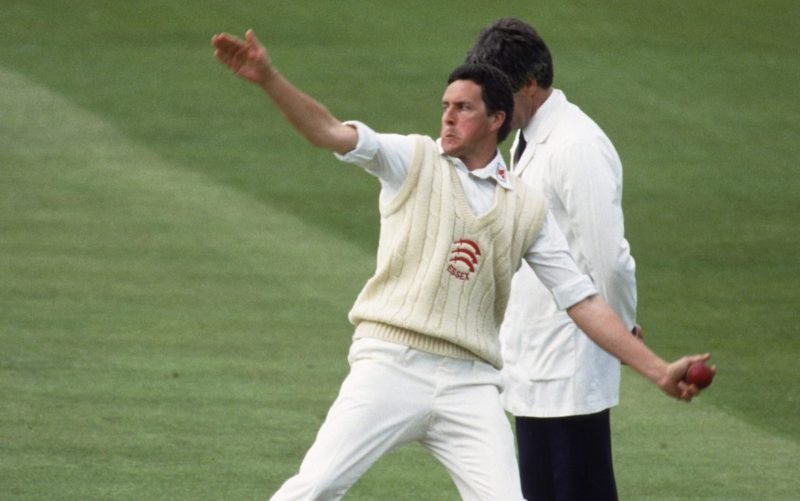 John Childs in action for Essex at Lord’s, circa 1987

Childs’s gratitude to Titmus and Wilson was mingled with astonishment that the change in his fortunes stemmed from nothing more complicated that a straighter, faster, longer run-up to the stumps. “Pitches have got slower in the ten years since I started, and my basic problem in 1985 was that, without the confidence of taking wickets, I had been running up and just ‘putting’ the ball there,” he said. “The result was that even when the ball was tuning, it had so little pace batsmen could generally adjust and play it off the pitch.” Titmus described the flaw in a way which will strike a chord in all spin bowlers lacking confidence. He was bowling as though he half expected the ball to come back like a bullet!

Discarding their first notion of making Childs bowl with a slightly lower arm, Titmus and Wilson hit upon the straighter, nine-pace, run-up. “Until then, I had been running between the umpire and the stumps,” said Childs. “But what might have been a problem in my new approach – getting side-on at the crease – turned out to be a help: to get into position, you have to lean back in the final stride, which gives your action greater snap”.

Childs, who had been filling in time in Bristol as a freelance sign-writer, the trade he learned on leaving school, then spent much of the remainder of the winter honing his new method in Gloucestershire’s indoor nets. “I spent a lot of time bowling to Jack Russell, their wicket-keeper, who was working on his batting. He pulled my leg to start with, telling me I’d become a medium-pacer, but the experience was beneficial to us both.”

Essex’s reliance on their seamers on green early-season pitches kept Childs waiting till the second half of May to put his hours of practice to the test – in their third Championship game, on a slow turner at Northampton. A washed-out third day gave neither side a chance to win: but for Childs, with five for 97 in 43.3 overs, the contest was a watershed, in effect the making of his season. 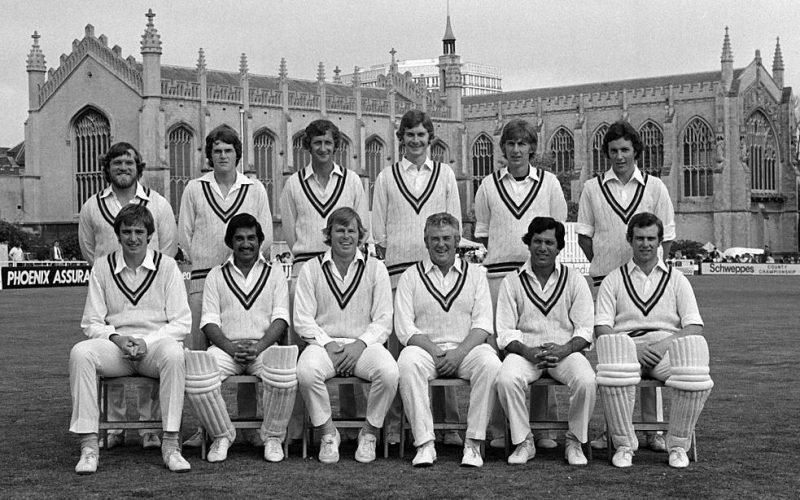 “I felt I’d started to come back to how I used to bowl, and I struck up a good rapport with David East. As our wicketkeeper he had seen both sides of me, the 1985 version and the new one, and he knew better than anyone what pace I should be bowling in any particular conditions. And having taken wickets, I now had the confidence to give the ball more air on a pitch that called for it.”

Nothing gave Childs more pleasure than the 19 stumpings off his bowling. Catches at the wicket or at slip are the slow left-hander’s traditional way of taking wickets. But when you have a batsman stumped, it usually means you’ve not only beaten him in the air but by hurrying the ball through you’ve given him no time to recover.

“I’d never thought of playing professionally till then, but when Gloucestershire offered me a two-year contract, I took it”

Childs’ bounce, product of a good high arm from his height of 6ft 2in, combined with his knack of giving the ball a form of over-spin by rotating it on an axis in line with second slip, made him a rewarding bowler to keep wicket to. Last season, East had more than double the stumpings of any other keeper in the Championship.

A bronzed Devonian of sunny disposition, born in Plymouth on August 15, 1951, Childs paid tribute to Tom Woodward, a teacher at Audley Park Secondary School, Torquay, for his early coaching, which saw him progress from school and village cricket to the Devon Under-15 and Under-19 teams. “He wasn’t a great cricketer himself, but he was one of those old-fashioned schoolteachers, happy to give all the help he could in his free time. Compared to now, I consider myself very lucky to have been at school in the 1960s.” At 12 he had begun playing for his village, Kingskerswell, where in Bert Mitchell he was blessed with a fellow slow left-armer as captain who “knew when to put me on and take me off”; and at sixteen he moved up a class to the South Devon club in Newton Abbott.

Related Story: How John Emburey excelled for Middlesex during his England suspension – Almanack

Consistent success took him into Devon’s Minor County team where, with his apprenticeship as a sign-writer completed, his progress might easily have rested but for providential intervention. “Graham Wiltshire, the Gloucestershire coach, came down to watch someone in the Cornwall side when we were playing them in 1974, saw me bowl, and instead offered me a trial. I’d never thought of playing professionally till then, but when Gloucestershire offered me a two-year contract, I took it.”

Mike Procter awarded him his county cap in 1977 and in 1981, David Graveney’s first year as captain, he took 75 wickets, until last season his best return. But with the attack losing balance through the retirement of Procter and Brain, there was increasingly little work for two slow left-armers and Childs was released after playing only seven games in 1984. When his first year with Essex brought him only three wickets in the Championship, he was reconciled to being told “Thank you, but no thank you” when Insole asked to see him that September. Now he is resolved to show that 1986 was not just an Indian summer. Having rediscovered the pleasure of making batsmen hurry, the notion of dodging their straight drives holds no appeal whatever.