Glenn Turner was dogged by criticism of his slow scoring, but his record-breaking performances for Worcestershire in 1970 earned him a Wisden Cricketer of the Year award.

When Glenn Turner clipped the medium-paced bowling of Warwickshire’s Billy Ibadulla for three runs in the final match of last season, he not only completed a Worcestershire batting record of ten centuries in a summer, but he also forged the final link in a chain that had taken him from school cricket in Dunedin, New Zealand, to the first-class game at New Road, Worcester.

For it was Ibadulla who had first convinced the frail-looking, but firmly-dedicated Turner that he had enough ability to make the grade in England. Ibadulla, while on a regular winter coaching mission in New Zealand for the Otago Cricket Association, spotted Turner’s potential on a visit to Otago Boy’s High School.

The influence of Ibadulla was the final, and probably most decisive, assistance Turner received from three first-class players. Langford Smith, the captain of Otago, introduced him to the basics at primary school and then the coaching was taken up by one of New Zealand’s most famous sons, Bert Sutcliffe.

So, with a mass of good advice to add to his own excellent technique, Glenn Maitland Turner, born in Dunedin on May 26, 1947 and the middle of three brothers, was granted his first-class debut by Otago at the age of 17. Already, the first steps of a potentially great career had been taken in last year at school when he scored five centuries as captain of the side.

The stubborn streak of personality, which had been the core of Turner’s resistance to persistent criticism of his slow scoring, took him through a quiet first season of New Zealand cricket, but by his second summer he had established himself as his country’s most promising young batsman, setting the pace among the leading players in the national averages. 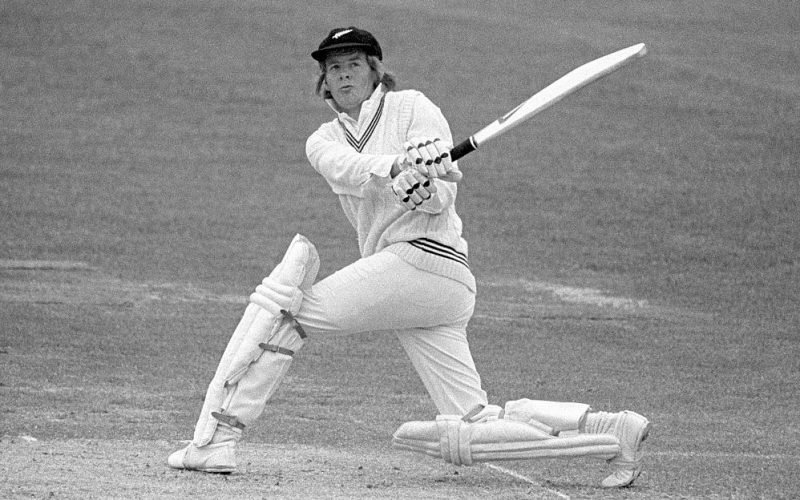 Glenn Turner in action during his innings of 153 against MCC at Lord’s, circa 1973

Then came the time when he had to decide his future. Ibadulla promised an introduction to Warwickshire and this was enough for Turner to take the gamble of giving up his job in insurance and switching to a night shift in a bakery to earn the money for the trip to England. “I worked there for 13 long months,” recalls this likeable young man who combines intense ambition with a friendly off-the-field personality. Just as he was ready to depart on the 13,000-mile journey across the world, there arrived a blow that would have shattered the dreams of a lesser boy at the tender age of 19.

On promotion to open with Ron Headley, the runs flowed sweetly, if not quickly, and the summer ended with Turner winning his county cap.

So Turner arrived in the Midlands in the spring of 1967 and before has first net practice was over, it was clear to Warwickshire watchers that he more than fulfilled the credentials supplied by Ibadulla. Now, no doubt with a certain amount of regret, Warwickshire arranged trials with Worcestershire, Lancashire, Middlesex and Surrey, but the young opener got no further than two days in the nets at New Road before he was offered, and accepted, his first appointment in England.

A year qualifying in the Second XI Championship was passed with an average of over 50. An immediate place in the Championship team in 1968 was a guarantee – but Turner was given time to find his feet at No.7 in the order, though, in his determination to justify his own, and Worcestershire’s, faith, he neither scored many runs nor attracted many friends with the drudgery of his application. 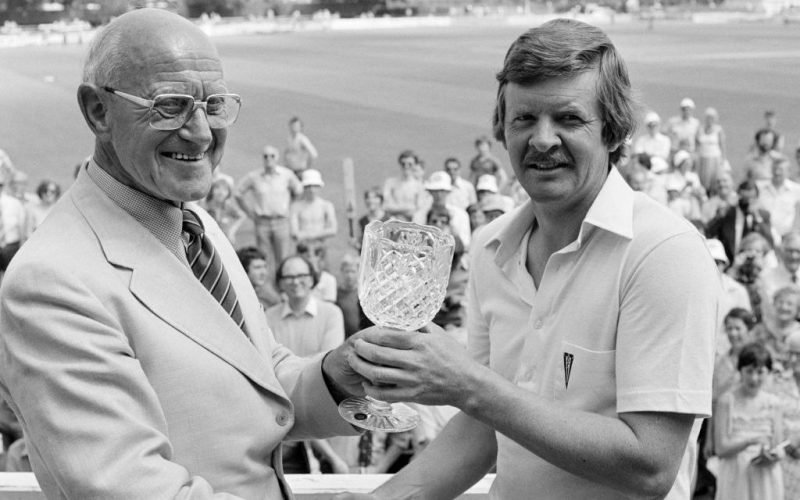 Midway through the season, Worcestershire made a decision that was to give New Zealand a Test batsman within a year. On promotion to open with Ron Headley, the runs flowed sweetly, if not quickly, and the summer ended with Turner quietly content after scoring a maiden Championship century against Middlesex, winning his county cap, and completing 1,000 runs.

The following year Turner was considered good enough to play for Worcestershire in the first couple of months of the season and then join the touring New Zealanders. Immediately, he revealed how far he had progressed by scoring 124 against Middlesex on his first appearance at Lord’s, followed soon afterwards by the achievement of carrying his bat through a Test innings – again on his initial international appearance at cricket’s most famous ground.

Turner does admit that he was perhaps so intent on success that he did not allow himself to play with genuine aggression.

Yet still tags like ‘slow Turner’ were attached to him. “I was not worried at all,” he claimed. “It was nothing to what the New Zealand papers had said about me. They made no allowances for my age or lack of experience.” However, Turner does admit that he was perhaps so intent on success that he did not allow himself to play with genuine aggression. “I just was not willing to relax,” he summed up.

After his second English season, Turner continued with his countrymen to Tests in Asia, duly recording his maiden Test hundred in Pakistan. He returned to Championship duties last year with five first-class centuries behind him and now a much wiser, much more aware cricketer. 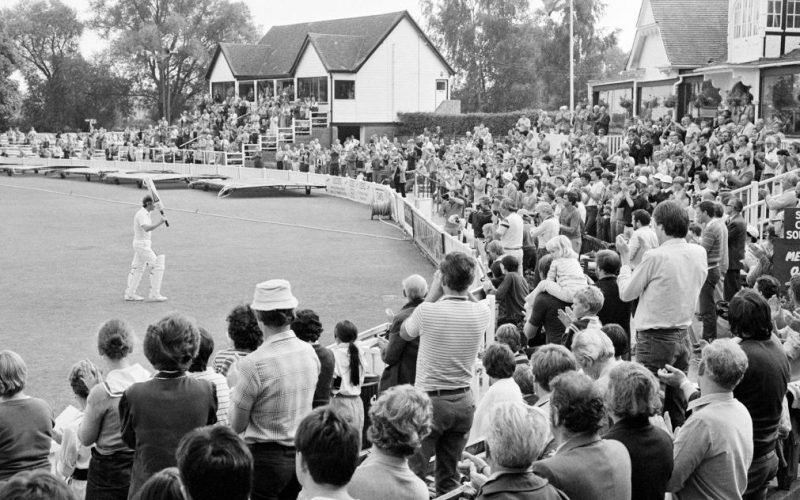 Within a few matches the Worcestershire public realised that they were watching and admiring a new, more fluent Turner. Tom Graveney, his county captain, put the change down to an early-season Sunday match against Essex when the opener galloped to a rapid 60. “He suddenly found he had the confidence to play his shots,” observed Graveney. Turner himself looked more deeply. “I had not enjoyed a good winter against the Australian side at home. My form was bad and I decided I had nothing to lose if I became more ambitious.”

Three consecutive fifties in the John Player League were the first evidence of the new approach, yet there was no indication of the records he was about to break as the first seven Championship games went by with only one century, against Essex. Then, just as June was coming to an end, Turner opened a supply line of runs that was never checked. He hit centuries on successive days against Hampshire and Gloucestershire and, as he displayed hitherto undiscovered strokes and nimble footwork, he twice completed the feat of hundreds in three successive matches.

“He will break more Worcestershire, and, later, New Zealand records”

C.F. Walters’ 37-year-old county record of nine centuries was equalled with four matches remaining, but it seemed as if he had lost the magical tenth when he was run out at 99 against Lancashire. “It was not a ludicrous run,” smiled Turner. “It was just that man Clive Lloyd!”

Turner was not to be denied; a score of 133 not out on September 3 came with an almost inevitable irony against Warwickshire, the side that had been forced to let him go. As Turner looked back on a season which had placed him as the highest scorer in England, he chose two hundreds which gave him particular satisfaction – the one in the fourth innings against Northamptonshire at Wellingborough when conditions were bad and another against the clock which was pleasing because it contributed so much to victory over Somerset.

Meanwhile, the people who know him better than most agreed that his best is still to come. “He will keep on improving,” forecast Ibadulla. “He will break more Worcestershire, and, later, New Zealand records,” said Graveney on his departure for Australia. Turner himself has a tankard, presented by Worcestershire, to remind him not only of ten centuries, but of joining Kenyon (three times), Gibbons (twice), Walters, Nichol and Graveney as the only players to have scored 2,000 runs in a season for the county.

Glenn Turner became one of Worcestershire’s – and New Zealand’s – greatest batsmen. He scored 2,991 Test runs at 44.64. He is the third highest scorer in Worcestershire’s history with 22,298 runs to his name