Adam Lyth came of age as a Yorkshire opener in the title-winning summer of 2014. It earned him a Wisden Cricketer of the Year award.

Of the Yorkshire trio of Gary Ballance, Adam Lyth and Joe Root, it is Lyth who possesses the most natural ability. That was quite a claim by their county captain, Andrew Gale, at a time when the international stock of Ballance and Root was growing every week. But if many looking on from afar might have wondered whether Gale’s delight at his opening batsman’s run glut had spilled into hyperbole, it felt in the Broad Acres like a debate worth having. Lyth’s panache has always been respected, and 2014 was the year that – an England cap apart – his career approached fulfillment.

Gale’s praise came after Yorkshire had dispensed with Northamptonshire by 271 runs in early June. Dismissed for 136 first time round, and facing a deficit of 115, they had responded with 546 for three. Lyth made 230, and with Alex Lees shared a stand of 375, the highest opening partnership of the season. “Don’t let anybody else bat,” they kept telling each other. By the end of the summer, Yorkshire were champions. Lyth scored 1,619 first-class runs at 70 with seven hundreds, including two doubles, and proved himself one of the best slippers in the country. Accolades piled up before his eyes.

“I kind of realised that it was a big season,” he says. “I was fit, strong and mentally in the right place. I’m the type of player who, if it’s up there, I hit it. But I’m a lot more disciplined than when I first came into the team. Nobody would doubt that.”

Lyth’s partnership with Lees loosened the tongues of older Yorkshire supporters. Comparisons were made with some of the county’s finest opening alliances, unusually generous compliments for one still in its infancy. Gale, an impressively fair-minded captain, even dropped himself at one stage to keep them together. Lyth was suitably wary of the praise. “We don’t think of it like that. We both like to bat long periods of time. It just happens. We’ve done well, but it’s only been a season. If we do it for a few more years then people can start talking about whatever they want to talk about.”

There were other innings worthy of such talk. His 251 at Old Trafford on a slow, used pitch against Lancashire was only one run short of the Roses record held by Darren Lehmann. Lyth’s career had not quite crossed with Lehmann’s, but he was aware of his impact on Yorkshire. For nearly ten hours, Lyth got his head down and batted Lancashire out of the game. He felt he had rarely played better – or been sledged more persistently – and his coach Jason Gillespie pronounced him ready for England.

For sentiment, though, a first Championship hundred at Scarborough six weeks earlier, his home-town club, took some beating. No county ground in England possesses more of a communion between players and spectators, and when he reached his century against Middlesex, Lyth immediately searched out his father in the stands.

“I always like to pick out my dad in the crowd – and normally spot him when he is in a queue for the bar with his mates,” he says. “He gives me praise at times, but it was the first time I had seen him really, really clap, and get on his feet and show such emotion.”

Adam Lyth, born on September 25, 1987, in the North Yorkshire coastal resort of Whitby, can claim a similarity with Michael Vaughan in drawing attention to himself while batting on the outfield as a youngster during a county match. For Vaughan, the ground was Abbeydale Park, the coach Doug Padgett; for Lyth, Scarborough and the interested gaze of Academy coach Ian Dews. “I went to the Scarborough Festival with my primary school when I was in Year 5, and started whacking an orange windball into the crowd. The teas and sandwiches were going everywhere and I found it quite funny, so I kept doing it. Ian spotted me and got me to come to Yorkshire trials.” 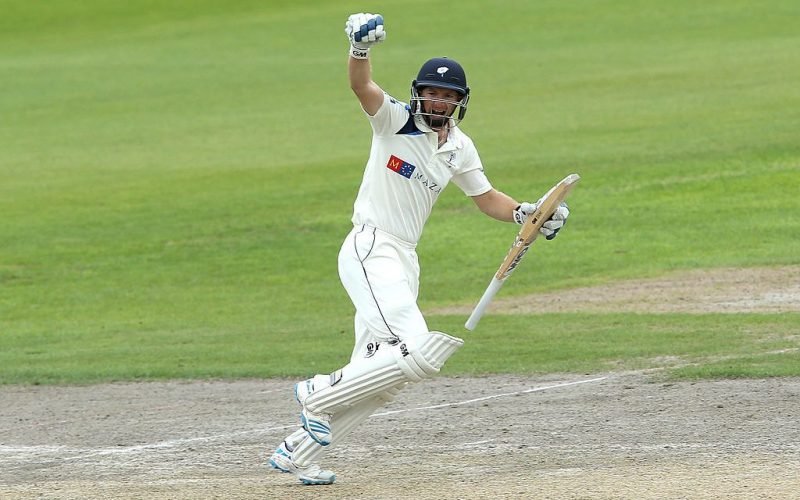 By then, Lyth was already playing for Scarborough juniors, making his Yorkshire League debut at 13. Phil Hart, a coach at Scarborough, was an early influence, and ensured winter facilities along the coast at Fyling Hall independent school. Lyth could have been a footballer, spending two years as a midfield triallist with Manchester City. But he chose cricket.

He joined Yorkshire’s Academy, was taught how to build an innings by his Second XI coach and captain Richard Blakey, and then tasted first-team life in 2006. He established himself in the Championship side two years later, when a defiant maiden hundred over six hours in a losing cause at Trent Bridge prompted Nottinghamshire to revise their hasty conclusion, in the memorable words of Graeme Swann, that he was “a walking wicket”.

By then, though barely out of his teens, his shaven head had made him instantly recognisable. “If you look at Cricinfo pictures, I was already losing my hair at 16. Yorkshire’s physio, Scott McAllister, said ‘You need to get it off, mate.’ So I went home, got the clippers out and shaved it off.” 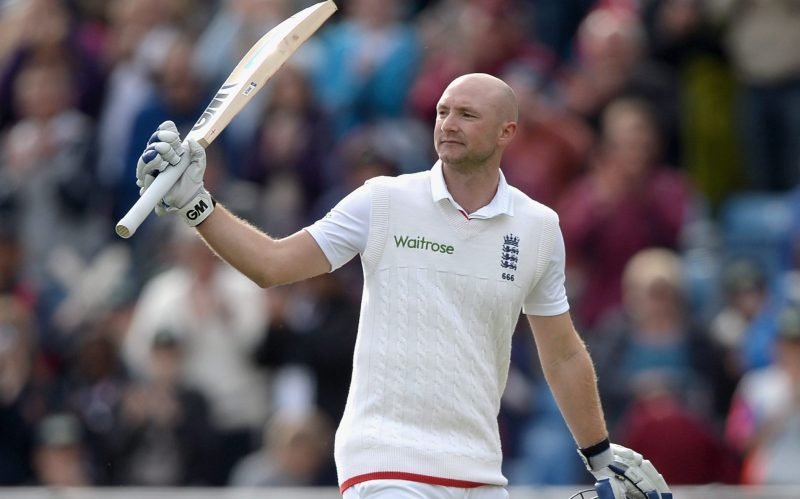 In 2010, given the chance to open, he enjoyed his breakthrough season. He made 1,509 Championship runs at 52, and was the first to 1,000, at one stage threatening the age-old end-of-May landmark. The crispness and ambition of his strokeplay made him an exciting prospect, and he joined the England Lions in Australia and the West Indies.

But his game faltered so much the following season that he even found himself out of the Yorkshire team. When he carried his bat for 248 against Leicestershire at Grace Road in 2012, it was a long awaited retort – but he had developed an unhealthy habit of getting out in the nineties. Eager to follow the path of Root, Ballance and Jonny Bairstow, he knew he had to break it.

His 2014 summer hinted at something deeper. Alongside the darting strokes came discipline. There was a nice illustration, too, of his developing powers of concentration, which he had been invited by Yorkshire’s sports psychologist Simon Hartley to test on the putting green at Leeds Golf Centre in Wike. As a regular at Whitby Golf Club, he needed no second invitation. Challenged to sink as many consecutive two-foot putts as he could, Lyth nailed 213. It proved to be only his first double-century of a memorable season.

Adam Lyth did get his England chance in the Ashes summer of 2015, but in seven Tests he made just 265 runs and was not called up again.