Sunil Gavaskar turns 70 on July 10 and continues to occupy a special place in the history of Indian cricket. He was already a star of the world game when he became a Wisden Cricketer of the Year in 1980 and earned the following tribute.

Sunil Gavaskar was born in Bombay with the scent of bat oil in his nostrils, for his father was still a very active club cricketer and his uncle from his mother’s side, M. K. Mantri, was Bombay’s and India’s wicketkeeper. In the circumstances, it was no surprise that a toy cricket bat was among his earliest possessions, and that the infant Gavaskar’s afternoon naps were followed by practice against the bowling of a doting mother and the houseboy.

The most prolific Indian batsman ever in Test cricket says that he learnt to read numbers from scoreboards. While children of his age went to bed listening to tales of Red Riding Hood and Goldilocks, Gavaskar had his little ears trained to the radio and the voices of John Arlott and Rex Alston describing the Test matches of 1952, in which uncle Madhav was engaged. For him, the big bad wolf was F. S. Trueman.

Both innings were played under the handicap of an agonising toothache which deprived him of adequate sleep. He refused painkillers

When Gavaskar went visiting his uncle, he would ask him to unlock his wardrobe and display his various caps, sweaters and blazers, the colours of Bombay University, Bombay and India. The child that stared at them with awe was to win all those colours himself before he was 20 and to wear them with great distinction.

Last summer’s memorable Oval Test, in which Gavaskar scored his epic 221, was his 50th. At that point, with a home season of 13 Test matches to follow, he had played more Test matches than any Indian except Bishan Bedi, Polly Umrigar and Gundappa Viswanath.

Gavaskar has made and broken records at all levels of the game. Flip through the statistical section of Wisden’s Indian counterpart and his name figures on almost every page. During the recent 1979-80 series against Australia, he became the first Indian to complete 5,000 runs in Test cricket. At the end of it, with 22 hundreds, he stood third (jointly with Walter Hammond and Colin Cowdrey) in the international list of Test century-makers. The only two in front were Sir Donald Bradman (29) and Sir Garfield Sobers (26). The diminutive Indian has also established himself as the most successful opening batsman in Test history, having made three more centuries than any other (Sir Leonard Hutton). 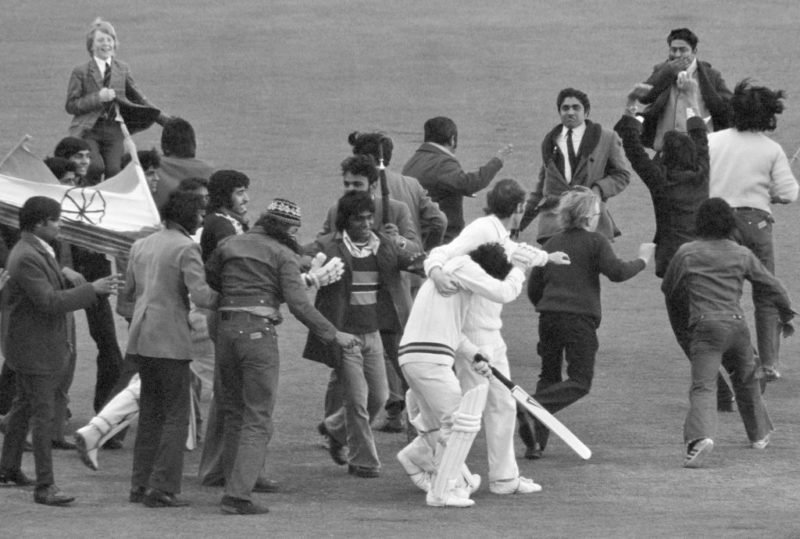 Gavaskar’s three-figure Test scores include three double-centuries, the first of which was made in only his fourth Test and came on the heels of a century in the first innings of that same game – the fifth Test of India’s 1971 series in the West Indies. India went into this Test match, at Trinidad’s Queen’s Park Oval, leading 1-0, having won the second Test on the same ground a few weeks earlier.

But for Gavaskar’s 124 in a total of 360, India would probably have lost that six-day final Test, for West Indies scored 526 in reply. Danger still lurked when Gavaskar scored 220 in the second innings, but eventually India came near to winning it. The remarkable feature of Gavaskar’s marathon batting in that match was that both innings were played under the handicap of an agonising toothache which deprived him of adequate sleep. He refused painkillers lest they made him drowsy or slackened his reflexes.

His potential as a consistent run-getter was apparent from an early age. His first hundred was made at the age of 13

Although he missed the first Test – in fact, he did not play at all on the Jamaica leg of the tour because of an infected fingernail – Gavaskar aggregated 774 runs in that, his first series. After scoring 65 and 67 not out in his maiden Test (the one in which India beat West Indies for the first time) Gavaskar had already notched up two centuries, in the third and fourth Tests, before performing his tremendous feat in the fifth.

When Gavaskar went on that tour, he had played only six first-class games, but already had three hundreds to his name, the first in his maiden Ranji Trophy final. His potential as a consistent run-getter was apparent from an early age. His first hundred was made aged 13, in the junior Bombay schools tournament, for the Giles Shield. By 14, he was playing among adolescents in the All-India Schools’ competition, and at 16 he had his first taste of representative cricket, playing for Indian Schools against the touring London Schoolboys. In his first innings against them, he inevitably made a hundred. 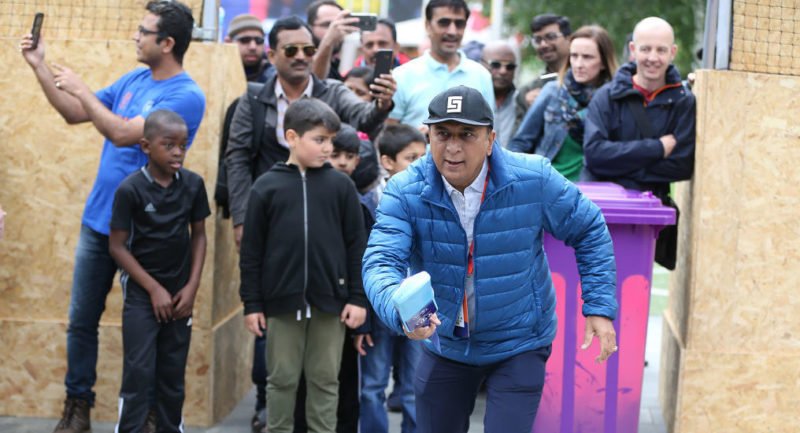 Gavaskar, pictured with supporters in Manchester during the 2019 World Cup, scored 34 Test tons

Immediately after his phenomenal debut in the West Indies, Gavaskar had a good tour of England, although his Test scores were not quite compatible with his triumphs in the Caribbean. In the following winter, he opened for the Rest of the World in the series against Australia, which replaced the cancelled South African tour. Again, his record was modest, although Gavaskar maintains that playing in the same side as Sobers and Kanhai at that early stage of his career, and the experience of Australian pitches, prepared him for his later achievements.

After his double-century in Trinidad, there was a gap of seven Test matches and the five representative games in Australia before Gavaskar compiled his next Test hundred, against England at Old Trafford in 1974, which he himself regards as his best innings. He has not looked back since, and on two more occasions he has scored separate hundreds in a Test match.

As is obvious from Gavaskar’s Test record, he is capable of intense concentration and discipline. But he summons these virtues only when India are in trouble or when he senses the chance of a win. He is not one for making big scores just for the sake of records. When he sets his sights high, he builds his innings with meticulous craftsmanship, limiting himself to the stroke he plays best – drives through the covers, past the bowler, and between mid-on and mid-wicket. But when he lets his hair down, his range of shots and the power behind them are quite astonishing. He can lay claims to a six at the Melbourne Cricket Ground. As an exhibition of brilliant batsmanship in a Test match, his 205 against West Indies at Bombay two winters ago was outstanding.

An executive with a textile firm, Gavaskar, educated at St Xavier’s School and St Xavier’s College, is married and has a son, named after his boyhood hero and one-time West Indian adversary, Rohan Kanhai. Gavaskar’s sister Kavita (means poetry) is married to the other Indian batting genius, Gundappa Viswanath. It is mind-boggling to contemplate the talent of their offspring – when he arrives.