Perhaps more than anyone, Steve Waugh was responsible for shaping the way modern Test cricket is played. In the 2003 Wisden, Simon Barnes explained why he was one of the most influential players in the history of the game.

Never has a cricketer had so appropriate a surname. But let us understand that aright. Steve Waugh’s cricketing warfare has never been a matter of hatred, jingoism and senseless aggression, any more than a matter of chivalry, romance and the search for personal glory.

No. Waugh’s wars have been about the most efficient possible means of despatching the enemy. They are about a clear understanding of the opposition’s strengths and weaknesses, and an equally uncluttered understanding of the strengths and weaknesses of his own side. Sometimes the results are spectacular, but that is by the way. Spectacle is a by-product of a hard head, clear vision, an analytical mind and an impersonal lust for victory. 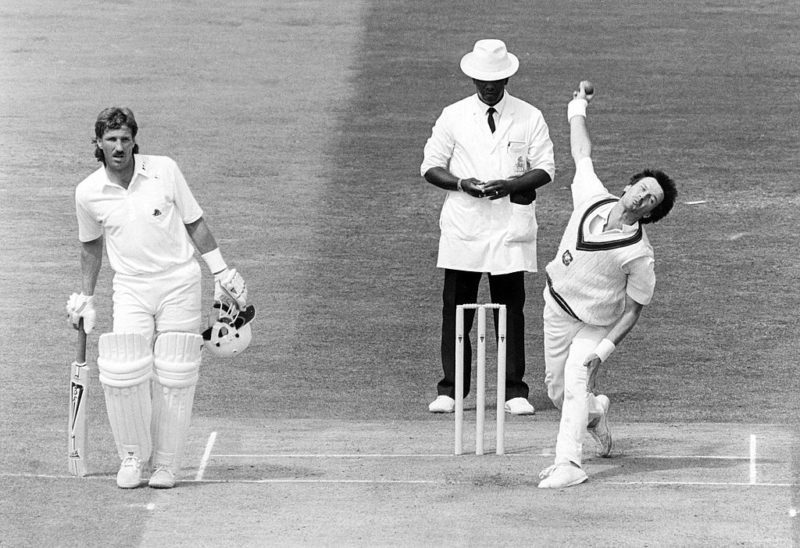 Waugh wants to defeat you personally – but nothing personal, if you see what I mean. He has that air possessed by very few, even at the highest level of sport: that sense of vocation, that urge to beat not the opposition but the limitations of your self, your game, your world. There was something of that unearthly quality in Ayrton Senna, the Brazilian racing driver. Ellen MacArthur, the British sailor, has it too.

Waugh has the gift of reducing complex matters to simple ones: he sees without prejudice how best to exploit the opposition’s weakness, how best to deploy his own strengths. The approach, cold-blooded, scientific, is that of a general, rather than a character in Sir Thomas Malory.

The tactic of speed has been enthralling, but Waugh did not do it to enthral. He did it to enslave

Waugh has conducted his cricketing campaigns in a mood of dispassionate ferocity. He famously remarked that sledging was “mental disintegration”; but that is not so much the aim of Waugh’s sledging as of Waugh’s cricket. The batting, bowling and fielding of his teams have all had the aim of causing mental disintegration: a moment of uncertainty that leads to self-doubt that leads to defeat. Waugh always wants defeat to be personal and complete, the better to prey on the opposition mind.

And in the process, he has transformed Test cricket. Over the past four years, his Australians played in a manner that was once unthinkable. A captain is usually assessed on the way he operates his bowlers and sets his field, for it is supposed to be the fielding captain who controls the tempo of a match. Waugh is, of course, spectacularly good at all that. But it is the way he manages his batting line-up that is revolutionary.

In 1990, when there had been a long-running debate about intimidatory bowling, runs suddenly flowed in county cricket through a combination of flat pitches and a different type of ball. Simon Hughes, still operating as a bowler, asked the plaintive question: “What about intimidatory batting?” Under Waugh, Australia’s batting has become the most intimidating aspect of modern cricket. The Australian batsmen seek to frighten opponents every bit as much as the fast-bowling quartet of the 1980s West Indians. They all act the same way, and they’re all coming to get you. 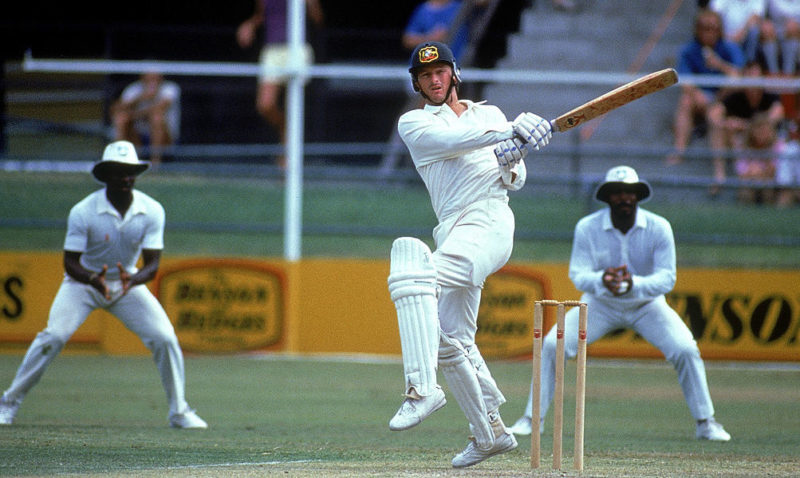 Steve Waugh during the first Test between Australia and West Indies, Brisbane, 1988

Waugh’s Australia bat with Waugh’s dispassionate ferocity. They bat as a team, with personal glory very much a secondary matter. And above all, they bat fast. In 2001, Australia scored at 3.77 runs an over: breathtakingly fast by traditional standards. In 2002, Australia scored their Test runs at a rate of 3.99 an over. Only once in history has a team scored faster through a whole year – in 1910, Australia scored their runs at 4.47 every six balls, and there were far fewer Tests then. By comparison, England’s run-rate in 2002 was 3.37 – and that was England’s fastest rate in almost a century. Other nations are following the Australian lead, but they’re not as good at it yet.

For them, fast scoring is not a bonnets-over-the-windmill slogfest: it is deadly serious

South Africa, once dour, now bat at a significantly faster tempo: the first thing they did in 2003 was to score 445 in a day against Pakistan. The sea-change in Michael Vaughan of England over the past year was in tempo. Speed is not an accident. It is a tactic. It can’t be done without very good players, but it is not the direct result of having good players. It is the result of astute, logical, cold-blooded thought on the subject of how best to win a cricket match.

We traditionally think of fast scoring as something dashing and devil-may-care: Jessop, Milburn, Botham. It was merry and jaunty and beery, the way you batted if you were a bit of a lad. Fast scoring was not altogether serious – it came in the drive-for-show category. Waugh’s Australians have put it into the putt-for-dough department. For them, fast scoring is not a bonnets-over-the-windmill slogfest: it is deadly serious. It is done first to undermine the opposing bowlers, and with them the rest of the fielding side. And then it gives Australia extra time in the quest for 20 wickets: a free session for your bowlers every innings. No wonder it took them only 11 playing days to win each of the last two Ashes series. 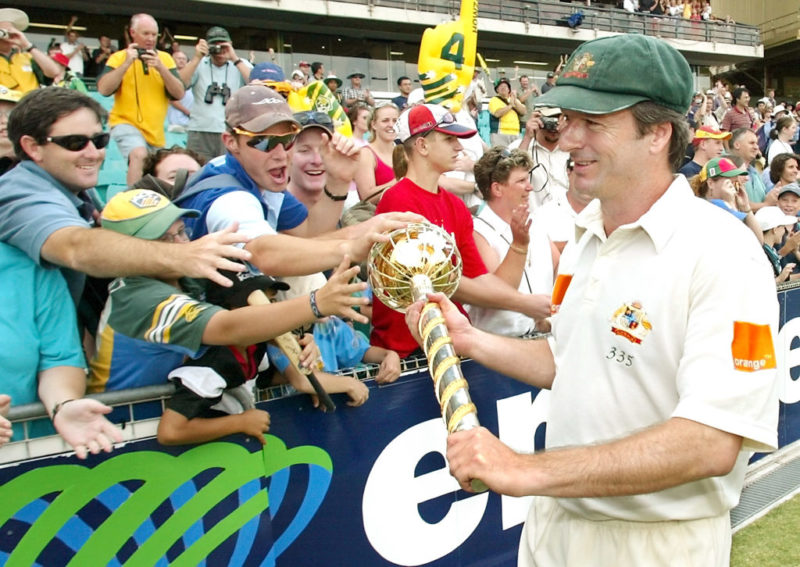 Most non-Australian cricket followers would admit when pressed that they can’t always tell one Australian batsman from another. They all wear green helmets with the Australian coat of arms above the grille, they are all good, they are all vindictively aggressive towards anything loose, they are all hugely confident. They bat as a unit and there’s always another one waiting to destroy you. A bit like the film Zulu.

The wicketkeeper scores even faster than the top six and the tail bat seriously, always an aspect of a consistently victorious side. And just as the West Indian bowling ground the opposition down, softened them up and destroyed their confidence, so the Australian batting does the same thing.

He has that air possessed by very few, even at the highest level of sport: that sense of vocation, that urge to beat not the opposition but the limitations of your self, your game, your world

The influence of one-day cricket is obvious, but it is not that the Australians bat in Test matches as if they were in a one-dayer. It is rather that the thought processes of one-day cricket – the need to capitalise on every error of the opposition, the presumption that you look to make runs off every ball – have been adapted to the Test context.

Hit-and-giggle? Far from it. There is no suggestion that a wicket is any less valuable to an Australian than it was before: Sydney 2003 was the first time since England’s previous visit four years earlier that they had been bowled out twice in a home Test. But wickets are seen more as team than as individual possessions. Every batting tactic, including that of speed, must be adapted to the conditions. In knuckling-down conditions, Australian batsmen will knuckle down. But send them a bad ball at any time in any context and hear it thwack into the boundary board: first over of the day, last over of the day, just after a wicket, just before tea, 50-3 or 200-0 – bam.

And don’t even think about a nightwatchman. When Andy Bichel was moved up to No.3 at Sydney in January 2003, nightwatchman was the word that sprang to some commentators’ lips, but what he was actually doing was the opposite – softening the new ball. 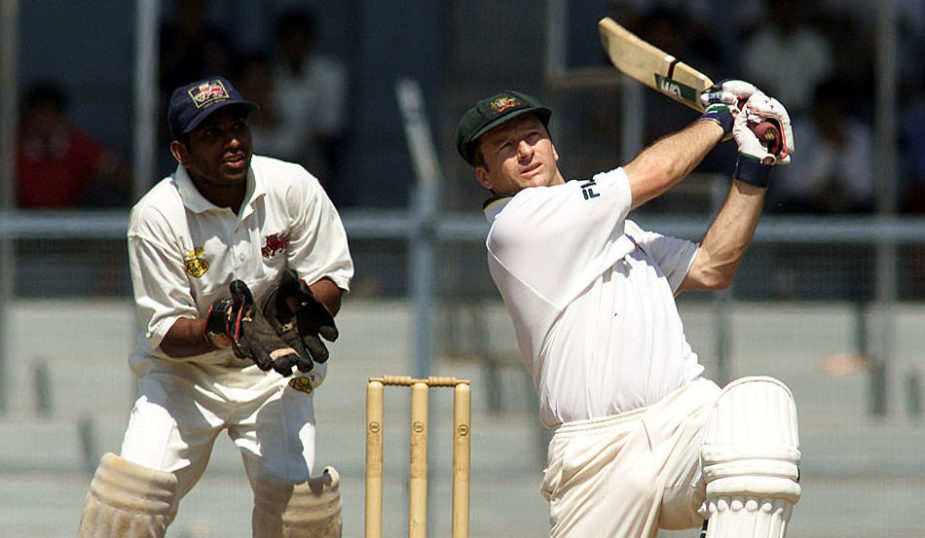 Steve Waugh hits a six during an tour match in India

It is not so much a tactic as an emphasis: when in doubt, attack. Not for fun – as a thought-out ploy. As a team policy. Speed is not self-indulgence but duty. The idea is to win every session of every Test match, and mostly that is what Australia have been doing. If things go amiss, there is always the captain to come in later in the order. The only disappointment in Waugh’s later career is that there have been so few occasions when he has been required to do his one-man rescue act.

The tactic of speed has been enthralling, but Waugh did not do it to enthral. He did it to enslave. There was an awful lot of guff talked about “brighter cricket” in the 1960s: if that was brighter cricket, what would audiences of 40 years back have made of the Australian speed machine? Waugh doesn’t employ the tactic to make cricket brighter. But – and it is an aspect of his greatness – he didn’t allow his prejudice against mere entertainment to muddle his thinking. In its intention, the Australian stroke-making is as flamboyant as an atom bomb.

The definitive treatise on warfare as a science of destruction rather than a chivalric art was written by Karl von Clausewitz in Napoleonic times. It is called On War. If a similarly hard-nosed book were to be written on cricket, the same title could be used. With a small adjustment to the spelling.