Not even Don Bradman could outshine Stan McCabe when he was in full flow. His Wisden obituary in 1969 remembered some glorious innings.

Short and stockily-built, with strong arms, flexible wrists and excellent footwork, he was at his best when facing bowlers of pace. Though he scored most of his runs by strokes in front of the wicket, with the drive his speciality, he also hooked splendidly. In addition, he was a useful change bowler above medium pace, with the ability to send down the occasional ball which came back from the off at disconcerting speed, and an energetic and accurate fielder.

He displayed an early aptitude for cricket when, after a month in the second team at St. Joseph’s College, Hunter Hill, Sydney, he gained a place in the first eleven as an all-rounder at the age of 14 and held it for three years. After leaving school, he assisted Grenfell Juniors, a country district club, and in 1928 made the first of many appearances for New South Wales.

His form for the State was such that he earned a place in WM Woodfull’s team which visited England in 1930 when, having taken some time to become accustomed to unfamiliar conditions, he averaged 35 in the five Test matches and in all first-class fixtures reached 1,012 runs without hitting a century.

In 1931/32 he enjoyed remarkable success in his three innings for New South Wales, scores of 229 not out against Queensland at Brisbane and 106 and 103 not out from the Victoria bowling at Sydney giving him the phenomenal Sheffield Shield average of 438. That season, too, he averaged 33.50 in five Tests with South Africa. 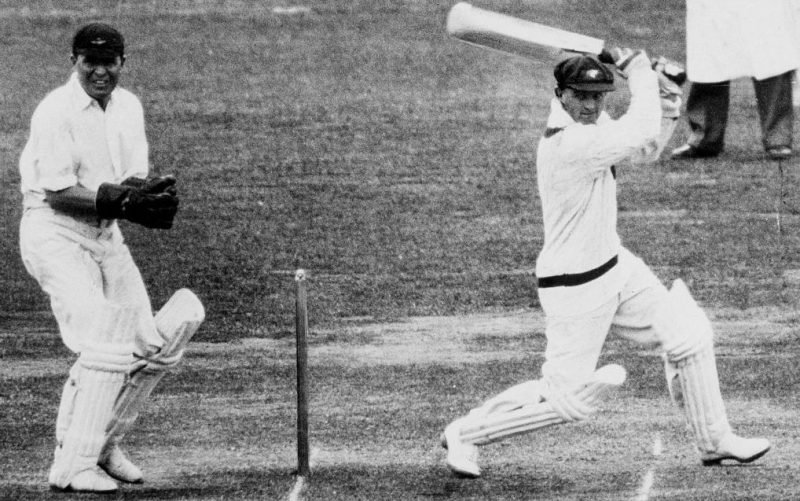 Against DR Jardine’s team in 1932/33, in what is often called “the bodyline tour”, when England employed fast leg-theory bowling to a packed leg-side field, McCabe distinguished himself by hitting 385 runs in the five Tests, average nearly 43. His 187 not out in the first match of the series at Sydney was a remarkable exhibition of both craftsmanship and courage. He made his runs out of 278 in less than four and three-quarter hours, after his earlier colleagues failed, with twenty-five fours among his figures. His hooking of short-pitched deliveries by H Larwood and W Voce, the Nottinghamshire pair, was something which will forever hold a place in Australian cricket history.

In England again in 1934, he put together eight centuries – more than any of his team-mates – including 240, the highest of his career, against Surrey at The Oval and 137 in the third Test at Old Trafford. As Wisden of the time said of him: “He blossomed forth as an almost completely equipped batsman of the forcing type and was probably the best exponent – Bradman himself scarcely excluded – of the art of hitting the ball tremendously hard and safely.” 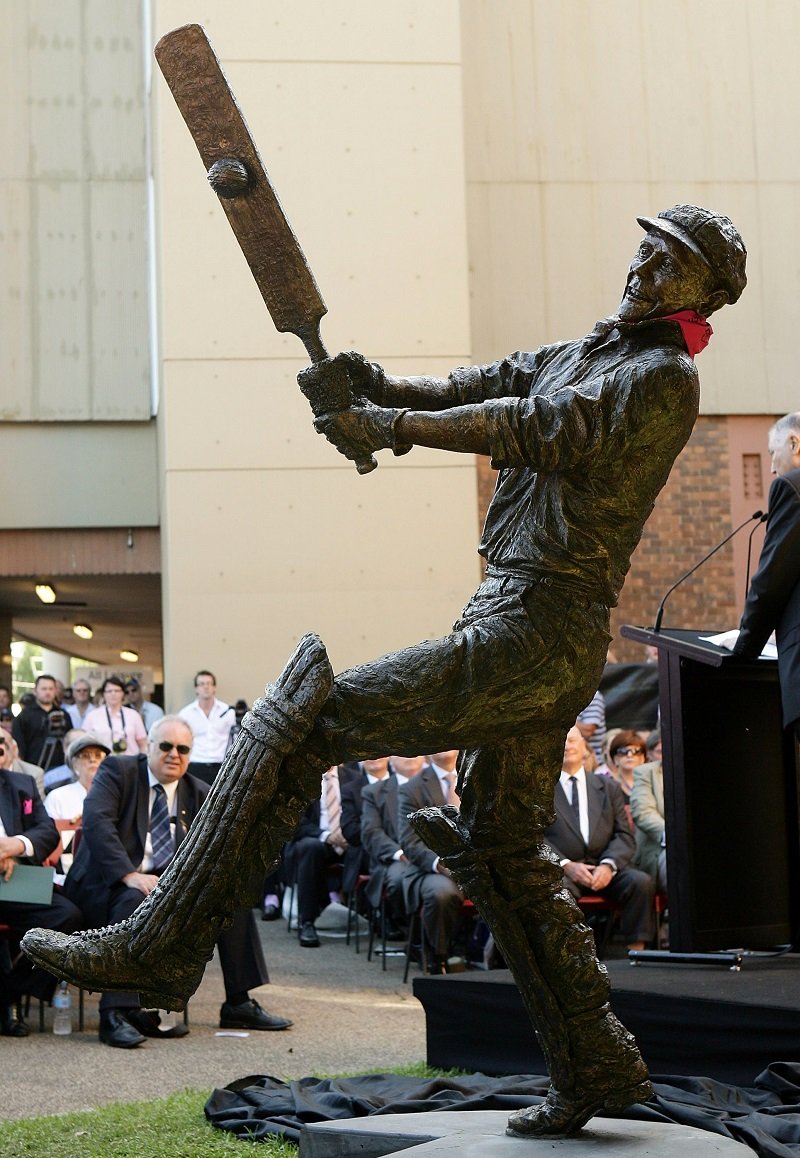 The sculpture of Stan McCabe, unveiled by Jack Clarke, the then Chairman of Cricket Australia, at the SCG in January 2010

Next season at home he became captain of New South Wales and on tour in South Africa in 1935/36 he enjoyed more success, heading the Test batting figures with 420 runs, average 84. He hit 149 in the first test at Durban, sharing a second-wicket partnership of 161 with WA Brown, and 189 not out in the second meeting with South Africa at Johannesburg, where he and JH Fingleton put on 177 together. At Johannesburg he showed his fast-scoring ability to the full by reaching 50 in 42 minutes.

Perhaps McCabe’s most famous innings was his 232 not out in the opening Test against England at Trent Bridge in 1938 which, scored at the rate of one a minute, prompted Sir Donald Bradman, his captain, to greet him on his return to the pavilion with the words: “If I could play an innings like that, I’d be a proud man, Stan.”