Richard Hadlee, one of the greatest seam bowlers in history, celebrates his birthday this month. After he retired, soon after being knighted, in 1990, Wisden carried this tribute.

The international bowling career of Richard John Hadlee, KBE, by his own assessment may be divided into three distinct periods: the first five years when he was “erratic, inconsistent and without a great idea of how to get through three days, let alone four, or five”; the years 1977 to 1980 when, according to Glenn Turner, he “came of age”; and the final decade, when he positively raced to his record number of 431 Test wickets by summoning every resource of experience and guile.

It began on February 2, 1973, at the Basin Reserve, Wellington, where he took two wickets in the match against Pakistan for 112 runs, and it ended on July 10, 1990, at Edgbaston, Birmingham, when he was handed the ball with which he had taken five wickets in an innings for the 36th time. From that modest start he had averaged five wickets a match over the 86 Tests in which he had played in the subsequent 17-and-a-half years, and he retired “very happy, relieved, proud”.

That he was the most intelligent fast bowler the world has seen there can be little doubt or argument. He did not have the bumptious lovableness of Botham, the small boy’s hero; he rarely, if ever, showed the fire and fury of Trueman in his pomp; he never besmirched his reputation with the gimmickry or histrionics of Lillee (the bowler he most admired).

There has been no greater fascination in modern cricket than watching an over from Richard Hadlee when there was some response from the pitch or some help in the atmosphere.

What Hadlee brought to fast bowling in the second half of his career was deep thought, intense academic study and immense concentration. Not only did he spend hours watching video-tapes of Lillee, considering the approach, the delivery, the grip, the release; he spent even more time searching for weaknesses in the defensive armoury of the greatest batsmen of his day, in the manner of a surgeon studying X-rays before probing for the source of the problem.

Hadlee’s basic delivery (if, in fact, there was one) would be the ball which moved away from the bat after pitching on to an angled seam. He called it, in Southern hemisphere style, a leg-cutter – a delivery which in English terms requires a specific movement of the fingers at the moment of release – but such was his control and his ability to land the ball exactly as required that he might be said to have perfected a simplified version of the leg-cutter.

He could nip one back the other way, usually from a little wider in the bowling crease to pose problems of line judgement. Swing was not always the most potent weapon, but when atmospheric conditions were right his quicker ball moved late and away towards the slips; his slower ball, the one he called the “dangly”, swung into the batsman. He used the quick bouncer sparingly, keeping it always in reserve to invest it with the additional element of surprise. There was subtlety in everything he did. 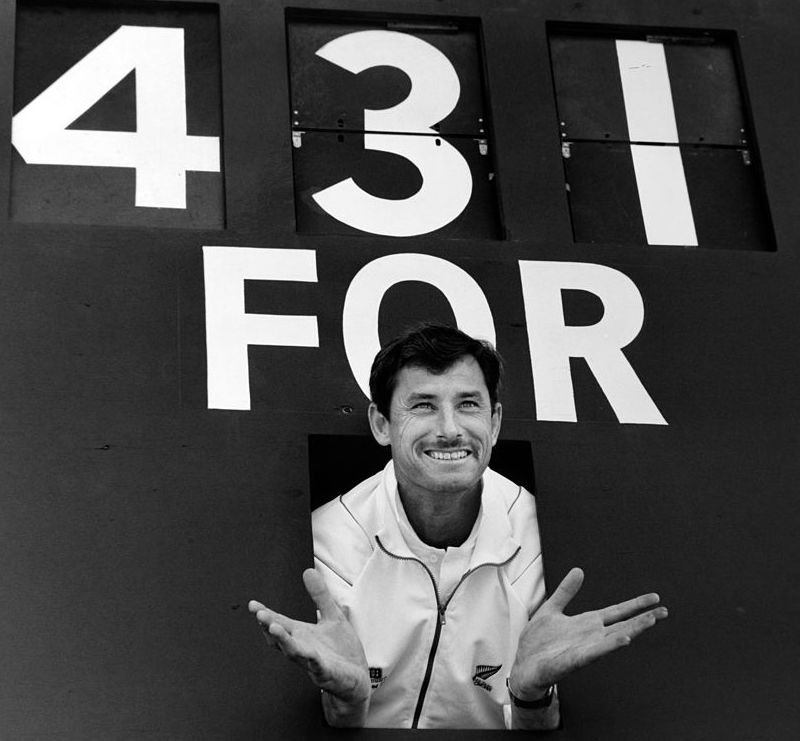 Hadlee celebrates his 431 Test wickets after announcing his retirement, July 20, 1990

Hadlee’s “placing” of these differing deliveries in the course of an over was as meticulously thoughtful as every other aspect of his campaign, for that is what a bowling spell was to him. in the manner of the great spin bowlers of earlier years, he plotted the downfall of his opponents on lines of long-term strategy, without necessarily feeling that each individual delivery deserved a wicket on its own merits. It was simply a factor in the Grand Design, a skirmish in the battle to put the batsman on the foot, back or front, where he was less assured or – the ultimate victory – to catch him in no-man’s-land.

There has been no greater fascination in modern cricket than watching an over from Richard Hadlee when there was some response from the pitch or some help in the atmosphere.

So great has been the impact of his bowling, for Nottinghamshire and for New Zealand, that it is possible to pay less regard to his batting than it merits. Yet on figures alone he stands among the greatest of post-war all-rounders. Only Botham, Kapil Dev and Imran Khan join him in the ranks of those who have scored more than 3,000 runs while taking more than 300 wickets in Test matches. His “double” in the County Championship of 1984 was the first to be performed in England since 1967 (by Fred Titmus), in an age when the feat seemed to be beyond modern cricketers.

And consider his averages in accomplishing it: 1,179 runs at 51.26, 117 wickets costing 14.05 each. They are astonishing figures. In the 1987 NatWest Bank Trophy final, the game seemed irretrievably lost to Nottinghamshire when it spilled over into a second day because of rain; Hadlee’s 70 not out from 61 balls on the Monday resulted in a victory which was something more than improbable.

At Test level, his 11-102 and 51 runs in the first innings helped New Zealand to the victory which decided the 1979-80 series against West Indies; in the following match he completed a maiden Test century (as well as rounding off his Test “double”) off 92 balls from Roberts, Holding, Garner and Croft. In February 1984, in Christchurch, he took 8-44 and scored 99 runs from 81 balls on a pitch where England mustered totals of only 82 and 93.

"I felt a cheat. I had had three awful seasons since first joining the club and commitments to New Zealand meant that I hadn’t given Notts value for money"

Even in a career as illustrious as his, however, there have been disappointments. “If the ultimate satisfaction for a bowler is to do the hat-trick, then the ultimate ultimate must be to take all ten wickets in an innings, and I never did that.” The nearest Hadlee came to all ten was when he took 9-52 in the innings victory over Australia in Brisbane in November 1985. But as he caught the tenth batsman, took 6-71 in the second innings, and in between hit 54 runs, that can scarcely amount to a deep disappointment. “No. That was, I suppose, as near-perfect a performance as one hopes to achieve, and one in which the whole team shared. Brilliant catches were held and the batting was consistent.” It was a result which left Australia stunned.

For the real disappointment of his Test life, one has to turn to events in his own country, most particularly a widespread failure by press and public to understand and accept his adoption of the short run after 1980. There was a rather naive insistence that New Zealand’s principal strike bowler should look fast by continuing an approach from 25 yards. While sheer physical necessity demanded that he reduce this, Hadlee felt a sense of outrage that his professionalism was being questioned.

The shaft which went deepest was a well-turned journalistic phrase of Don Cameron, the country’s leading cricket writer, who wrote of “…New Zealand’s heaviest artillery operating off a pop-gun run-up”. Ten years after the words were written, Richard Hadlee quotes them in a crescendo of indignant incredulity. It was that change which transformed him from a good Test bowler into a great one. 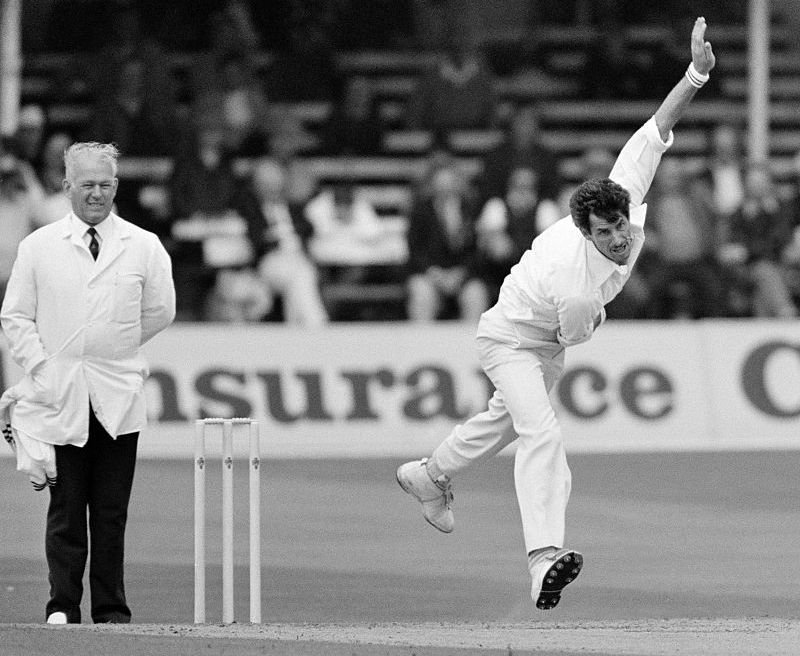 As his career developed, so did his public persona and the need for a highly developed sense of public relations. He acknowledges with gratitude the debt he owes to Grahame Felton, a management consultant in Christchurch, who changed the whole Hadlee character after a near-breakdown in 1983. His naturally strong personality became even more positive; he seemed able almost to anticipate all but the most asinine of questions, and in consequence an interview with Richard Hadlee has usually been a rewarding experience for the questioner. His replies are reasoned, succinct, humorous (where appropriate) and always to the point. If he has not suffered fools gladly, no-one but a fool would condemn him.

His is a character which his fellow New Zealanders have perhaps found easier to respect than to regard with warm affection, though his autobiography achieved a massive sale. His countrymen are less effusive about sporting heroes than in some other parts of the world. As a result of this, criticism at home, especially when ill-informed, has tended to irritate him more than might otherwise have been the case. (In this, he would find a ready ally in Glenn Turner.) One accusation of cupidity – the matter of a car awarded for an outstanding performance – was built up to a cause celebre in New Zealand.

Yet if one searches for the real heart of the man, one comes to his confession at the end of the 1980 season with Nottinghamshire: “I felt a cheat. I had had three awful seasons since first joining the club and commitments to New Zealand meant that I hadn’t given Notts value for money. I was embarrassed to collect my pay-cheque.” Hadlee has always been practical and pragmatic in financial matters, but he would shudder at the thought of anyone believing him capable of short-changing his employers or his colleagues.

The umpire, John Holder, confessed that he was laughing so heartily that it would have been difficult to answer an lbw appeal

He has been as industrious a worker outside cricket as he was on the field, involving himself in authorship, broadcasting (presenting his own programme), publicity and promotion, television commercials, journalism and public speaking. To these activities he now adds the commercial cultivation of exotic flowers, and it will be no surprise to anyone if that, in due course, becomes a highly successful enterprise. If Richard Hadlee appears to have the golden touch, it is largely because he works so hard for his success. Edison may well have been looking a century into the future when he defined genius as one per cent inspiration and 99 per cent perspiration.

The final distinction of a knighthood in the 1990 Birthday Honours’ list came as near as anything has to overwhelming the man. He admits to “dreaming dreams” as a child without any real expectation of fulfilment. Personally, I have a few doubts about that. Richard John Hadlee seems always to have had a strong sense of his own destiny. At 39, feeling “very happy, relieved, proud”, he could look forward to the second half of a life in which all things were possible. There will be no raised eyebrows – from New Zealand to Nottingham at what he achieves. 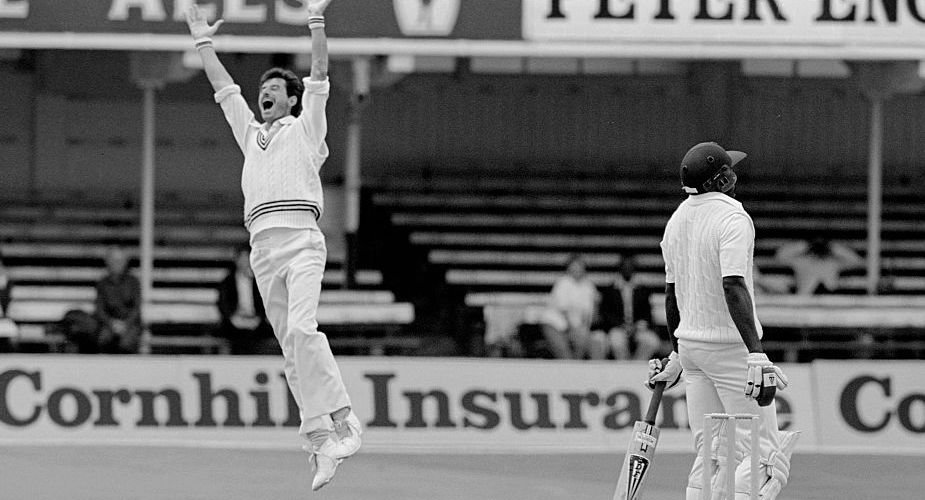 While Hadlee’s conversation is animated, bright and witty, it is perhaps a little difficult to think of him indulging his sense of humour in the middle of a Test match. When he bowled Devon Malcolm to end England’s first innings at Edgbaston, however, he was laughing so much at the batsman’s simulated aggression that he found it difficult to direct the ball at the target. The umpire, John Holder, confessed that he was laughing so heartily that it would have been difficult to answer an lbw appeal.

Related Story: The all-time New Zealand ODI XI, based on the ICC rankings

Fortunately for the dignity of the game and of a distinguished career, the end of the second innings was a more serious matter, for that final five-wicket performance put New Zealand in with a chance of victory. It would have been unthinkable to look back on a bowling performance by Sir Richard Hadlee as any sort of laughing matter. The last spell of all put matters into perspective. Hadlee bade farewell to the game on a more characteristically thoughtful – and successful – note.