Ryan Sidebottom seemed destined to be remembered as a one-cap wonder until his unexpected return to the England team in 2007. A year later, he was a Wisden Cricketer of the Year.

Even seasoned England watchers would never have predicted the team’s seam attack for the First Test against India last summer. Not one member remained of the decorated quartet that had famously regained the Ashes two years before. In their place were James Anderson, Chris Tremlett and Ryan Sidebottom, pitting their inexperienced wits against four Indian batting galacticos – Rahul Dravid, Sachin Tendulkar, Sourav Ganguly and V.V.S. Laxman – with more than 30,000 Test runs between them.

Yet from the moment the left-arm Sidebottom bent a delivery into the opener Dinesh Karthik’s pads, the Englishmen held sway. The four thunderbats made only 88 runs between them and India were dismissed for 201. The match was eventually drawn, but the young England bowlers had seized an initiative which, in subsequent Tests, their batsmen singularly failed to capitalise on. 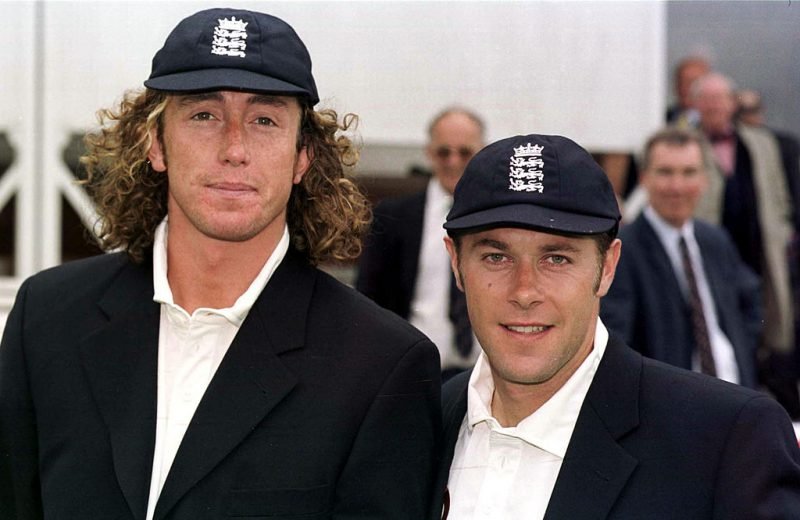 To label Sidebottom as “young” is perhaps misleading. He was 29 when surprisingly recalled to the England team for the Second Test against West Indies early last summer. He had done almost a decade of service on the county circuit. But he was “young” in terms of Tests. He had just a solitary cap, earned in 2001, and most had assumed he was destined to join his father Arnie in the one-Test wonders’ hall of shame.

The most important thing his father had taught him, however, was never to give up hope. The son’s determination and consistency for Nottinghamshire had been noted, and a combination of other bowlers’ waywardness and Matthew Hoggard’s injury prompted a call to someone the England captain could trust. Returning to his original home patch at Headingley, his opening thrust in both innings laid the platform for a handsome English victory. Far from being only a horse-for-the-Leeds-course, by mid-season he was an automatic selection. Sidebottom’s eventual haul of 24 wickets at 25 each made him the England bowler of the summer, just ahead of Monty Panesar. Being awarded a central contract was final confirmation of his coming of age. 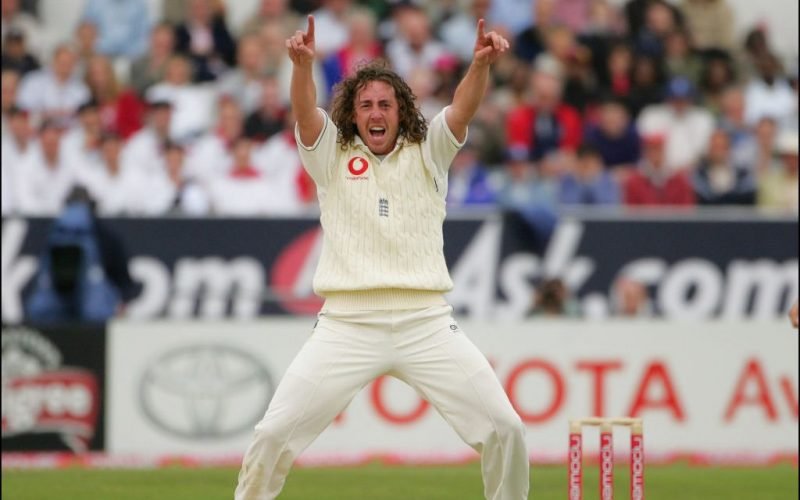 Sidebottom bagged eight wickets in his comeback Test against West Indies at Headingley, which England won by an innings and 283 runs

Ryan Jay Sidebottom is that English speciality, a late developer. He was born in Huddersfield on January 15, 1978, by which time his father Arnie had finished his brief career as a professional footballer with Manchester United and was a prominent fixture in the Yorkshire team. An irrepressible seamer instantly recognisable for his ginger hair and a face purple from exertion that earned him the nickname Red Dog, Sidebottom senior was too preoccupied with his county commitments and the first rebel tour of South Africa to have a major influence on his young son’s sporting education.

Ryan was allowed the odd sortie on to the Headingley outfield before a Sunday League match, but it was his maternal grandfather who really nurtured his interest, especially on Blackpool beach during the family summer holiday.

"I went home and cried my eyes out. But my dad said: ‘Prove people wrong.’”

By this time his father had made his sole Test appearance – against Australia in 1985 – but seven-year-old Ryan didn’t witness it. Later he played for Holmfirth, where his dad was the club pro, and showed promise with the ball, but failed to achieve any significant recognition. Indeed, he was positively rejected. “We had a trial game for Yorkshire Under-15. I thought I bowled well taking two for 32. But I didn’t get selected for the A-team and was put in the B-team instead. After the B-team game the coach sat me down and in front of all the lads he said: ‘Find something else to do – you’ll never be good enough at cricket.’ I went home and cried my eyes out. But my dad said: ‘Prove people wrong.’”

He had a brief flirtation with professional football (trials with Sheffield United) before an invitation to the Yorkshire winter nets became the catalyst for eventually turning pro. He made his first-class debut in 1997 but, with a number of other talented fast bowlers at the club, he struggled to make an impact, except for his nickname: Sexual Chocolate, after a band in an Eddie Murphy film whose lead singer had similarly frizzy hair.

An excellent run of performances in 2000 earned him his county cap – on the same day as Hoggard – but he ruptured a hip muscle in the same match and was out for the rest of the season. He still finished second in the national bowling averages, and the leading Englishman.

He also topped the bowling averages on the subsequent England A tour to the West Indies and won a Lord’s Test call-up against Pakistan in 2001 when Hoggard was injured. He and Arnie became the tenth father-and-son pair to represent England, but Ryan was slightly overwhelmed by the occasion – “I had never played in front of more than 1,000 people before” – and ended wicketless. He helped his county to their first Championship title for 33 years, but was not always first choice in subsequent seasons. Somewhat disheartened, he ended the family’s 30-year association with Yorkshire and moved to Trent Bridge at the end of 2003.

It was the best decision he ever made. He was often given the new ball, in all competitions, and thrived on the fresh responsibility and the helpful atmosphere at Nottinghamshire. He gleaned valuable advice from fellow left-armer Greg Smith, and later the New Zealand captain Stephen Fleming, who arrived in 2005 and encouraged the naturally laid-back Sidebottom to be more aggressive. This coincided with his first 50-wicket haul and Nottinghamshire winning the County Championship.

In contrast to his debut, he was now sure of his ability and trusted his methods of fast-medium-pace and probing left-arm inswing from an impressive 6ft 3in frame. They soon brought rewards. After the appalling waywardness of Harmison and Co in early summer, his steadiness was immensely reassuring, and his duel with a struggling Tendulkar in the Trent Bridge Test was, for the purist, one of the highlights of the summer. To cap a satisfying re-emergence, he won the series award in England’s unexpected one-day triumph in Sri Lanka for his 12 wickets and subjugation of Sanath Jayasuriya.

Sidebottom’s galumphing run and Cavalier locks conjure up an impression of someone who has strayed on to the field from an earlier era, and his patient perseverance is something of a throwback to the seemingly bygone days of line and length. Such simple virtues, though, were sufficient for Glenn McGrath to become the most successful seam bowler ever.

Ryan Sidebottom played for England until 2010 and had a key role in the side that won the World T20 that year.