In 59 Tests between 1968 and 1977 Roy Fredericks amassed 4,334 runs for West Indies, while his ODI career saw him form part of the side that won the inaugural men’s Cricket World Cup. Wisden paid tribute to the left-hander when he was named a Cricketer of the Year in 1974.

Roy Clifton Fredericks, born in Georgetown, Guyana on November 11, 1942, might well have seen out his days as a backroom clerk in some government service office, but cricket has made him a man who, throughout the Caribbean and in many other parts of the globe too, is now recognised as the best left-handed opening batsman in world cricket.

This five feet four inch West Indian first announced himself in top-class cricket with 127 and 115 in the 1967 Shell Series match against Barbados in which no fewer than six hundreds were scored. The following season, a patient 57 for Guyana against MCC earned him selection for the West Indian party which toured Australia. There he averaged 33.87 in the series with a highest score of 76. The improvement continued and in the United Kingdom in 1969 he was the only batsman in the West Indian party to score over 1,000 runs on that short tour, averaging 45.28 with three hundreds. In the Tests, his highest score was 64. 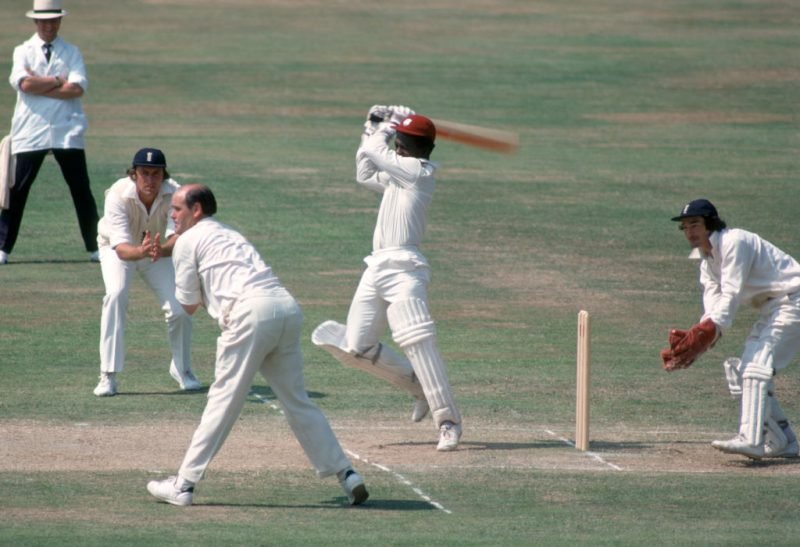 Fredericks’ introduction into English county cricket could hardly have been more dramatic. Glamorgan, searching for a replacement for Bryan Davis of Trinidad who had returned home at the end of his three-year contract, sounded several leading West Indians without success until on the advice of Jeff Stollmeyer, the 29-year-old Guyanese left-hander was approached. He made his county debut against Nottinghamshire at Trent Bridge in May 1971, scored 145 not out in the second innings, took five wickets in the match and was awarded his county cap!

It was an eventful season for the diminutive left-hander. On the fiery Sophia Gardens pitch in his first home game at the Welsh county’s Cardiff headquarters, a sharply rising ball from the Worcestershire West Indian fast bowler, Vanburn Holder, broke his right forearm and he missed the next six weeks’ cricket. He returned to score another century at the end of the season against Kent and topped Glamorgan’s averages with 1,377 runs, average 45.90. Looking back it seems more than were coincidence that Fredericks’ injury ran in parallel with the county’s slide down the table. From champions in 1969 and runners-up in 1970, by the end of the 1971 campaign they had fallen to sixteenth place, but Fredericks had made his mark.

Reviewing that season, Wisden wrote: “There were some who even believed that Fredericks’ adventurous approach was an embarrassment. He was a law unto himself, but let it be also admitted that Fredericks brought a breezier and fresher gust of gaiety to the cricket grounds of South Wales. His two innings at Swansea against Northamptonshire and Yorkshire will remain in the memory of cricket cameos for all time if only for the joyous abandon of his batting.”

It is this quality above all others that endear and yet infuriate both spectators and county colleagues, for Fredericks has two sides to his cricketing nature. The brilliant cavalier who either makes a quick fifty or is caught on the boundary in the first over of a match, and the watchful sheetanchor role he has so often adopted for the West Indies. His 150 against England in the second Test at Edgbaston in the 1973 season which took him eight and a half hours is a classic example of this Jekyll and Hyde character. But let it not be forgotten that it rescued his team from a potentially losing situation and he received the Prudential-Wisden award. 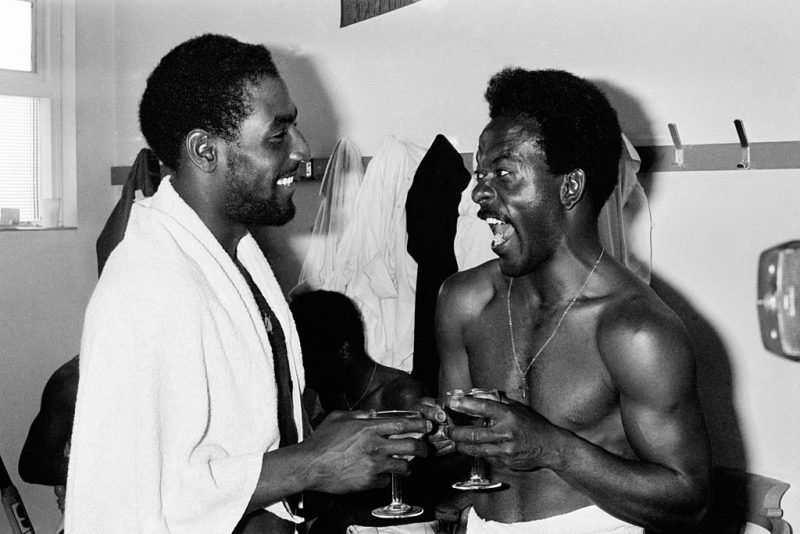 The 1971/72 series in the West Indies against New Zealand was dominated by the endurance feats of Glenn Turner. Fredericks, with 487 runs in the five Tests, was the leading West Indian run-getter and, averaging 54.11, he had only one score under 30 with a highest of 163 in the first Test at Kingston, incidentally his first international hundred during which he shared in a second-wicket partnership of 267 with Lawrence Rowe. Yet he rates his 69 and 31 on an irregular bounce pitch at Port of Spain, Trinidad, in the Second Test, a much better performance. “The experience I gained playing on English county wickets the previous season helped me tremendously,” said Fredericks. “I never really watched the ball until I joined Glamorgan. Playing all my cricket on flat West Indian and Australian wickets had made me a little slack. You don’t have to concentrate so hard at home, once you are in and got the pace of the pitch and the bounce of the ball, only fatigue should get you out. In England, it is different. You can get a ball bowled at you when you are say 40 and set, which is totally unplayable. It’s made me a lot more selfish if you like. By that I mean once I get over the initial few overs, and survive, particularly in a Test match, I try to make the most of my time at the crease and not throw it away as I used to do.”

Few watching Fredericks at the crease would sense any change of approach since he first joined the county circuit. Indeed, if figures are anything to go by he had a serious relapse in the 1972 English season which followed. Rash stroke followed rash stroke and in the middle of the season he was actually dropped from the Glamorgan team! When restored down the order at number four, his pride, always a strong factor in Caribbean cricketers, stung him into an immediate response. Three hundreds in the last four matches and 615 runs in his last six innings hoisted his aggregate to a modest 1199, average 39.96. His purple end to the season included his highest score of 228 not out against Northamptonshire at Swansea, during which he set a new Glamorgan first wicket record of 330 with Alan Jones (105).

The early part of the 1973 season in the UK saw a repeat of his previous year’s start in the County Championship. In 12 innings for the county he aggregated only 415 runs, averaging it is true 34.58, but 106 of those runs came in one innings.

The impetus of joining the West Indian touring party in Britain in June provided the fresh inspiration he needed. He was the batsman around whom the West Indians built their castle in winning the series against England. In the three Tests he averaged 50.20 and rounded off the tour with 105 at The Oval in the second of the Prudential Trophy 55 over matches, in the process comfortably winning the Man of the Match award.

Fredericks is now as firmly established in the No.1 spot as Conrad Hunte was in his day. Paradoxically, his career with Glamorgan has ended. In December the county decided not to renew his contract because, with three or four overseas players in the side, they were neglecting their own very promising young home-bred talent. That is a worthy motive which one can only applaud.