Robin Jackman was one of the leading seamers in county cricket from the mid-1970s to the early Eighties and was a Wisden Cricketer of the Year in 1981. But the selectors remained sceptical.

For Robin David Jackman, Surrey’s lion-hearted opening bowler, there was nothing much wrong with 1980 that a slight adjustment to his birth certificate, 14 more points in the County Championship, and a different set of Test selectors would not have put right.

With 121 wickets in the first-class game, 17 in five Gillette Cup ties and 19 more in other limited-overs matches, he was far and away the country’s leading wicket-taker. Yet to the shame of the selectors, sympathy of his peers and indignation of the public, official recognition of his excellence was confined to one Prudential Trophy match and the bitter-sweet experience of watching the Centenary Test against Australia as 12th man from the balcony of England’s dressing-room.

When a fortnight later Jackman was passed over for the tour to the West Indies, deemed by the selectors not to be among England’s best five seamers despite having taken more wickets than any two others put together, even a man of his optimistic spirit was inclined to believe that, at 35, his last chance of playing for his country had probably slipped by.

From mid-season there had never been much doubt that, short of a broken bowling arm, he would be among Wisden’s Five Cricketers. But pleased as he was to be chosen, an even more satisfying honour was in store when he was voted the Cricketers’ Cricketer for 1980, an annual award given by the 250 or so county professionals to the player they considered made the greatest contribution to his team’s success – in hard work and dedication as much as, or more than, statistically.

As most of them would have had Jackman in their Test team, it is not being too fanciful to read into their verdict a hint that, had the choice been theirs, his coveted first England cap would have been safely in his cricket-bag. 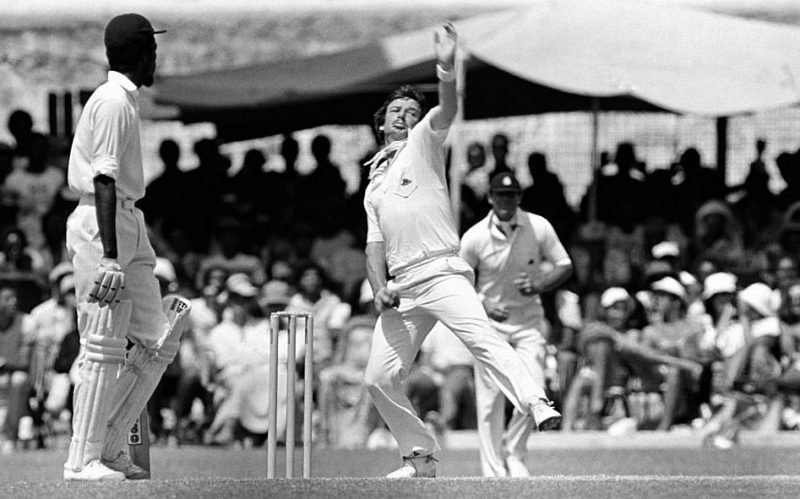 Robin Jackman in action on his Test debut against the West Indies at Bridgetown, Barbados in March 1981

Having set his heart on playing for England, Jackman was honest enough to make no attempt to hide his disappointment when, one after another, the Test teams came along without his name included. He was a strong contender from the third Test onwards, by when his 66 wickets made him by 36 the most prolific English seamer. At the end of the season he was generous enough to admit that “it would have been a bold decision to pick a bowler of my type at 35,” but then added pointedly: “All the same, I can’t help thinking they’d have picked me if I’d been a 35-year-old batsman and got twice as many runs as anybody else!”

The year had begun unpromisingly for him when, minding his own business as he waited to turn out of a T-junction in Salisbury, Rhodesia (Zimbabwe), his car was struck amidships by someone swinging wildly round the corner, throwing him bodily into the road. He escaped with severe bruising, but had to cancel a holiday with his wife in South Africa to return to England, where by continual exercise under supervision he worked himself back to fitness in time to start the season. Fully recovered, he took nine Hampshire wickets in Surrey’s opening Championship match and never looked back.

Of his 34 wickets in July, no fewer than 27 were specialist batsmen – and 17 of those were out in single figures

Compensating by accuracy, consistency and willingness for the extra yard of pace that would have made him a certain choice for England, he played an indispensable part in Surrey’s season, keeping them snapping away at Middlesex’s heels till the penultimate Schweppes match and steering them to the final of the last Gillette Cup, in which their batting let them down and, much to their disgust, they were again beaten by their London rivals.

Obviously Jackman didn’t do it on his own. Sylvester Clarke, his West Indian opening partner, Alan Butcher and Roger Knight were other key members of the side. But an analysis of his figures shows just how much Surrey owed to him: of his 114 Championship wickets, 67 were in the top five of the order. In cricket parlance, he kept knocking over the best players, often before they reached 20. Of his 34 wickets in July (15 of them, for 80 runs, in three Gillette Cup ties), no fewer than 27 were specialist batsmen – and 17 of those were out in single figures. 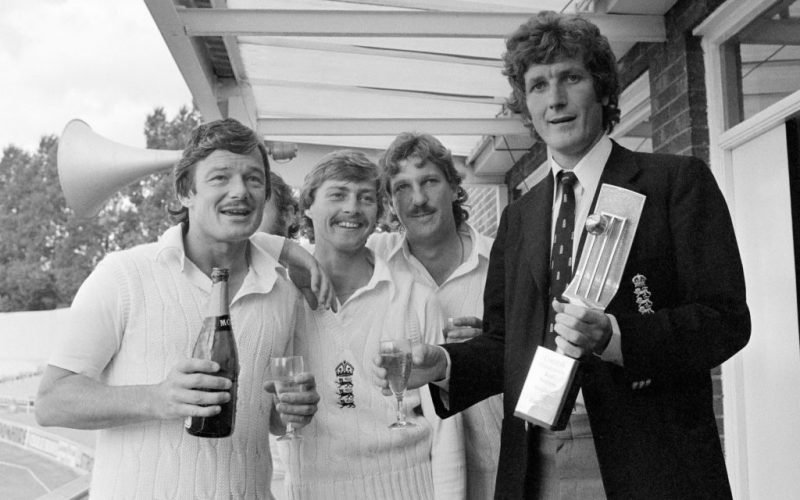 His fortnightly rejections by Alec Bedser’s panel made nonsense of the recurrent theme of Test selectors that England teams should invariably be picked to maximize their winning chances.

By giving him incentive, Surrey’s challenge for the Championship can only have helped Jackman put his disappointments to one side. But, Jackman being above all a fighter, it would have made no difference to his game had they been lying 12th instead of second. For whatever limitations he has as a cricketer, lack of heart is certainly not one of them. Of all the thousands of times they have watched him scurry in to bowl during the 17 seasons since he joined the Surrey staff, his team-mates will not remember many when he spared himself – never when it mattered. He is the sort of bowler any captain would like to have on hand – fit, strong, aggressive and as full of guts and bounce at the end of a day as at the start of it.

Jackman’s family background is of a type that has become increasingly familiar among county cricketers since the abolition of the amateur in the early 1960s removed the stigma of public schoolboys playing a game for money. He was born on August 13, 1945 in Shimla, where his father, a colonel in the 2nd Gurkhas, was serving the last months of his career in the regular army before being invalided out. He lost a leg in a wartime accident. On his mother’s side, Robin has a well-known uncle in the actor, Patrick Cargill, who long ago did batsmen a bad turn by discouraging his starry-eyed nephew from following him on to the stage.

The Jackmans came back to live in Surrey in 1946 – they are both members of the club and are often to be seen at The Oval – and it was in a net on their lawn that, at five, Robin turned professional. Sixpence from father if he pitched it on a handkerchief, a penny deducted each time he bowled down the leg-side. “He lost,” said Robin.

Like his father, Jackman was educated at St Edmund’s School, Canterbury, where he blossomed from a skinny off-spinner at 12 into the beginnings of the sturdy (5ft 9½in and 12½st) athlete we know today. In his second year in the Eleven, 1962, he topped both sets of averages, scoring 515 runs, a record, and taking 34 wickets opening the bowling.

He joined Surrey in 1964, but with competition from Arnold, Sydenham, Jefferson, Gibson and Storey, had to wait till 1968 for a regular place and till 1970 for his county cap. Ten years later he has taken more than 1,100 wickets and become one of the most reliable and hard-working bowlers on the circuit. His best two seasons, strangely on the surface, have been the last two (93 wickets and 121). But not to Jackman.

“Put it down to Sylvester Clarke,” he said. “It would be over-modest if I didn’t say I’d bowled well; but it’s made a tremendous difference to a bowler of my type – fast-medium length-and-line – to have a genuine quick one at the other end.”

By the time this profile was published, Jackman had played for England, making his debut against West Indies in Barbados. But he played just four Tests and 15 ODIs. He took 1,402 first-class wickets.