Ricky Ponting was one of Australia’s greatest batsmen and a fiercely competitive captain. After his retirement in 2012, Wisden published this outstanding tribute.

“Catch, Ted,” said Ricky Ponting. “Catch, Ted.” It was late in Australia’s morning training session ahead of next day’s Perth Test against South Africa. The small knots of onlookers had moved on; only a handful of players remained. Still in his pads, Ponting was sitting on a bench after a long stint facing net bowlers and throwdowns, and watching a helmeted Ed Cowan practise his short-leg catching with coach Mickey Arthur. “Catch, Ted,” he would repeat as each hit went in. “Catch, Ted.”

Nothing so unusual about that. In his long career, Ponting had made a habit of being among the last to leave training. Except that, unbeknown to those beyond the team and their immediate circle, he had just a couple of hours earlier confided that this, his 168th appearance – equalling Steve Waugh’s national record – would be his farewell Test. It remained at that stage Australian cricket’s best-kept secret. “Catch, Ted,” he repeated. “Catch, Ted.” 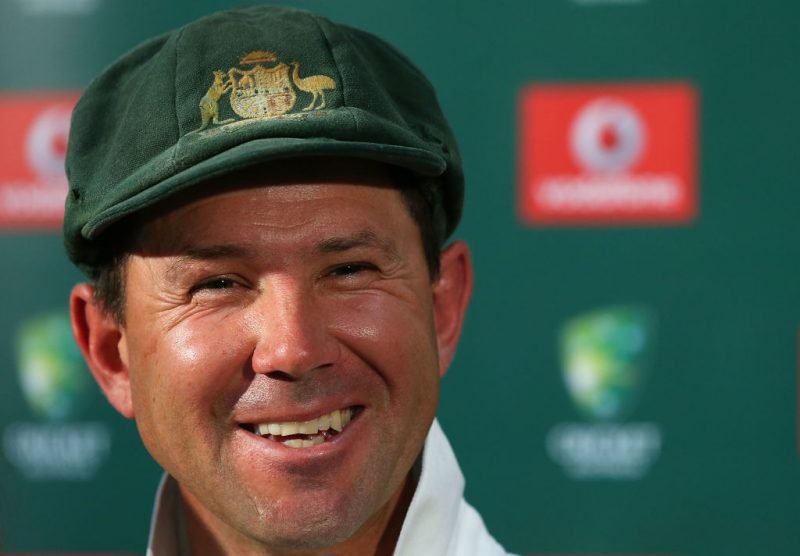 After one last surveillance of the practice area, Ponting shouldered his backpack, tucked two bats under his arm, and began wending his way to the dressing-room –- the same one from which he had emerged 17 years earlier, a fresh-faced youngster of 20, to make his Test debut against Sri Lanka. Twenty minutes later, it was official. Amid a gathering sense of anticipation and occasion, Ponting walked into a room in the bowels of the WACA, accompanied by his wife, his daughters and finally his team-mates, who ringed the back wall. There had been tears earlier, Ponting admitted: “I tried to tell them a lot, but I didn’t get much out. As I said to the boys this morning, they’ve never seen me emotional, but I was this morning.”

Now he was more composed, and there was relatively little theatre, certainly when compared to the lusty salaams that accompanied the departures of his eminent contemporaries Steve Waugh and Shane Warne. Fifteen minutes later, the journalists were composing their obsequies. It had all been disarmingly matter-of-fact – very much the Ponting vein.

And thus did an era pass that had been a long time in the fading: the era of Australian dominance, of which Ponting, and not merely his bustling, bristling batting, but his hairy-armed, spitting-in-his-hands presence, had been a personification. Australia had ceded their No.1 Test ranking in August 2009, and their No.1 one-day ranking three years later. Since then, all that had remained had been Ponting – and now he, too, was to go.

“Seriously,” he had said to Cowan just before the Sheffield Shield final earlier in the year, “you don’t really think I give a toss about hundreds, do you?”

He had opened up in that time a sizeable gap between him and the next-highest Australian Test run-scorer, Allan Border. And even if his form had been more variable than of yore, an Australian order with his name in it could not help bear a strong look; he drew, of course, on a massive estate of international runs in all conditions and all climes. But the clock had been running down. He had passed the captaincy on to his dauphin, Michael Clarke, with promising results. Yet the wins were coming harder, and wins were what mattered to Ponting above all else.

“Seriously,” he had said to Cowan just before the Sheffield Shield final earlier in the year, “you don’t really think I give a toss about hundreds, do you?” Cowan had joked to Ponting  about the possibility he might emulate Sachin Tendulkar and score a hundred international hundreds. In reply, Ponting had enumerated all the trophies and garlands Australia had won in his career – a lengthy list. Winning: it wasn’t everything, but to Ponting it had always been the main thing.

The Test would not be kind to Ponting in either individual or collective terms. He was pushing string uphill with his batting, and made only four and eight. He looked on in the field as Australia gave up 569 in South Africa’s second innings. The tributes flowed almost for the game’s duration. An especially moving one came on the final day, when South Africa’s captain Graeme Smith formed his fielders into two lines so as to applaud him to the wicket, partner Cowan joining in; when he was out, every member of the visiting team went to him individually to shake his hand; there were further impressive displays of cricketing confraternity as the game ended. But you got the feeling Ponting would have swapped them all for a win, even just for a few extra runs. 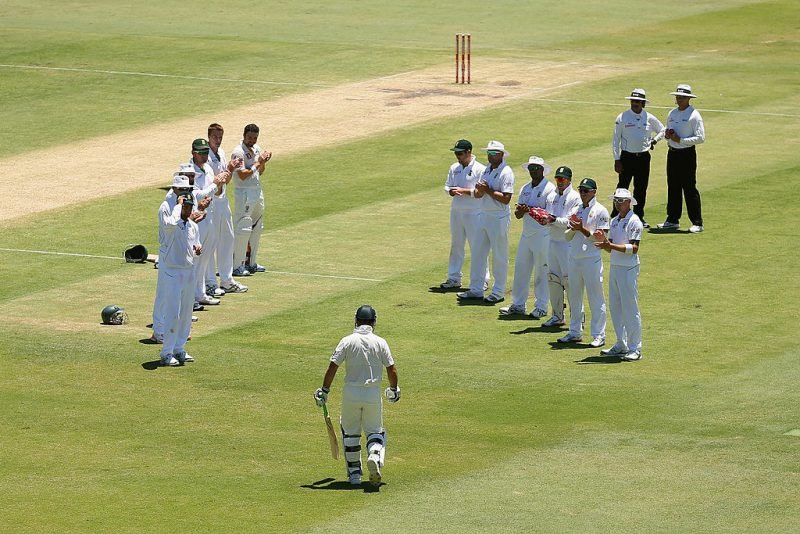 South Africa form a guard of honour for Ponting

If desire could be bottled, it would be distilled from essence of Ponting. Sometimes in his career, more of that had seeped out than even he could handle. He had a way of remonstrating with umpires that recalled the Mike Gatting school of diplomacy, although it often looked worse than it was: Ponting tended to be a barrack-room lawyer rather than a potty-mouthed pouter.

The first thing he expressed when he sat down at the end of the match, in the same room in which he had started it, was his disappointment at the result and regret that he had not made a few more: “It has been a hard week, and we haven’t got the result we were after and I haven’t got the result I was after.” The desire was still there; it’s just that the capabilities could no longer stretch to the same height.

Now he was prepared to take questions about his career, about which he had earlier been reticent. His daughter Emmy was sitting on his knee and, in the way little children have of objecting passively to their parents doing something when they should be available for play, stuck her fingers in her ears. Everyone else in the room, though, was spellbound. Normally, press conferences take place in a fairly formulaic fashion: they pretend to answer; we pretend to listen. Ponting’s press conferences, though, were not like this. He was one cricketer who always gave straight answers to straight questions, and the impression of having thought about them. This was no exception. And as he spoke, there was otherwise complete silence. You could almost hear the tape recorders rolling.

In due course, he began to recite some thanks. Family. Friends. Management. Sponsors, some of whom had been with him from the very beginning, when a local bakery had sponsored his performances at Mowbray Cricket Club in Tasmania. He thanked that club too, with a cough and a sniff. “It’s getting a bit harder.” No – there would be no tears. “The Mowbray Cricket Club, if they see me up here like this at the moment, they’ll be all over me. That’s the place I learned the game, and the person I am was moulded from my background and my upbringing. What you’ve seen over 17 years is a result of my early days at the Mowbray Cricket Club. Thanks to the boys back there.”

Cricket Australia. Cricket Tasmania. The pragmatist and the fantasist in Ponting showed through when he revealed that he knew when his next training was, for the Hobart Hurricanes in the Big Bash League, and that as a result he would be in the vicinity of Bellerive Oval for the next Test. “Who knows, I might even be around for the first day of the game,” he joked. “If I am, I might even join in the warm-up with the boys and see if there’s just one more chance!”

“The boys”: they came up a lot. It is funny how athletes always use the words when they are talking about team-mates. Once in a while, it’s “the guys”, but usually discussion circles back to “the boys”. I dare say a detractor of sport would decide this is because sport keeps athletes in a state of arrested development, of perpetual childhood; maybe there’s some truth in that. But it is perhaps also this that allows them to express themselves: when adult doubt and cynicism set in, it is time to go.

Not that Ponting finished his career as anything other than an adult. His wiry frame and sun-burnished face were those of a man who had seen the world; there was knowhow and wisdom on the game he loved in his every utterance. But to see him to the very end throwing himself around at training, standing in the huddle, singing the team song, enjoying the banter, was to be reminded how sport preserves in us the happiest parts of ourselves.

The boys: how he would miss them. And how they would miss him: not just his run-getting, but his body-and-soul commitment to the commonweal, audible in his voice as he watched Cowan taking his catches, always upbeat, always encouraging, always urging them on. Now he was off to see them one last time as a player, with a final: “Thanks, everyone.” It was we, of course, who should have been doing the thanking.