Richard Ellison played a sensational role in England’s 1985 Ashes victory and that earned him a Wisden Cricketer of the Year award the following spring.

Family opinions are divided on the age at which Richard Ellison developed the ability to bowl the out-swinger that devastated Australia in the final two Tests of the 1985 Ashes series. His mother, Bridget, is convinced the talent was spotted when he was just seven years old. Ellison insists that when he took eight for three for Friars Preparatory School, Ashford, he was merely bowling straight up and down. “If they missed them I got a wicket, but I don’t think I could move the ball then,” he says.

He gives the credit for his development into a swing bowler to Alan Dixon, his coach at Tonbridge School, who later recommended the young all-rounder to his own former county, Kent. Richard’s mother, however, is not a lady to be argued with. Her records of family cricketing achievements show that his great-grandfather played against the Grace brothers in the 19th century and that his grandfather captained Derbyshire Second XI at the age of 60.

With that background it was hardly surprising that Richard Mark Ellison, born at Ashford, Kent, on September 21, 1959, the second of four children, was playing cricket on a local village green with his father Peter, an RAF officer, by the time he was three years old.

Peter Ellison died when Richard was only eight, but the encouragement to play sport was maintained when his mother married John Lendrum, the headmaster of Friars School. By the time Ellison moved on to Tonbridge, making the First XI in his first year, he was also playing football, hockey, rugby, fives and rackets. Later, while studying for a Bachelor of Education degree at St Luke’s college, Exeter, he was chosen to represent the Southern Universities at hockey, and his powerful physique helped him to acquire a golf handicap of ten.

At Tonbridge, where he played alongside Christopher Cowdrey, later to be his county captain, Ellison was considered mainly as a left-handed batsman, making a highest score of 124 not out against Westminster School. During the holidays he played cricket for Malmesbury, his family having moved to the Wiltshire village of Grittleton.

His first appearances for Kent were with the club and ground side in 1978. On his first-class debut, in 1981, he scored 55 not out and figured in a century stand with Derek Underwood; but Kent had a rich crop of young batsmen at the time and he spent most of his early career down the order. Nevertheless, he had a batting average of 47.40 at the end of his first season, whereas his four wickets cost 144 runs apiece.

In the next two years he tuned his medium-paced bowling to become an integral part of Kent’s attack, and in 1984, with England facing the humiliation of a 5-0 whitewash at the hands of West Indies, he was called up for the final Test at The Oval. His match haul of five for 94 earned him a second cap against Sri Lanka at Lord’s, a fortnight later, and then a place on England’s tour to India.

With Ian Botham resting for the winter, Ellison was hailed as his natural successor, but while his bowling progressed his batting went in the opposite direction. In the opening game in India he made a powerful 83 not out at Jaipur, after which he went into the first Test at Bombay batting at No.6. By the time of the third Test at Calcutta he was down to No.10. 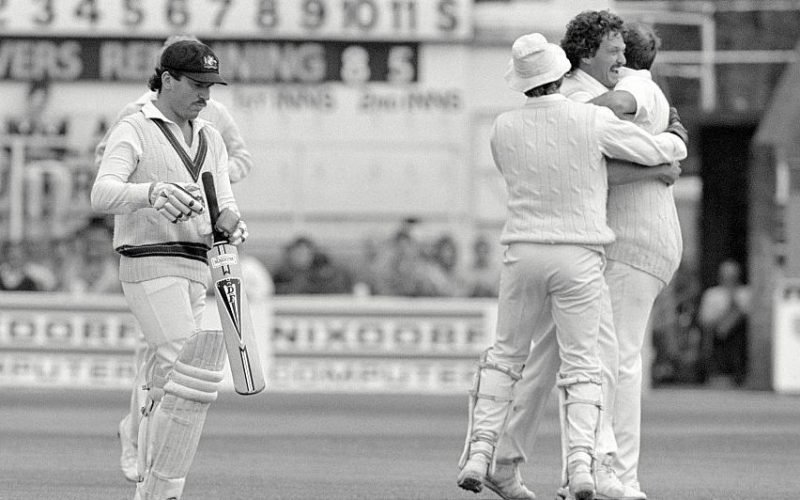 With the ball, however, he contributed a vital four for 66 in India’s first innings as England won the second Test at Delhi, and he deserved greater reward for a marathon 55-over spell in the heat at Calcutta. Although he returned nought for 117, he beat the bat regularly. A combination of his batting failures, injury, and the selectors’ desire to play Neil Foster, cost Ellison his place for the fourth Test at Madras, and he was to miss five more before earning a recall.

Although Ellison was arguably the pick of England’s bowlers in the World Championship of Cricket in Melbourne and Sydney, which followed the Indian visit, his aspirations for the 1985 English season suffered a setback when he sprained ankle ligaments in a wet foothold in April and was out of the game for two months.

While his brother, Charles, a Cambridge Blue at both cricket and golf, stole Richard’s thunder by having Graham Gooch lbw for 99 on the opening day of the season, Richard’s own future looked none too rosy. “With such a long injury, I didn’t give myself a chance of playing against the Australians, nor of being picked for the tour to the West Indies. I thought they only picked quick bowlers and spinners for out there.” 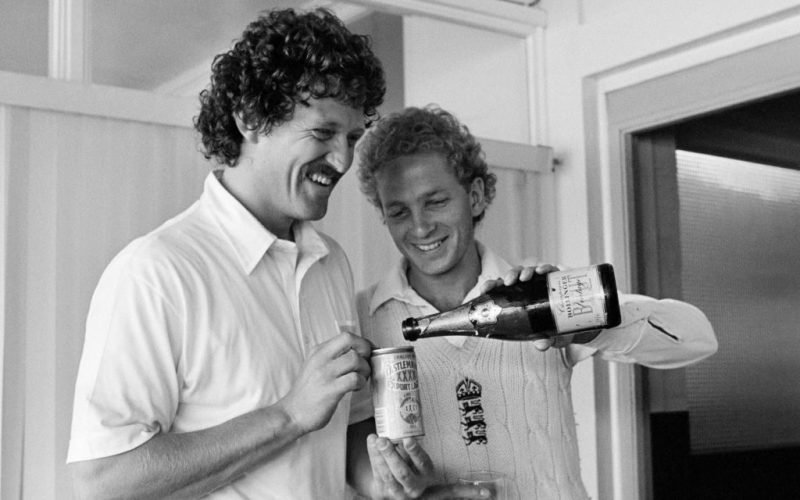 England, however, were struggling to find the right combination of faster bowlers to beat the Australians, and by the fourth Test Ellison was back as twelfth man. His re-inclusion came for the fifth Test at Edgbaston, when he grabbed his opportunity with both hands. After easing up on his two favourite pastimes – eating and drinking beer – he was 18lbs lighter and bowling a yard faster as the Australians tumbled to an innings defeat. While Richard’s first ten Test wickets had cost him 48 runs each, at Edgbaston he was now man-of-the-match with figures of ten for 104, at one stage taking four for two in five overs.

As England lifted the Ashes with another innings victory at The Oval, Ellison captured seven more wickets. Most importantly, he consistently penetrated the defences of Allan Border, capturing the Australian captain’s valuable wicket in three out of four innings after he had shown earlier in the series that he was the biggest barrier in England’s way.

This startling turn-around in Ellison’s fortunes also saw him finish top of the first-class bowling averages with 65 wickets at 17.20. His batting, however, was a potential still to be fulfilled.