Peter Loader was a crucial part of the Surrey team that dominated the County Championship in the 1950s, but his Test career was frustratingly short. His Wisden obituary in 2012 remembered a fine fast bowler.

It was Peter Loader’s fate to be the nearly man of England’s 1950s golden era, prevented from establishing himself at international level by the formidable barrier of world-class seam bowlers formed by Alec Bedser, Fred Trueman, Brian Statham, Frank Tyson and Trevor Bailey. But his was not a career dogged by underachievement: at a time when the County Championship remained one of the sporting year’s supreme prizes, Loader was a key member of the all-conquering Surrey team that came to be regarded as the finest to grace the competition.

Tall, long-limbed and with a high-stepping approach to the crease, Loader was not blessed with a fast bowler’s physique – he was too thin and narrow-shouldered – but did have the requisite fiery temperament and most of the main weapons in his armoury. Surrey’s aggressive captain Stuart Surridge loved to declare half an hour before stumps: Oval regulars were surprised if Loader did not reward him with two or three wickets. He was a principal player in six of Surrey’s seven successive Championships between 1952 and 1958. 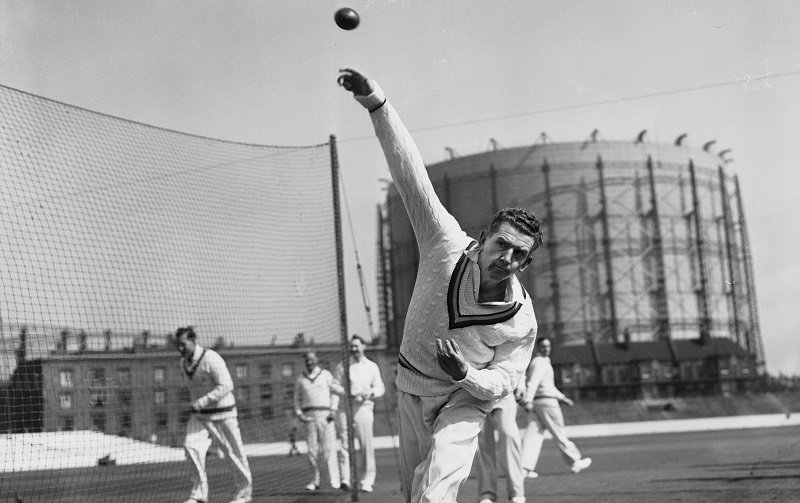 In total, he took 1,108 wickets for the county (and 1,326 in all first-class cricket) but was limited to 13 Test caps between his debut, against Pakistan in 1954, and his final match, at Melbourne in 1958-59. He did, however, enjoy one moment that even the illustrious names who blocked his way could not match: against West Indies at Headingley in 1957, he took England’s first hat-trick in a home Test since 1899 (and their last, home or away, until 1995).

“Scrubs” Loader – the nickname came from his tight-curled hair’s resemblance to a scrubbing brush – was born in Wallington and was training as a dental mechanic when Surrey came calling. He made his debut in 1951, when Bedser and Surridge were absent, and became a first-team regular two years later. During the winter of 1952/53, he worked with several other fast bowlers on one of the willow plantations owned by Surridge’s bat-making company. Loader’s strength and conditioning regime involved farmhouse cooked breakfasts and days spent chopping and sawing trees, followed by a steak and several pints of bitter in the evening. “After the first three days, you’ll want to run away and die,” he warned one new arrival. “But it does get better.” Weekends were spent back in London learning his real trade at Alf Gover’s indoor school in Wandsworth.

The benefits were obvious: in July 1953 he took 34 wickets in ten days, including 8-72 in a gale at Edgbaston, 9-28 (the other was a run-out) on a docile pitch against Kent at Blackheath, and 8-21 against Worcestershire at The Oval. After claiming 80 wickets in the season, he was spared another winter of willow-chopping when selected for a Commonwealth team to tour India.

“I would compare him to Jimmy Anderson of modern bowlers, but Peter would have been quicker and also more accurate”

International recognition came in 1954, when he made his England debut alongside another pace hopeful, Northamptonshire’s Frank Tyson. The match was lost to Pakistan, but both men were named in the party to defend the Ashes that winter. On board the SS Orsova, Loader was unimpressed when Len Hutton told him he would not be figuring in the Test team. The next time his captain spoke to him was in a toilet near the end of the trip: “Did you have a good tour, lad?” He made a second Test appearance in 1955, taking four first-innings wickets against South Africa at Headingley, but the successes that gave him most satisfaction that summer had come against Yorkshire at The Oval: Hutton, caught behind for a duck in the first innings and bowled for one in the second.

By the mid-1950s, Loader was at the peak of his powers. “He could swing the ball out and in, but mainly out and late, plus he was remarkably accurate for a bowler of his pace,” said his Surrey team-mate Micky Stewart. “I would compare him to Jimmy Anderson of modern bowlers, but Peter would have been quicker and also more accurate.”

In terms of pace, Tyson thought him “slower than Fred Trueman, Alan Moss, possibly Les Jackson and Jack Flavell, but he was right up there in the top rank when it came to moving the ball and varying his pace”. He also had a well-disguised slower ball, bowled as a prodigious off-break. There was, however, a great deal of muttering about his bouncer (and sometimes other deliveries, too), widely thought to be bowled with a crooked arm. 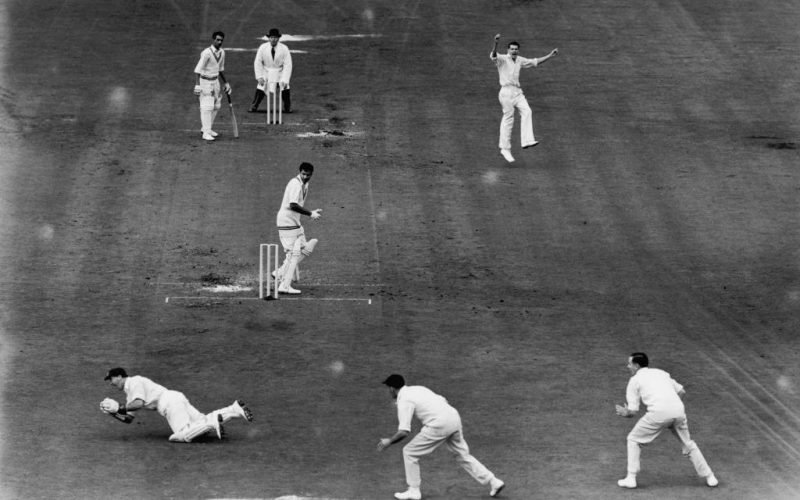 His annus mirabilis came in 1957, when he took 133 wickets, including 6-36 in the fourth Test against West Indies. The headlines naturally focused on the hat-trick, but it was his first three wickets – Garry Sobers, Frank Worrell and Everton Weekes – that endorsed his reputation as a bowler who dismissed good batsmen. The next three came late in the day under leaden Leeds skies. While the first two – John Goddard and Sonny Ramadhin – elicited little jubilation, habitual 1950s reserve was shed when he bowled Roy Gilchrist. “And Loader jumping around like a monkey on a stick,” John Arlott told TMS listeners. He had toured South Africa in 1956/57 and made a second Ashes excursion in 1958/59. He played in the first two Tests, taking seven wickets, before being left out, but had the considerable compensation of meeting his future wife Jocelyn while in Australia. His Test career ended with 39 wickets at 22.51.

He always relished life on tour. At Brisbane in 1954/55, no one was surprised to discover the identity of the England player who had brought a party to a noisy conclusion by pushing over a line of empty bottles. Brian Statham was often a willing accomplice: at Aden in 1958/59, the pair almost missed the boat after going off in search of refreshment, and their tours ended prematurely after a car crash while driving from Wangaratta to Wagga Wagga.

Loader remained an important member of the Surrey team until 1963 when, after a benefit year, he retired and emigrated to Australia. He was happy to pass on his accumulated wisdom to the next generation. “I played quite a few Club and Ground games with him,” Geoff Arnold recalled, “and I always picked his brains. He taught me a lot about swinging the ball.” Loader learned lessons of his own, too. Tyson remembered one Surrey-Northamptonshire encounter: “George Tribe was holding up their bowlers so Scrubs bowled him a fast bouncer which was also a no-ball by a mile – deliberately so. George was no rabbit but he was a friend of mine, so when Peter came in my retaliatory bumper hit his bat-handle in front of his forehead. Peter turned three shades of white but he never bowled another bumper at a fellow bowler.”

In Australia, he ran a car-hire business, as well as being involved in cricket (he played once for Western Australia) in Perth as a coach, commentator and umpire. He could reflect on an extraordinary run of success with Surrey, but there were no medals to show his children. Stewart said: “One year we got a pigskin wallet containing three fivers. Another year it was gold cufflinks, and once we got a Parker pen-and-pencil set. What you played for and what you got were two different things.”