Percy Chapman is fondly revered as one of England’s greatest-ever captains. His Wisden obituary recalled an extremely likable leader.

Percy Chapman will always be remembered as a player who brought to cricket a light-hearted air seldom encountered in these days and as an England captain of great personal charm who got the best out of the men under him. He had been in ill health for some years.

As a tall, polished left-handed batsman who, excelling in the off-drive and leg-side strokes, was generally willing and able to attack the bowling, he scored 16,309 runs, average 31.97, in a first-class career dating from 1920 to 1939.

Of his 27 centuries, the highest and certainly one of the best was 260 for Kent against Lancashire, that season’s Champions, at Maidstone in 1927. The position when he went in was far from encouraging, half the side being out for 70 runs. Yet he and GB Legge (101) assailed an attack including such men as EA McDonald, the Australian fast bowler, Richard Tyldesley and FM Sibbles with such vigour that in two and a half hours they put on 284 runs.

Percy Chapman’s 260, scored in just over three hours and containing five sixes and 32 fours, typified his outlook on the game. A defensive policy was abhorrent to his nature. Whether batting or fielding, and besides being a punishing though never reckless hitter, he made a name as a silly point, cover or slip of amazing speed and brilliancy.

Born at Reading, Berkshire, he was in the Uppingham eleven for four years from 1916 to 1919, being captain in the last two, and soon attracted attention with splendid performances. In 1917 he headed the school batting figures with 668 runs in ten innings and an average of 111.33. After an indifferent start to the season, he wound up with 66, 206, 160, 81 and 114 in five innings, being not out on four occasions and run out on the other. In those days, too, he met with success as a bowler, first slow left-arm and then fast-medium.

Not surprisingly, especially as he took 118 from the Essex bowling at Fenner’s on his first-class debut, he gained his Blue as a Freshman at Cambridge in 1920, scoring 27 against Oxford and being chosen for the Gentlemen at Lord’s. Against Oxford in 1921 he obtained 45 and next season helped Cambridge to a handsome victory with a scintillating innings of 102 not out.

In this latter season he took part in that famous match at Eastbourne where an England XI defeated Warwick Armstrong’s hitherto unbeaten Australians by 28 runs, justifying the assertion of AC MacLaren, maintained throughout the summer, that he could pick a side good enough to overcome the touring team. 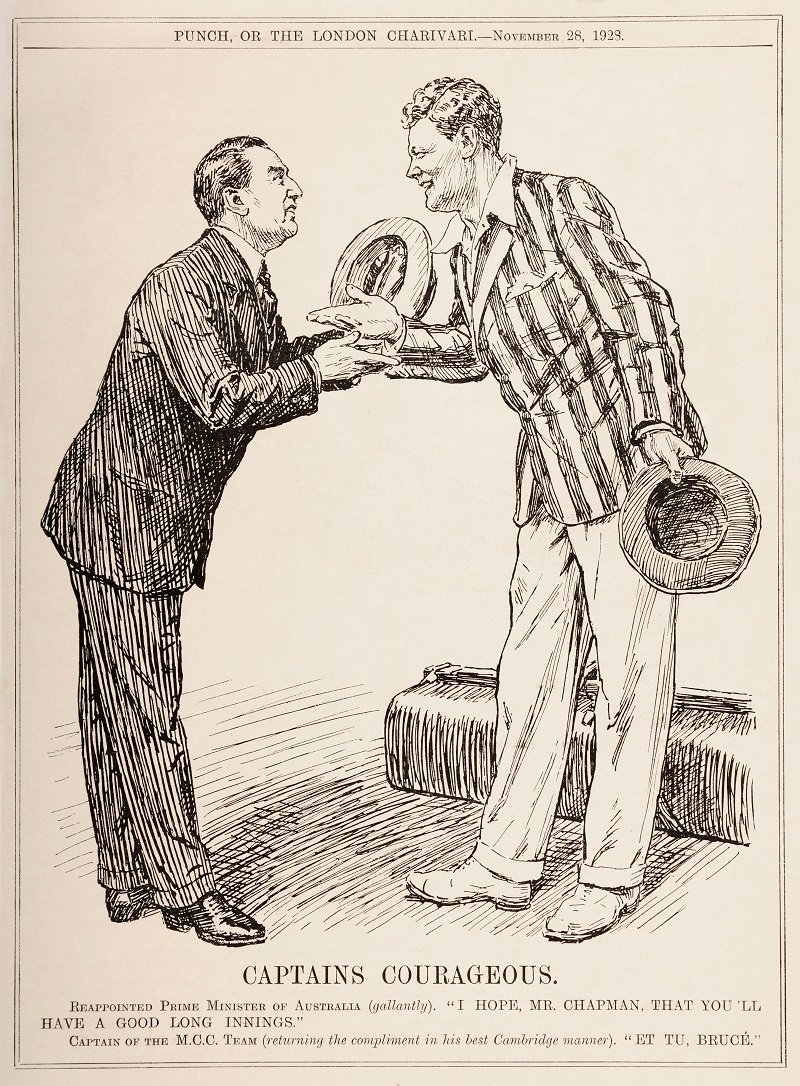 Chapman played with distinction for Berkshire before qualifying for Kent in 1924, and he became one of the few players to appear for England while taking part in Minor Counties’ cricket. He turned out for England 26 times in all, 17 of them as captain, in which role he was only twice on the losing side. Twice he went to Australia, under AER Gilligan in 1924/25 and as leader of the 1928 side who, regarded as probably the best in fielding ever sent out, won the Test rubber by four wins to one.

Though he played several good innings for his country, sharing stands of 116 with E. Hendren in 1926 and 125 with GO Allen in 1930, both at Lord’s against Australia, he only once scored a century in a Test match. Then, in hitting 121 against Australia at Lord’s in 1930, he achieved a triple performance never before accomplished, for on the same ground he had previously reached three figures in both the University and – in 1922 – the Gentlemen v Players match, a fixture in which he figured 19 times. He captained Kent from 1931 to 1936.

I well remember the surprise caused by the appointment of Percy Chapman as the England captain for the final Test against Australia at The Oval in 1926. He was only 25 and all the team liked him. He was not a disciplinarian like his predecessors and he did not hesitate to seek advice. He often talked to me about tactics on the field and he set a great example by his brilliant catching in the slips. The Australian crowds loved him during the tour of 1928/29, when he made us a happy team. 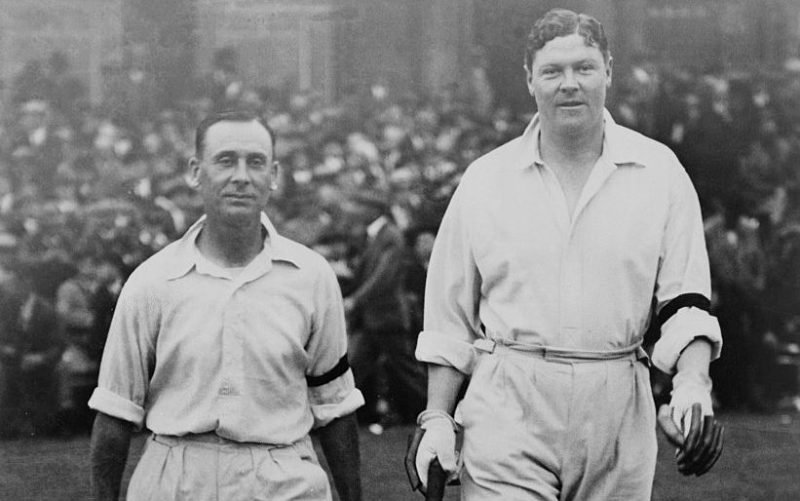 I will always remember him for his debonair and aggressive approach to the game and as a great fielder.

He was the most delightful gentleman and an ideal captain. He had such a persuasive charm as a leader that you could not help trying your utmost for him.