Pat Cummins has taken giant strides to emerge as one of the top fast bowlers in modern-day cricket and Daniel Brettig explains what made the 26-year-old one of the Wisden Five Cricketers of the Year in the 2020 Wisden Almanack.

Among several nicknames, Pat Cummins last year found himself answering to “Winx”, after one of Australia’s favourite thoroughbreds. And there was a thrill to match any of Winx’s triumphs when Cummins burst through the defences of Joe Root on the penultimate evening of the pivotal fourth Test at Old Trafford, which ended with Australia retaining the Ashes in England for the first time since 2001.

The moment had been a long time in the planning. Cummins had been visiting England most years since 2012, fit to play or not, and gained knowledge about the Dukes ball and northern-summer conditions. When Australia’s cricketers convened for a pre-Ashes camp in Southampton following their loss to England in the World Cup semi-final at Edgbaston, the agenda was clear.

“We sat down and mapped out the statistics that JL [coach Justin Langer], Painey [captain Tim Paine] and Dene Hills, our analyst, had come up with,” says Cummins. “They said: ‘Right, this is our blueprint. Everyone’s got their theories about swinging the ball big in England and bowling full, but the hard data says aim for the top of off stump, be super disciplined, and let the ball do the rest.’ It was something we all bought into, although there were times we had to keep each other accountable, and stick to our plan.”

In Manchester that early September evening, the plan came together in a way Cummins, his team-mates and most of the Australian public will long remember. Root, for all his struggles, remained the prized wicket. “I don’t think I could bowl a much better ball than that,” says Cummins. “The plan for him was to bowl well in his first ten, 20, 30 balls, so he doesn’t get away from us. He’s done that a few times: if he gets away early, it tends to be when he scores his big runs. To get him first ball, late in the day, knowing we were going to go to bed with them a couple down and Joe Root already in the shed, and we can turn up next day with a chance to retain the Ashes – that was one of my career highlights.”

Born in the Sydney suburb of Westmead on May 8, 1993, Patrick James Cummins grew up in the Blue Mountains, west of the city. When he was four, he tried to burst into the bathroom at home to give his younger sister, Laura, a bag of sweets; she slammed the door on him, slicing off the tip of his right middle finger, which still lacks a nail. But the shortened finger has never impeded his mastery of seam or swing. Meanwhile, his love of cricket grew as he became accustomed to seeing Australia win in England. After the 2005 epic, he was upset, but not crestfallen: after all, normal service would soon be resumed, right? 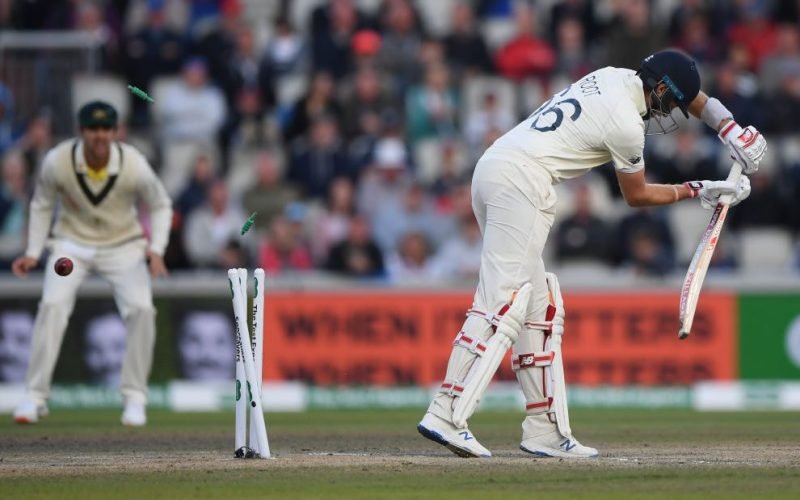 “For basically my whole childhood, we’d beaten England. You go: ‘Oh, we’ll win the next one over there.’ Then we’d lose again, which happened three or four times. Something we spoke about last year was that we hadn’t won there for 18 years.”

Cummins had made his Test debut at Johannesburg in November 2011, aged 18, and took six for 79 to help set up a two-wicket win. But a series of back problems intervened, and he did not play another Test for five and a half years. In 2013, he had been a travelling spectator in England ahead of the third of Australia’s four successive away Ashes defeats. Two years later, they lost again; Cummins was a late replacement for the retired Ryan Harris, but didn’t play a Test.

All the while, having also visited England on limited-overs and A-tours, he was working out how to bowl there, and his body was learning how to cope with the rigours of fast bowling. He is one of Cricket Australia’s shrewdest investments. “I’d never played many first-class games over there, but I felt like I’d had eight or nine years of experience bowling with the Dukes, and talking to a lot of other guys about it.”

In January 2019, he was chosen – along with batsman Travis Head – as one of Paine’s vice-captains, in part because of his intelligence and his handle on what matters in the game, and in life. And he is certain the Australians stood up to the slings and arrows of the most watchable Ashes since 2005 because they had the right plans and the right attitude.

“It was serious stuff, but more importantly we were enjoying the tour. We made a real effort to avoid unnecessary media: there were no newspapers on the buses, and a lot of the boys came off social media. It really helped: we had a 17-man squad that felt really tight, like our own little sanctuary.” 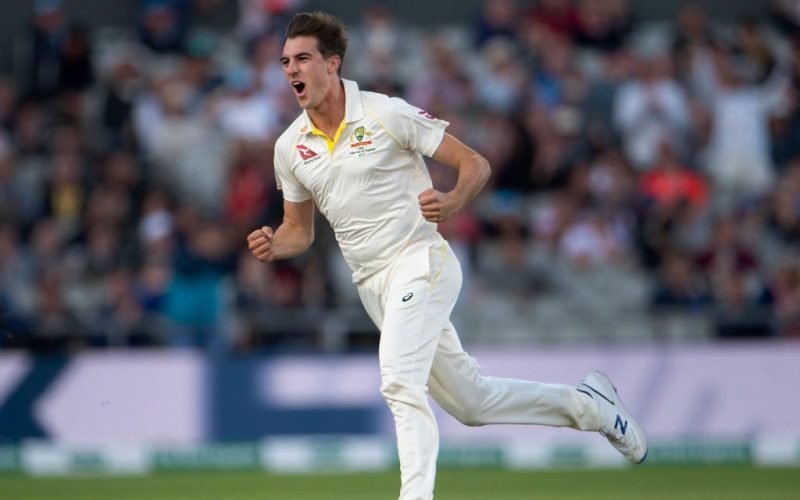 Cummins finished as the leading wicket-taker in the 2019 Ashes, with 29 scalps at a stunning average of 19.62

Of course, things might have been more straightforward without the intervention of Ben Stokes at Headingley. “That last day, he was batting out of his skin, but it was probably the only time I felt the wicket and the ball weren’t bowler-friendly,” says Cummins. “It just seemed more like one-day cricket.”

At Old Trafford, the Australians proved resilient, finding enough batting in support of the incomparable Steve Smith, then charging in at an England lineup that, Stokes aside, had been steadily worn down. Cummins, in contrast to his faltering early steps as a teenager, when he tried to bowl fast without collapsing in a heap, had the confidence in his body to hurl rocket after rocket. But he also trusted others to step up if he did get injured. There was no need: alone among Australia’s quick bowlers, he played all five Tests, bowling nearly 36 more overs than the next busiest seamer on either side, Stuart Broad.

As the series swung one way, then the other, culminating in England’s win at The Oval and a 2–2 draw, his durability paid off, often at the times of Australia’s greatest need. Cummins struck in every innings, and finished with 29 wickets at 19, the biggest haul in a Test series without a five-for. Such reliable brilliance has already marked him as one of the finest fast bowlers of his, or any, generation. In December, he was picked up at the IPL auction by Kolkata Knight Riders for Rs15.5 crore (nearly £1.7m) – the highest figure fetched by a non-Indian in the tournament’s history.

But that mattered less than the events of a few months earlier, when – at Old Trafford – he lifted his eyes and sprinted for the line. Australia’s thoroughbred brought the Ashes home, where in his childhood he had remembered them resting.

The 2020 Wisden Cricketers’ Almanack is out now