Ottis Gibson has made his name as a coach in recent years, but in his playing days he was a globe-trotting seamer. His performances for Durham earned him a Wisden Cricketer of the Year award in 2008.

By common consent, Ottis Gibson was the greatest single force in county cricket in 2007. He was Player of the Year in the estimation of the Professional Cricketers’ Association. He propelled Durham to second place in the County Championship with his 80 wickets, a total exceeded only by Mushtaq Ahmed whose average was higher. Against Hampshire he took all ten wickets in one innings, only the third bowler to achieve the feat in the Championship in the last 50 years. He also hit 578 Championship runs, although perhaps his two most valuable innings came in the 50-over competition, the Friends Provident Trophy.

In the semi-final, Gibson and Liam Plunkett came together at 38-7, and with rare restraint Gibson made an unbeaten five while his partner knocked off the runs. In the final, he hit 15 not out off seven balls to put the seal on Durham’s innings, before taking wickets with the opening two deliveries of Hampshire’s reply. To nobody did Durham owe more for their most successful season than to the 38-year-old Barbadian.

Ottis Delroy Gibson was born in Springhead, near Sion Hill, in north Barbados on March 16, 1969. A close childhood friend was Vasbert Drakes, another Barbadian who became a nomadic cricketer. “Dad left when I was young, but I still see him and I remember going to watch matches that he was umpiring,” Gibson recalls. “There was no other cricketing person in the family and my mum’s always been my biggest fan. From Barbados Under-19 to the senior team she never missed a ball I bowled. From as early as I can remember we (he had two brothers and two sisters) would be out with the other kids, all trying to be the next Malcolm Marshall or Joel Garner.

“We had no running water or electricity and we had to do our playing before 6pm because after that we would be inside trying to read our schoolbooks round a kerosene lamp. Mum allowed us to have fun, but she insisted that we did our schoolwork.

“I played a bit of football and basketball, but cricket was the thing in the Caribbean. Once I got to 15 or 16 it had taken over my life. People in England now say that basketball has taken over but I say, name me one famous West Indian basketball player. When I was growing up in Sion Hill we would organise matches against lads in the next village. Now it’s organised for them. There’s the same amount of cricket going on in the schools, but you don’t see boys meeting up and doing it themselves. They need to do it off the cuff, playing in the streets and developing shots like you see in India. All my flair came from that. Too many coaches try to curb natural instincts.”

In his itinerant career, Gibson represented Barbados from 1991 to 1998. In 1994 he played for Glamorgan as something of a tearaway, taking 57 Championship wickets at 34, and he was selected for the West Indies tour of England the following summer when, at Lord’s, he made the first of 15 one-day international and two Test appearances. “Everybody who has seen West Indies in recent years says I should have played more. But to represent your country is a privilege and I know a lot of good players back home who haven’t had the honour. It’s very easy to get bracketed as a one-day player and perhaps that’s what happened to me. It’s frustrating, but it’s gone.” 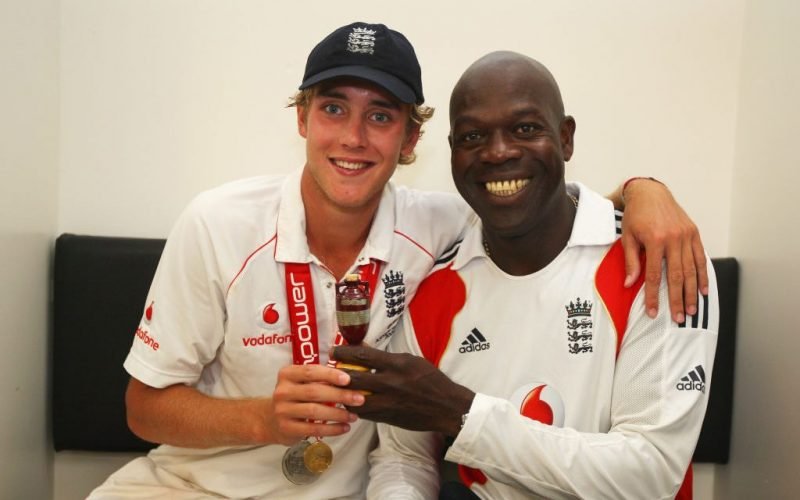 Gibson also represented three South African provinces between 1992 and 2001, after being told by the Barbados Cricket Association that it was all right so long as he came back to play for them. He believes South Africa’s was the strongest of the three domestic competitions in which he played, partly because there was plenty of time to recover between matches. “I found myself playing against people like Malcolm Marshall, Franklyn Stephenson, Kepler Wessels and Jimmy Cook, and I had the responsibility of having to perform as an overseas player. I won the Most Valuable Player award for Border, which is something I look back on with great pride.”

He moved to live in England, and did his Level Three coaching certificate at Lilleshall in the spring of 2001. “Playing for the West Indies was all I ever wanted to do. I’d already given up playing for Barbados because I always felt if I wasn’t going to play Test cricket I should give younger players a chance.” He became an ECB national coach for the North-West of England and took his Level Four, but he was told there had to be cutbacks in 2003 and went off to play for Leicestershire for two seasons. It was mainly through Martyn Moxon, then the Durham coach, that Gibson moved to Riverside in 2006, but Dale Benkenstein also knew him from skirmishes in South Africa. 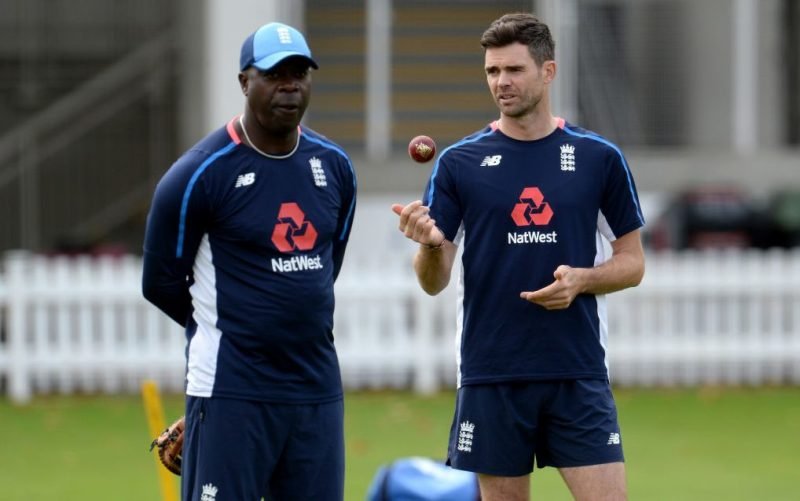 Ottis Gibson had coaching stints with England, West Indies and South Africa, and is the current Bangladesh fast-bowling coach

As he coached and played, he kept on learning – and he was still learning last season when his game came to fruition. For the third Championship match he was dropped. “I was disappointed. But there’s a phrase in the CD called Twelfth Man which says ‘Don’t get bitter, get better’ and I used that every day for the rest of the season. Every time I went on the field I tried to do everything that was required for the team and I just got better. People appreciate that, and if the other players see your efforts they raise their game. I had some fantastic catches taken.”

Coaching taught him how to create more variations, particularly in changing the angle of delivery. He made a habit of taking a wicket in his first over. “In the Friends Provident final I said I wanted the first over. I wanted to lead and set the tone. I knew where I wanted to bowl those first two balls, and I got them in the right spot, slanting across the left-handers.”

Related Story: T20 World Cup winners: List of past champions, semi-finalists and Players of the Tournament

As soon as Allan Donald decided he could not become England’s next bowling coach permanently, Gibson was on the plane to Sri Lanka for the one-day series, which England surprisingly won, in large part thanks to his guidance of the bowlers. It was the culmination of a wonderful season, and admirable career, when he was subsequently appointed full-time.

This article first appeared in the 2008 Wisden Cricketers’ Almanack. You can pre-order this year’s Almanack here.