Neil Adcock was one of the first in a long line of great South African pace bowlers. After his death in 2013, his impact was assessed in his Wisden obituary.

Until Neil Adcock joined forces with Peter Heine in a menacing double act in the mid-1950s, South Africa had never enjoyed the benefits of a great fast-bowling partnership. Even in an era overflowing with world-class pace bowlers, Adcock and Heine stood out, leaving a trail of bruised and traumatised batsmen in their wake. Undisguised aggression and a regular supply of bouncers were key weapons, although Adcock did become an affable figure at close of play.

The hostility was most memorably demonstrated on two occasions. Against New Zealand at Johannesburg’s Ellis Park in 1953/54, Adcock put Bert Sutcliffe and Lawrie Miller in hospital, and bowled Murray Chapple and Matt Poore off their chests. Then, at Port Elizabeth in 1957/58, he and Heine launched a ferocious assault as Australia pursued just 68 to win. Trevor Goddard, fielding in the gully, remembered: “I stood two steps further back than normal. Then, after the first ball, I went back two more.” Goddard recalled Colin McDonald turning to him when he was dismissed by Adcock for four: “Tell this bastard I’ve got a family at home.” McDonald later called it “virtual bodyline”.

Adcock was the first South African fast bowler to take 100 Test wickets, and enjoyed an annus mirabilis in England in 1960, when he showed unflagging stamina over a five-month tour to take 26 wickets at 22 in the Tests, and 108 overall at just 14. He was named one of Wisden’s Cricketers of the Year. 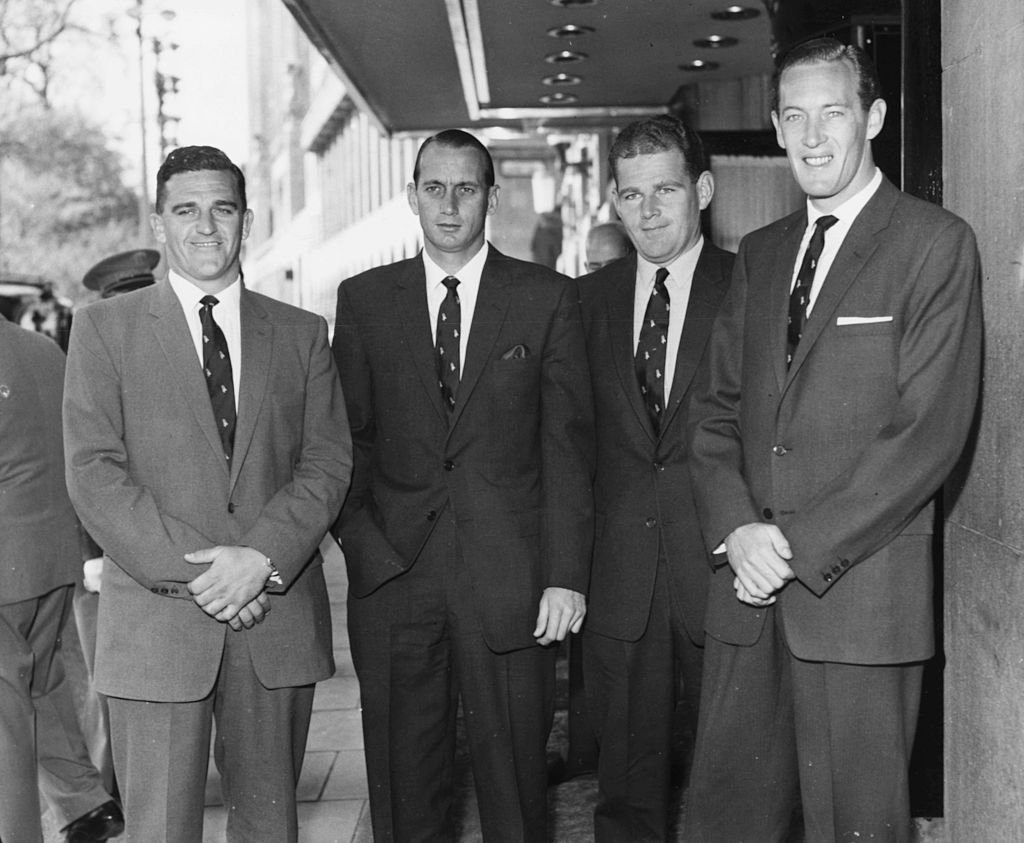 Blond and 6ft 3in, he was a striking figure, although it was not until late in his career that he added muscularity to his speed. His run-up was straight and fluent, and he delivered the ball with a high arm and a perfectly upright body. Batsmen and fellow bowlers were baffled by how much pace and, crucially, lift from a good length he generated from this curious, whippy action – “like a sudden gust turning a light windmill,” said Wisden.

At school in Port Elizabeth and Johannesburg, Adcock had shown little aptitude for cricket, but while playing for Jeppe Old Boys he improved under the tutelage of Cyril Vincent, the former Test left-arm spinner. However, the first sign that he was capable of serious pace came in a match when he was captained by Eric Rowan: nerves and a desire to impress meant he discovered a speed he did not realise he had.

Related Story: Quiz! Name the players with the most Test wickets for South Africa

His first-class debut for Transvaal came in November 1952; just over a year later he was opening the bowling for South Africa against New Zealand at Durban. He played in all five Tests in that series, delivering 24 wickets and plenty of physical and psychological damage. But he failed to live up to expectations in England in 1955, when he was plagued by injury: he missed the fifth Test after breaking a bone in his foot in the fourth at Headingley. However, by the time England visited South Africa in 1956/57, he was working superbly in tandem with his permanently snarling new-ball partner, Heine.

Doug Insole, England’s vice-captain on that tour, said: “Colin Cowdrey was to open the innings, but on the boat on the way over said he didn’t want to. He didn’t think his technique was up to coping with Adcock and Heine.” Adcock took 21 wickets at under 15 as the series finished 2-2, and rattled most of the England batsmen, notably captain Peter May. “Adcock was undoubtedly very quick,” Insole said. “Some thought he was the fastest they played against.”

Australia arrived in South Africa the following summer amid dire predictions about the damage Adcock would inflict. “We knew about him,” said Richie Benaud. “He was fast, aggressive, didn’t like batsmen and hated losing.” Instead, Australia won 3-0 and, in that final match, at Port Elizabeth – on a gloomy, chilly evening when the wicket suddenly became lively – Adcock and Heine lost their discipline, bowling repeated bouncers. The captain, Clive van Ryneveld, was forced to withdraw them from the attack. The journalist Charles Fortune described it as “the most terrifying eruption of fast bowling I have ever seen”.

Determined to make up for the disappointments of 1955, Adcock put himself through a programme of weight training before the tour of England in 1960, and was rewarded with an injury-free summer of exceptional achievement. “The fastest I ever saw him bowl was in the tour game at Derby,” said Goddard. “It was freezing – I think they had to take a layer of ice off the pitch before the start.” At Scarborough, as he put his feet up at the end of the final match, Adcock reflected with deep satisfaction that he had left the field only three times all summer – for running repairs to his trousers. His efforts were even more impressive because his young new-ball partner Geoff Griffin did not bowl again on the trip after being no-balled for throwing in the Second Test at Lord’s. 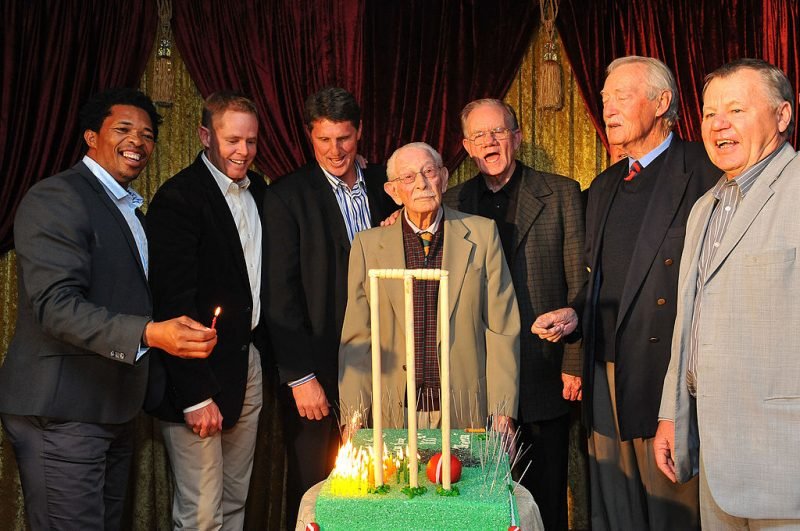 Adcock played in just two more Tests, against New Zealand in 1961-62, and ended his international career with 104 wickets at 21 in 26 matches. A year later he played his final game for Natal, whom he had joined from Transvaal in 1960, finishing with an overall record of 405 wickets at 17. In retirement he worked as a travel agent, became a radio commentator and spent some years in Australia, where he coached New South Wales. “Off the field I found him great fun,” Benaud recalled. “On the field he was as fast as Fred Trueman and Brian Statham, but not as fast as Frank Tyson. Nor was anyone else.”

His significance at home was enormous. “He was the first genuinely great South African fast bowler,” said Ali Bacher. “A new era started from that moment because we began to develop our own fast bowlers, and he was one of the best this country has produced.”