Mike Atherton seemed destined for great things from the moment he made his debut. His first summer as a full time professional saw him named as a Wisden Cricketer of the Year in 1991.

It is quite possible that Mike Atherton would not yet have played Test cricket had Mike Gatting not taken a group of fellow-dissidents to South Africa in the winter of 1989-90. The announcement of a party which included eight players who had taken part in the 1989 series against Australia came during the Old Trafford Test. There were two Tests against Australia to go, and one of the new recruits, for the game at Trent Bridge, was Atherton, then 21-years-old and having just completed his third and final year at Cambridge. His debut was the sort of which nightmares are made – out second ball to the sixth ball of the match. Atherton’s reaction was to respond with: “It bothered other people more than me. I hadn’t suddenly become a bad player with one duck.” He was top scorer in the second innings with 47, scored 12 and 14 in the final Test, and missed out on the tour of West Indies.

There was talk of protecting him, putting him in cotton wool, and he finished up instead with the gentler pleasures of Zimbabwean bowling. He was disappointed: he did not want to be protected, and hoped he had been omitted on the simple grounds of other players being better. But Zimbabwe helped his development, which continued in England in 1990 when he played in all six Tests and scored 735 runs in eleven innings, with hundreds at Trent Bridge, against New Zealand, and Old Trafford, against India, where he joined Geoff Pullar as the only Lancastrians to score centuries for England on their home ground. This was Atherton’s first season as a full-time professional after three years split between Cambridge and Lancashire, and he responded with a total of 1,924 runs in first-class cricket for an average of 71.25.

Michael Andrew Atherton was born on March 23, 1968, a Mancunian like two of Lancashire’s greatest players, Archie MacLaren and Brian Statham. He learned his cricket with Woodhouses, the Lancashire and Cheshire League club where his father also played. He was at Manchester Grammar School for seven years and his batting blossomed to take him into the Lancashire Schools’, English Public Schools’ and English Schools’ teams. David Moss, his cricket mentor at Manchester Grammar School, recalled seeing Atherton play cricket at the age of nine and hoping he would pass his entrance examination so that the school would also benefit from his batting talent.

He captained the first team for three years, starting when he was 15, and for a time he, Mark Crawley and Gary Yates, all of whom played for Lancashire last year, were the first three in the batting order. Leadership qualities developed, and Mike went on to captain English Schools, Lancashire Federation and Young England – in Sri Lanka and Australia, where he had charge of such rising talent as Martin Bicknell, Mark Alleyne, Warren Hegg, Nasser Hussain, Chris Lewis, Mark Ramprakash, and Peter Martin. 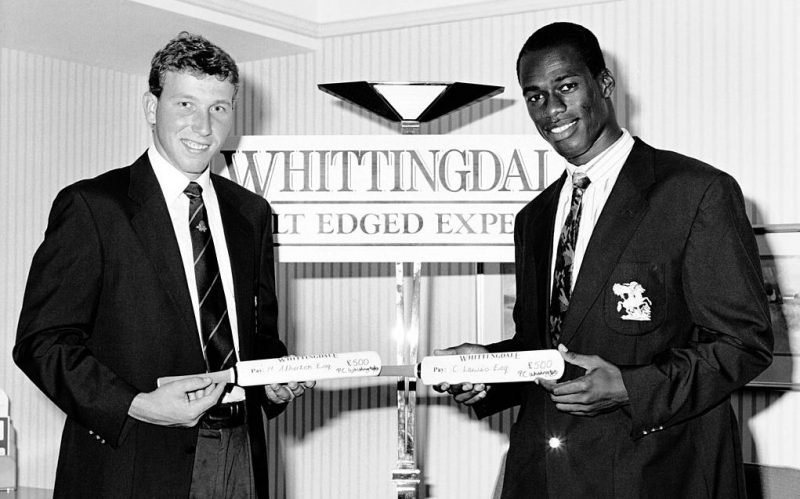 Atherton went to Cambridge in 1987 and made his first-class debut in a weak University side which sank to 20 for seven against a strong Essex team bristling with such bowling abilities as those of Neil Foster, John Lever, Hugh Page, Geoff Miller and John Childs. The team also included Graham Gooch and Keith Fletcher, who were later to play important parts in Atherton’s progress. Batting at No. 3, he scored 73 not out in a total of 135 in the first innings and 33 out of 71 in the second.

His first century was not far behind. In his fifth match, opening the innings, Atherton carried his bat for 109 not out in a total of 185 against Derbyshire, an innings he looks back on with pleasure. He also opened the batting in the University Match at Lord’s and scored seven and 0 in the drawn game. Mark Crawley, on the other hand, scored 140 for Oxford. 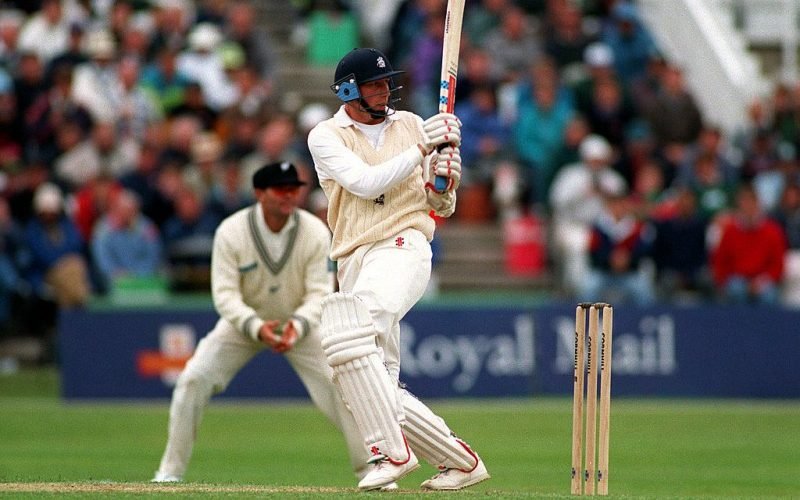 The second half of the season belonged to Lancashire, a pattern he was to follow in his three years at Cambridge. There was a two-week gap in Championship fixtures, so he went into the second team and scored 110 in the match against Somerset at Taunton. His first-team debut came at Southport on July 22, 1987, and after Warwickshire had been bowled out for 116 on a soft, drying pitch, he scored 53 in 61 overs and shared in a stand of 108 with Fairbrother, helping Lancashire to a ten-wicket win in two days.

He had come to stay, and he played important parts in Lancashire’s run of six wins at the end of the season which almost swept them to the Championship. With 602 runs in eleven games for Lancashire to add to his 411 for Cambridge, he sneaked past 1,000 runs in his first season in first-class cricket. 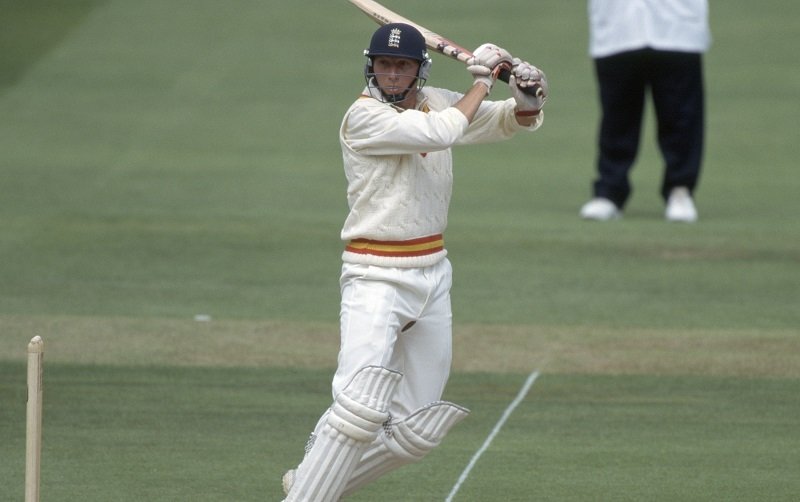 For those of us witnessing him for the first time, it was not just his class which shone through; it was the temperament, his ability to adjust to any situation and play accordingly. Atherton captained Cambridge in his next two years and was also captain of Combined Universities, who beat Surrey and the mighty Worcestershire in the qualifying stage of the 1989 Benson and Hedges Cup before losing by three runs to Somerset in the quarter-finals. His best summer at Cambridge was in 1988, when he scored two hundreds in a total of 665 runs.

Yet Lancashire, with a rare show of misjudgement, refused to play him immediately when he returned to Old Trafford, ignoring him for three Championship matches. His reaction was to score two centuries in the eight matches left to him and to finish top of the county’s averages.

Related Story: How Stuart Law kept scoring against Lancashire until they signed him

However, 1990 was to be the true testing time: a full, demanding season with Lancashire, not just in Championship cricket but in limited-overs cricket, too. He started the Championship season with scores of 50, 191, 93 and 51, the one-day matches with 63, 44, 5, 69 not out and 76 not out, and by the end of May he had scored 856 runs in all competitions. Moreover, that did not include a century denied to him in a washed-out Benson and Hedges Cup game with Hampshire.

This article first appeared in the 1991 Wisden Cricketers’ Almanack. You can pre-order this year’s Almanack here.