Mark Ramprakash celebrates his 50th birthday today. After his retirement in 2012, Barney Ronay, a confirmed ‘Rampraphile’, penned an ode to the typical 90s England cricketer for the Wisden Cricketers’ Almanack.

Last summer, with his retirement still reassuringly distant, Mark Ramprakash gave a speech at Lord’s in which he confided that, if he could go back and change any aspect of a magisterial, furiously intense, operatically unyielding 26-season career, he would perhaps like to have “taken things a little less seriously”.

For the confirmed Rampraphile it was hard to know how to respond. Certainly, as career retrospectives go, it’s up there with Eric Cantona announcing that perhaps he shouldn’t have bothered being quite so enigmatic; Jean-Paul Sartre coming out in his dotage against berets and casual sex; or The Clash wishing they’d just been a little less cross about everything and spent more time on The Kenny Everett Show.

A Ramprakash who takes things a little less seriously. This is, of course, not just alarming and undesirable. It is also pretty much unimaginable. Across all disciplines there is a certain kind of sportsman who becomes, inexorably, public property – just as Ramprakash has long been cherished as an object of private fascination for a generation of diffuse, faithful, still painfully expectant career Rampraphiles. 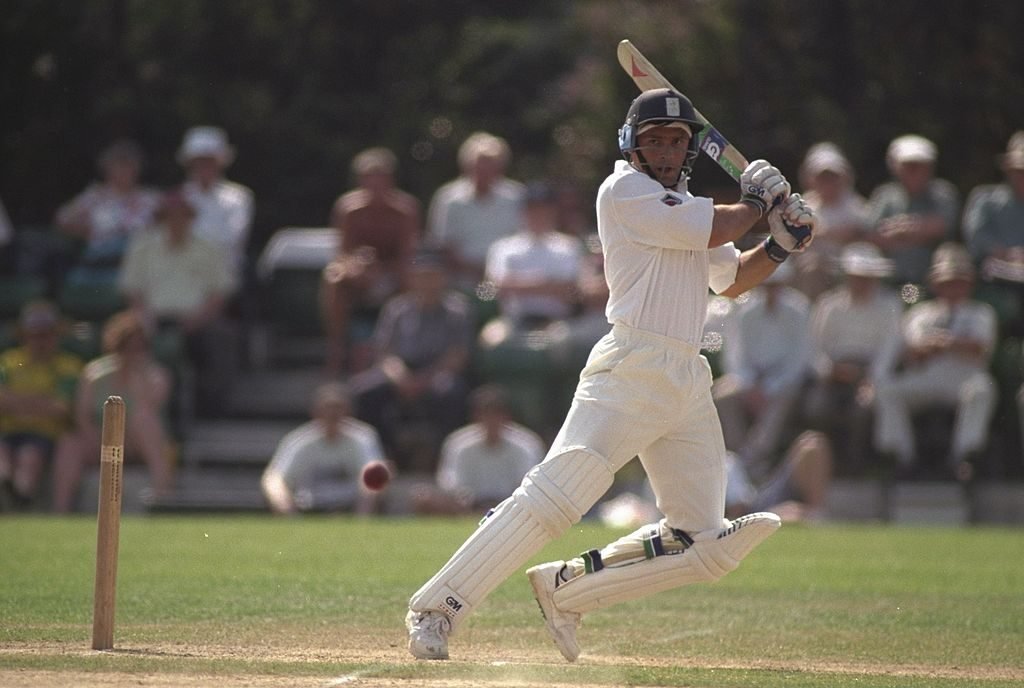 Even now it seems inconceivable that an English summer will be allowed to take place unaccompanied, for the first time in a quarter of a century, by the quiet certainty that at any given moment on some distant patch of green ringed by sparsely peopled plastic seats, Ramprakash will be taking guard, dipping his knees, rehearsing with machine-gun ferocity that crisply laundered off-drive, entirely gripped by the prospect of another six-month odyssey of largely overlooked first-class run-harvesting.

Ramprakash was also the last man standing, the last reminder of that peculiar drowned world, and nobody speaks to the ruined grandeur of a lost decade quite like Ramps.

Naturally, Ramprakash will be defined to a degree by the greatness-shaped hole at the centre of his career, as a talent that remained forever sputtering and smoking on the launch pad of what should have been a brilliant Test-match span. This is the ex-pro’s line, the baffled captain’s verdict: if only Ramps could have relaxed a little, laughed it up, taken a chill pill.

This is also to misunderstand completely his broader appeal. If Ramprakash had a cricketing superpower, it was the ability to dust everything he touched – every cobwebbed outground, every deathly four-day draw – with that distinct and indissoluble sense of gravity: he took guard 1,221 times with the same glowering, insatiable intent, and remained almost to the very end the most vibrantly promising 41-year-old batsman in England.

It was all terribly serious. I can remember watching, gripped, as Ramprakash played out three consecutive maiden overs of lard-arsed round-arm all-sorts on some dying September afternoon at a deserted Oval, bat raised like a lance, front knee flexed, off stump painstakingly aligned, a cricketing Don Quixote still toting about the imprint of his own vanishing greatness. Oh aye. It were proper champion. 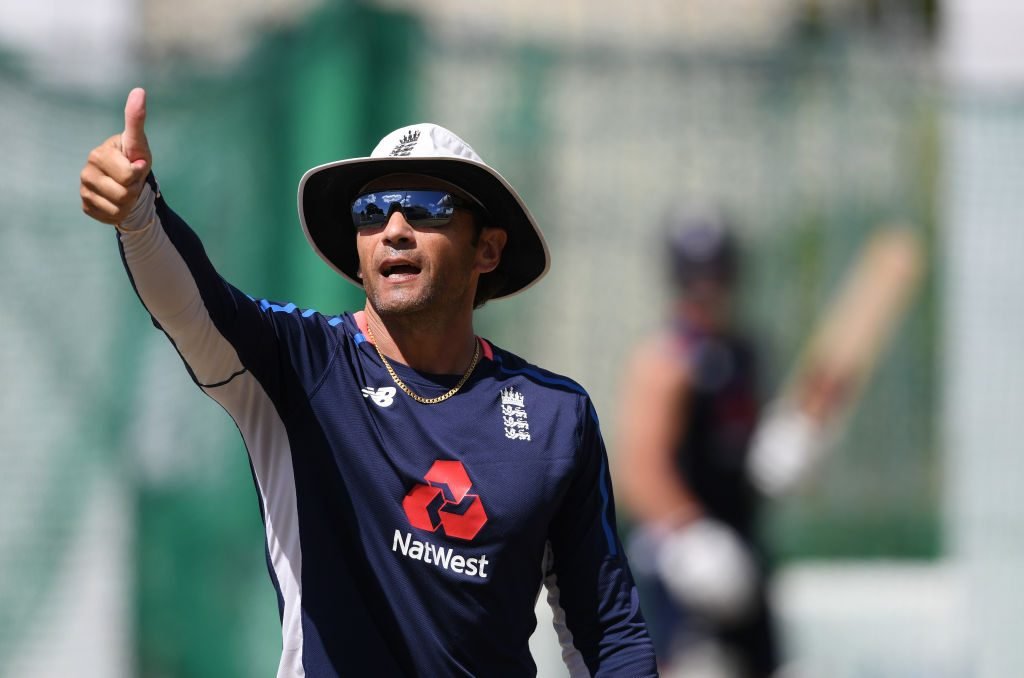 You see, though. This is what watching Ramprakash could do to you. Or at least, it could if you’d been there – and at an appropriately impressionable age – right from the start. Because with Ramprakash’s passing something else has disappeared from view. Farewell, then, the 1990s. For English cricket you were the worst of times – and also the worst of times. The most obviously talented batsman of England’s shredded generation, Ramprakash was also the last man standing, the last reminder of that peculiar drowned world, and nobody speaks to the ruined grandeur of a lost decade quite like Ramps.

Related Story: Pietersen reveals his one England farewell wish that was never fulfilled

For the adolescent spectator it was a genuinely compelling era to follow cricket in earnest. Presided over by mute, baffled men, with a Test team of tubby indispensables leavened by the usual sweating, ruined debutants, each on-field humiliation seemed to peel away a fresh layer of frowsty pre-Victorian infrastructure, the whole sorry edifice crumbling away before our eyes like a lath and plaster wall in the process of being cheerfully torn down by an Australian with a jackhammer.

Emerging into this, the young Ramprakash seemed an almost shockingly hopeful figure. Making his Test debut at 21 he looked, even then, curiously complete, rockstar handsome, the only modern person in English cricket, coming out to bat already goggle-eyed with epic-scale obsession. At which point everything started to go wrong. Ramps and Test cricket: it was never really going to work out. Wrong genius, wrong time. 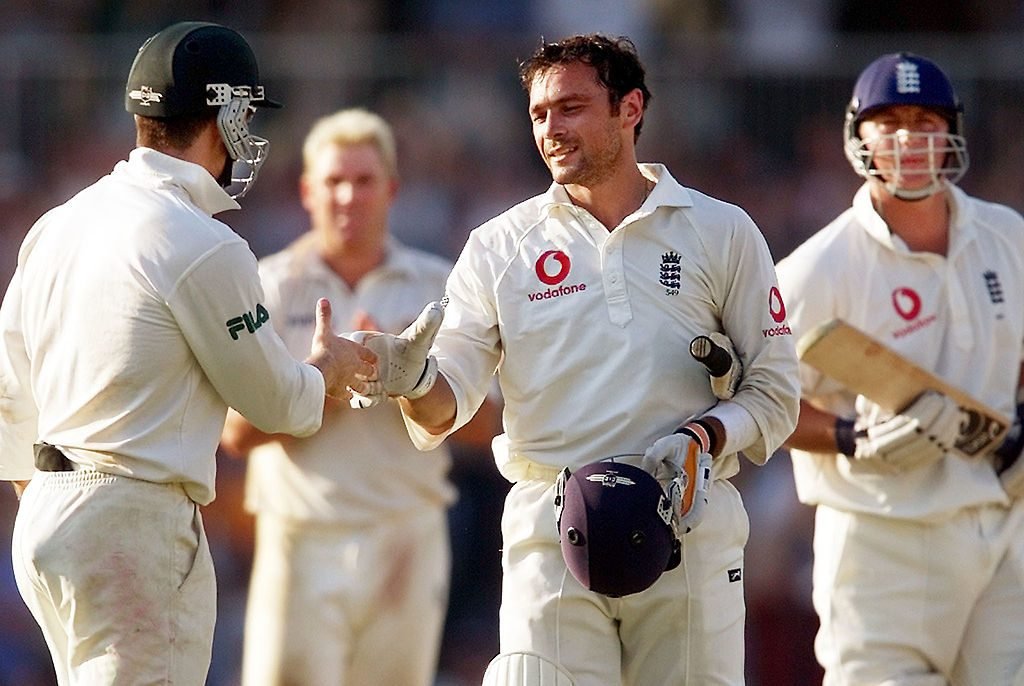 Those who carry the scars of the 1990s can fantasise about the productivity of a young Ramprakash nestled within the velvet embrace of the current England regime (a two-year bedding-in period, then 23 Test hundreds, 40 hundreds, 80 hundreds). Instead Ramprakash’s career was a masterpiece of departures. First dropped in August 1991, he was dropped in total 12 times, remaining on the verge of being recalled by the England team – broken only by those tortured interludes when he was actually in the England team – for 18 years, or the entire adult life, to that point, of this writer.

In between there were the horribly involving failures: a series against Pakistan where he seemed to have become, at last, entirely immobile at the crease, unable even to twitch or flinch or blink as the ball thudded into the pads; followed by the driven-to-distraction dismissals of an extended mid-career congealment (I managed to crash my first car while listening in dismay to the Test Match Special description of one particularly rank caught behind off Nathan Astle’s slow-medium slingers).

There were two high-class Test hundreds, the second a brilliant 133 against Australia’s greatest Test attack, before that extended backwoods flowering at Surrey. The TV highlights reel that accompanied news of Ramprakash’s retirement paid due respect here, the Test-match footage rapidly dwindling into a succession of wobbly county-ground shots: unworthy bowlers thrashed through the pigeons at extra cover, half-track pies despatched with snake-hipped fury into semi-deserted stands, and finally that 100th hundred, celebrated by holding up a disappointingly small bottle of champagne in front of not very many people at all. 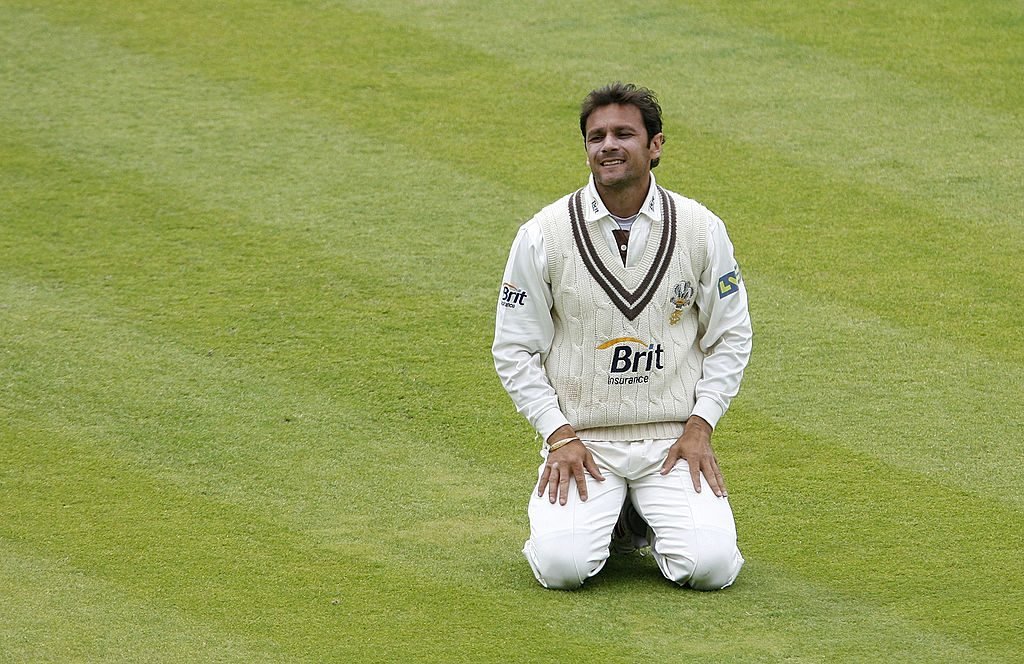 To the last there remained a purity to his cricket

And yet he embraced the smaller stage with inspirational zeal. What Stakhanovite commitment! What reproachful tenacity! In scoring 50,651 career runs Ramprakash ran at least 380 miles, or the entire length of England, with a bat in his hand. To the last there remained a purity to his cricket, and in his departure an accompanying sense of wider ending.

Let’s face it: no one is going to do this again in a hurry. The list of those who have scored 100 first-class hundreds runs from WG Grace (1895) to MR Ramprakash (2008). Currently, domestic cricket looks so fractured and frayed, so distracted by the promiscuous global whirligig of format-shift and calendar overload that it seems possible the list may in fact now be closed for ever.

With Ramprakash’s departure, the 1990s may have finally receded, but he remains a perhaps unexpectedly ennobling presence: cuffs buttoned, defensive bat gymnastically thrust, unshakable in his absolute conviction that this – all of this – really, really matters.