Mark Boucher was a feisty and highly effective wicketkeeper-batsman from 1997 to 2012. After a successful tour of England in 2008, he was named a Wisden Cricketer of the Year.

A couple of years after making his Test debut as a raw 20-year-old, Mark Boucher had acquired the soubriquet “Guinness” – for his collection of records. Fastest and youngest to just about every milestone, he became the most prolific keeper ever in February 2008, after a brief yo-yo at the top of the pile with Adam Gilchrist. His greatest personal moment in 2008, however, came in a supporting role to South African captain Graeme Smith. “Guinness” has given way to “The Finisher”, as his steely determination and icy demeanour under pressure regularly see the team home.

But with five wickets down and 110 still needed to win the Edgbaston Test – and with it South Africa’s first post-isolation series victory in England – he was facing one of his sternest examinations. Stern, though, is something he has done rather well throughout his career, and an unbeaten 45, albeit no more than parsley garnish to Smith’s sirloin 154*, was as critical as it was typical. And he loved it. 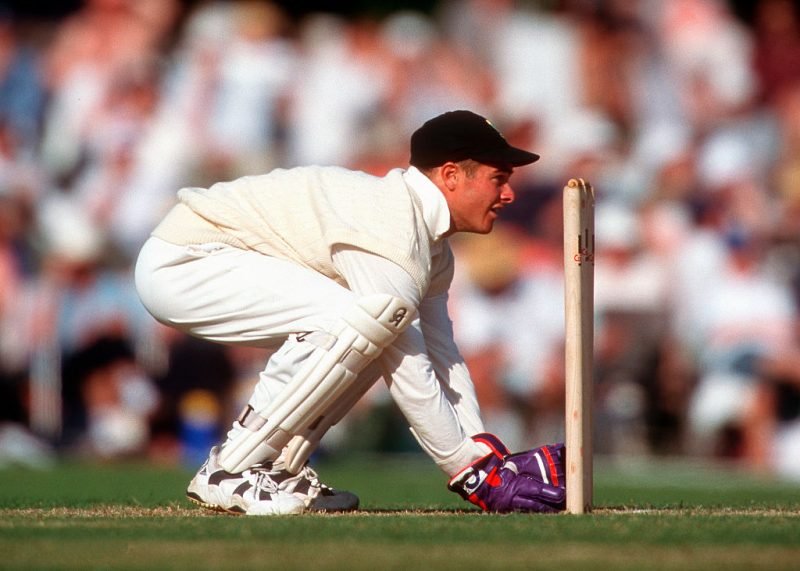 Early on in his international career, Mark Boucher’s technique was criticised, analysed and often pulverised

“I might look back at my career one day and regret the fact that I didn’t score the number of hundreds I should have, or average 40, but as long as I’m remembered as a guy who didn’t mind getting the tough thirties and forties when the team needed me to close out games and win, then I’ll be happy. That innings most definitely ranks up there with the most satisfying I’ve ever played,” Boucher said. “We just knew it was now or never, and that’s what made it so sweet.”

The series also confirmed his reputation as an unpretentious gloveman with a reputation for ensuring that, if the ball was spilled, it had not been involved with any bat. The fact that people were still talking about his infamous dropping of Nasser Hussain back in 1998 was testament to the fact that there hadn’t been many to speak of since.

“I pride myself on not being ‘flashy’. I always loved the way Dave Richardson [his predecessor] kept – he wasn’t a flashy keeper who took spectacular catches, he didn’t dive much because he had such good foot movement, and that is something I like to do as well. I’ve worked really hard with Ray Jennings [South Africa’s leading keeper during isolation] on my footwork. 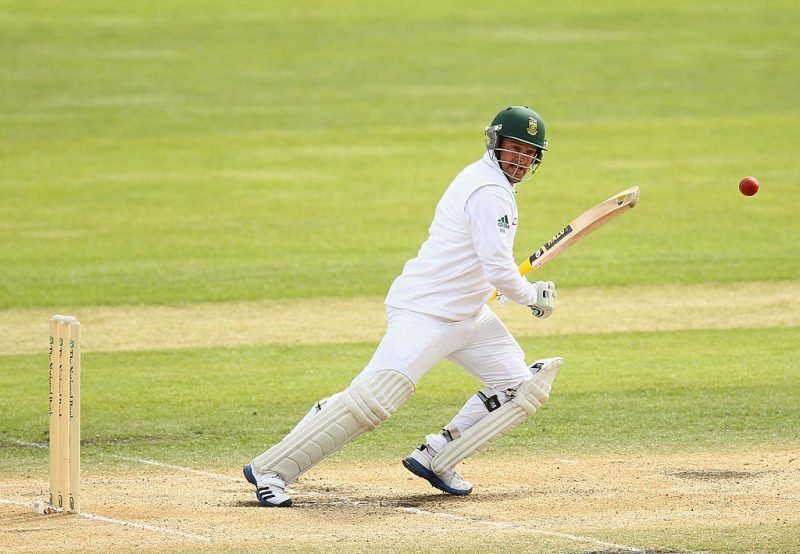 “Dave always said that, if people weren’t talking about you, you were doing a good job, and that’s all that counts to me. Everyone will drop a catch at some stage: nobody is perfect and no catch is easy, and I’m sure a couple more will go down in the future. But keeping without fuss is important to me. The bowlers are doing the hard work – just grab the edges, that’s all that matters.”

As for the future, Boucher has no intention of making an early exit. He fully intends to take his record as far beyond the reach of rivals as Muttiah Muralitharan’s wicket tally is from other bowlers. “I don’t like to share what my goals are, but I have them. When I broke the world record, and then it was broken back by Gilly until he retired, I was very aware that my destiny is up to me. I’ve been blessed with an injury-free career and, with Dale Steyn and Morne Morkel in the team, I think there are a couple more dismissals coming my way.”

Mark Verdon Boucher was born in East London on December 3, 1976, and the biggest influence on his early career was Richard Pybus. Cricket master at Boucher’s school, Selborne College in East London, Pybus went on to coach Border at Schools, Under-19 and, finally, first-team level. But it was way back in the Under-15s that he started re-treading a “wannabe” off-spinner to be a ‘keeper. 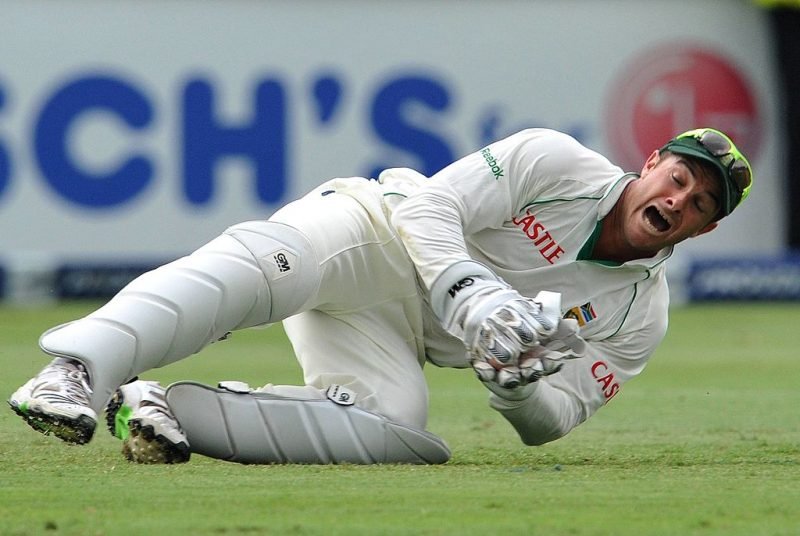 Boucher took 952 catches across formats, the most by any international ‘keeper

“I held a wicketkeeping clinic and made everyone have a go. Mark was streets ahead of everyone else,” Pybus recalls. “He was knee-high to a grasshopper but such a natural athlete, so I gave him the gloves full time. He wasn’t very happy and went straight home and told his dad. At that age he just wanted to chase a ball, so his attitude towards working on his keeping wasn’t what it should have been. But it changed soon enough, and he quickly became one of the hardest-working players in every squad I coached.”

Early on in his international career, Boucher’s technique was criticised, analysed and often pulverised. Had it not been for his batting, he would almost certainly have been replaced by Paul Kirsten or Nic Pothas. But his batting was good, occasionally outstanding – and his glovework was OK.

Related Story: Buttler? AB? Dhoni? Who is the greatest men’s ODI keeper-batter of all time?

While the jury was still out, Pybus had absolutely no doubt, making this remarkable statement in 1998: “He’s only 21 and needs to keep improving with the gloves. He has a long way to go before he can call himself a front-line batsman, and his shot selection can be poor. However, I do believe that, in the next 10 years, Boucher will go on to become one of the world’s greatest wicketkeeper-batsmen.”

The wicketkeeper’s role was changed irrevocably by Gilchrist’s brilliance, says Boucher. “They were expected to score proper runs, not just contribute here and there. As a result the standard of keeping dipped, as teams prioritised batsmen who could wear gloves. That has now come full circle once again, because a single dropped catch can cost a match but also a lot of money. These days, you must be able to bat like a batsman and perform like a wicketkeeper – a genuine all-rounder.” 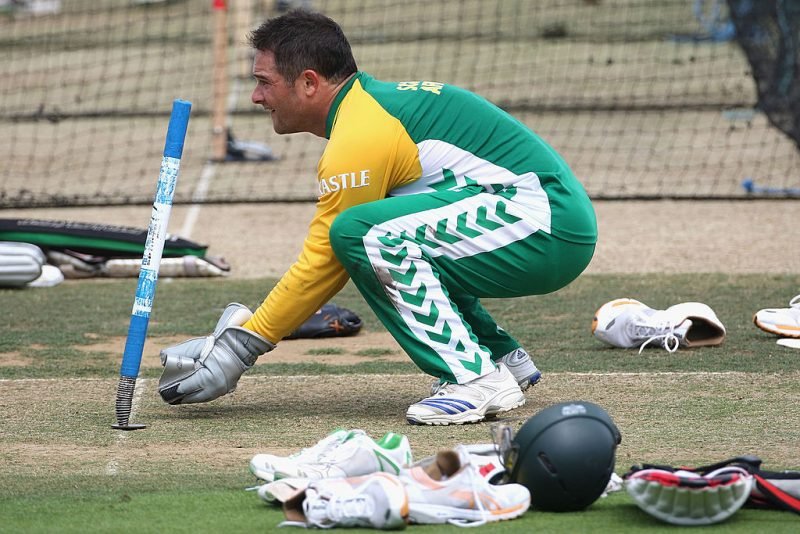 Boucher advocated the use of baseball catchers’ mask, instead of batting helmets for wicket-keepers

And why, he ponders, have so many keepers eschewed a helmet? “It’s a no-brainer. If the helmet helps you keep your head down when standing up, then you have more chance of a stumping and hanging on to an edge. My theory is that batting helmets are hot and uncomfortable for keepers. A slight adaptation of the classic baseball catchers’ mask would be perfect. More and more keepers will need to stand up to the stumps, even to quick bowlers, so technology will have to keep up.”

Related Story: Rishabh Pant is on track to break every Test wicketkeeper-batting record there is

Feisty, driven, ambitious. Nasty, ruthless, selfish. There isn’t much more than a paper’s width between them. Some incline towards the first trio, others towards the second. But one thing his team-mates would all agree on is that they would much rather not be playing against him. And The Finisher is anything but finished.

Mark Boucher’s career was ended by a serious eye injury suffered in a warm-up match at Taunton on South Africa’s 2012 tour. In 147 Tests he made 555 dismissals. He also made 5,515 runs at 30.30 with five centuries. He is now a successful coach