First published in the 2018 edition of the Wisden Cricketers’ Almanack, former England and Surrey all-rounder Zafar Ansari revealingly explains his shock decision to retire from cricket at the age of 25, and the everyday challenges he faced as a professional cricketer.

As I walked off The Oval in April 2017, bowled by Lancashire’s left-arm spinner Simon Kerrigan for three, I knew the time had come to end my professional career. I texted my girlfriend and my brother, then spoke to my parents. They all suggested I should allow the normal feelings of embarrassment that come with a low score to subside. Quickly, however, they realised I had done all the thinking I needed.

This was not the first time I had confided in those closest to me about retiring. In the year leading up to the Lancashire game, I had returned to the subject with tedious regularity. I had also spoken sporadically with colleagues at Surrey about the possibility over the seven years I held a contract there. And it was, at least partly, for this reason that Alec Stewart, Michael Di Venuto and Gareth Batty – the club’s director of cricket, head coach and captain – were so supportive when I explained my reasoning during a Championship match at Edgbaston the following week. As Alec later said, I was “never going to be a county cricketer at 30 or 35 – or even 28”. 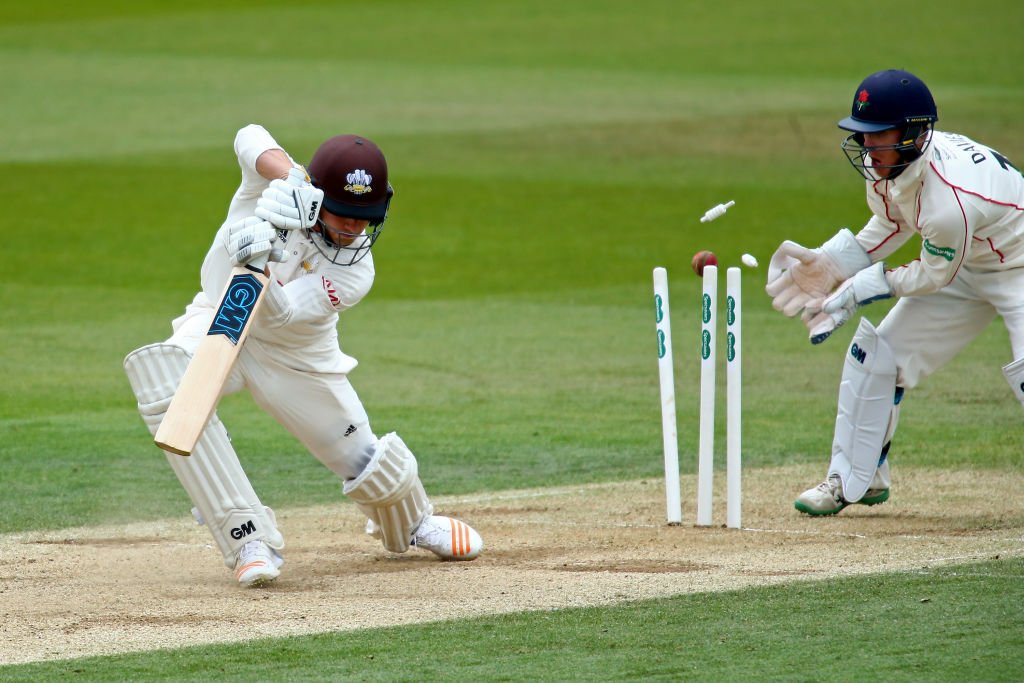 Moment of truth: Ansari is bowled by Kerrigan in a Championship match between Surrey and Lancashire, April 16, 2017

I begin with this not to indulge in mawkish narrativising but to emphasise that this was not a kneejerk decision, nor even one made over a period of months. Rather, both through design and accident, I had never reconciled myself to life as a professional cricketer. Throughout my career, retirement was almost perpetually imminent. So why had I never allowed myself to settle into this unique existence? This question implicitly emerged in some of the more sceptical reactions, which largely fell into two categories.

On the one hand, there was a struggle to comprehend why someone would give up something for which so many would sacrifice so much: by calling it a day at 25, I was doing these people a disservice. I can only respond that, from my experience last summer, watching cricket – even avidly – is different from playing it for a living. To assume that a passion for the sport as a spectator or club player translates into a love of the lifestyle of a professional cricketer is naive. It fundamentally misses the point. More simply, I could not base such an important personal decision on the dreams of others. Playing cricket was no longer for me, and I wanted to do something else.

I would watch Stokes, Root and Cook with admiration and alienation as they conjured up a hypercompetitive spirit

On the other hand, there was an assumption that the only common-sense reason to stop playing would be to go into the City and make more money than cricket could offer. But this neither captured my lingering trouble with the professional game, nor explained my desire to change paths: money is very good as a county cricketer, and played no part in my thinking.

These analyses, though, were in the minority. In general, reactions were considered and sympathetic, and a third narrative developed: that the problem was an intellectual gap between me and my team-mates. While this was flattering, once again I felt it missed the mark: there are lots of intelligent cricketers, many cleverer than I am. 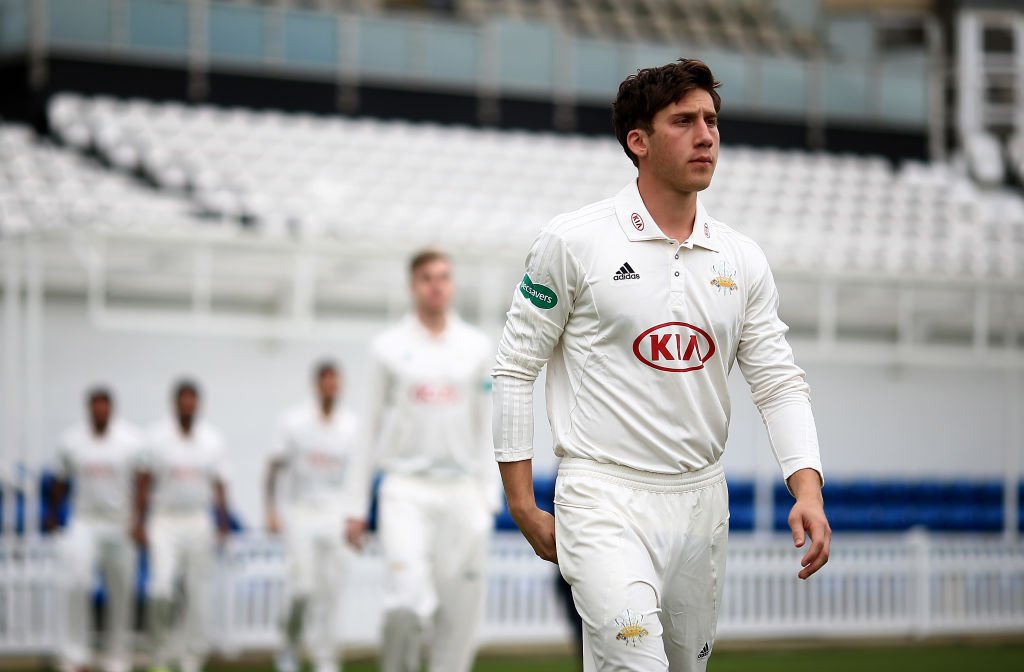 Instead, I would argue that, if there was a separation, it arose out of my struggle to come to terms with a set of seemingly prosaic ethical demands – values and principles governing everyday conduct – that professional cricket threw up. The need to be permanently competitive, for example, was something I found difficult.

In Bangladesh and India in 2016-17, I would watch Ben Stokes, Joe Root and Alastair Cook with admiration and alienation as they conjured up a hypercompetitive spirit, whether on the cricket field or at the hotel ping-pong table. It goes without saying that competition is a foundation of sport: to be competitive is clearly an advantage, providing the mental framework to maximise the chances of success. Yet as my career progressed, I felt uncomfortable conducting myself in this way.

This feeling emerged, in part, from a broader left-wing perspective, which informed my approach to life, and was both a cause and an effect of my studying Social and Political Sciences at university, and of my choice of master’s thesis: African-American self-defence during the Civil Rights era. 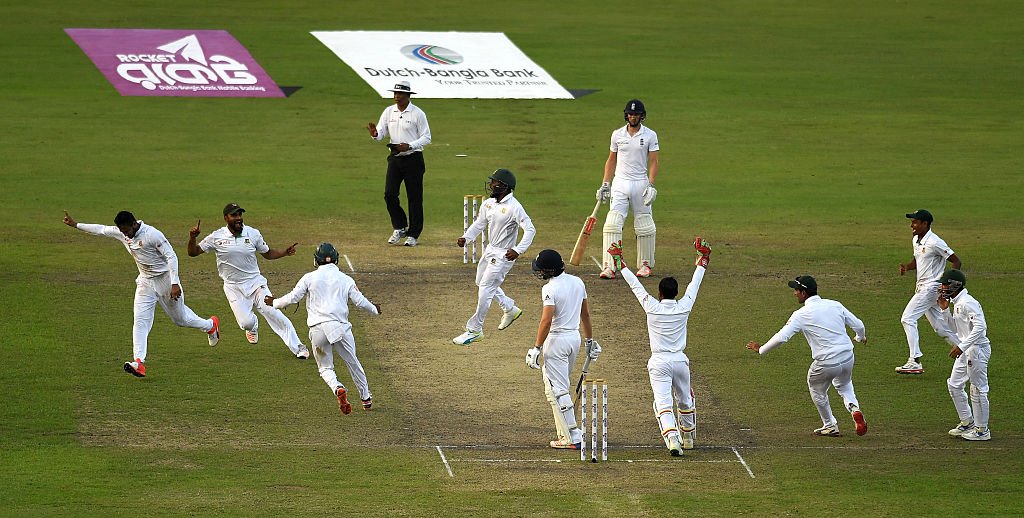 Against this background, I grew wary of a professional culture that treated the uncompromising pursuit of victory as essentially virtuous. I had not always been such a sceptic. I revelled in my competitiveness as I was growing up. I’m sure it contributed to any success I did achieve. But as the years passed, I tired of the effort it required, and carried my growing suspicion of the merits of competition into my cricket. I would try to subvert this drive in small ways – such as taking pleasure in the success of an opponent – and avoid competition outside work. But I could not maintain it.

The sight at close quarters of Virat Kohli living every ball as if it were his last highlighted an absence that had been building within me. I also wrestled with, and eventually started to resent, the individualising tendency of the professional game. Like the will to compete, this is a defining feature of cricket. Indeed, what distinguishes cricket from many team sports is the productive tension between the individual and the group. Yet this was supplemented by an ethos of individualism to which I responded grudgingly. 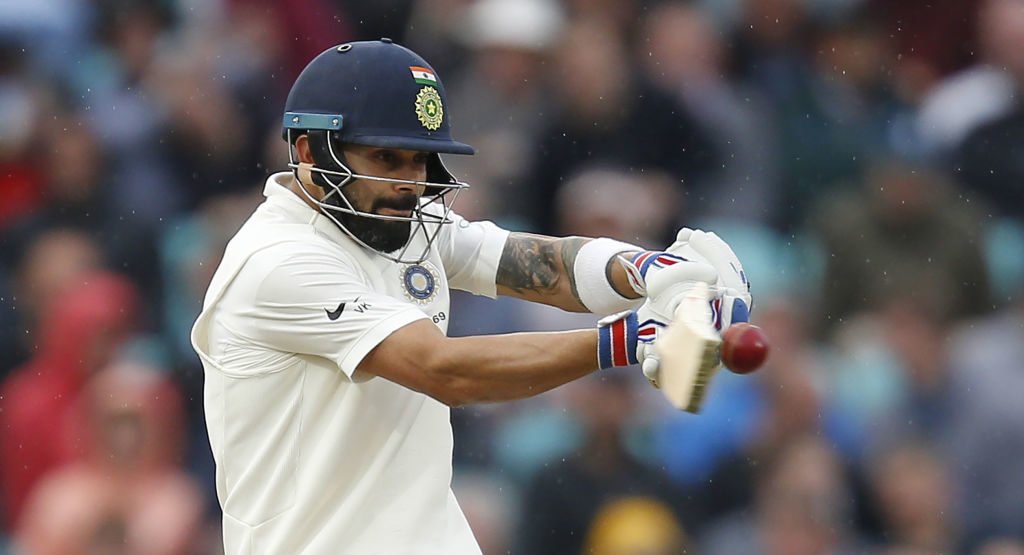 The mantra of personal responsibility and a no-excuses culture that went with every act, for instance, were distortions of the reality confronting me every day. And, however glib it may sound, the fact that dependency – on others, on luck, on privilege – represented the rule rather than the exception made the pervasive logic of the individual steadily more jarring. Put plainly, I feel cricketers are heavily reliant on their circumstances and the people around them. Yet this cannot be acknowledged, for fear it would suggest they lack the toughness to take responsibility for their actions.

This perspective may have been a defence mechanism designed to compensate for my limits as a cricketer. And I’m aware of the virtues of this ethic – it drives players to see themselves as the principal authors of their own destiny, and to work harder to improve. Still, as I developed an aversion to it, the problem of my long-term motivation grew in equal measure.

Other factors played into mydissatisfaction. Like many cricketers, I struggled with the way the job pulled me away from friends and family. Similarly, the cycle of scrutiny, failure and judgment, occasionally in the public domain, was a challenge that never quite let up. While neither led me to end something to which I had dedicated most of my life, their accumulation created the circumstances in which retirement – even at a young age – felt right. 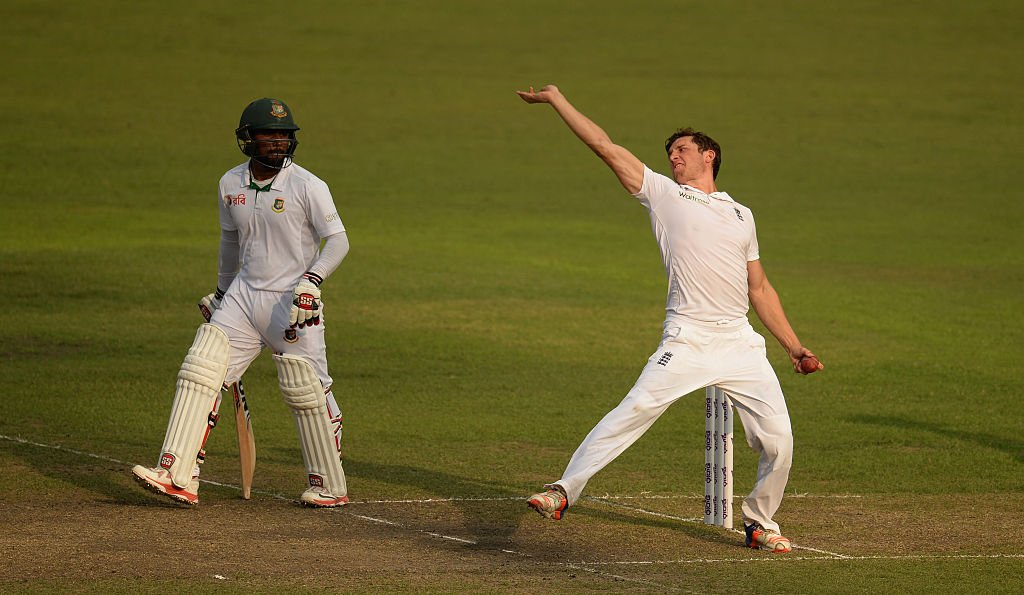 Ansari bowls during the second Test between Bangladesh and England, October, 2016

The tour of Bangladesh and India was a moment of crystallisation. Reading through old letters and watching home videos of me as a young boy, I was reminded that playing Test cricket had always been my ambition. My three caps still fill me with pride and joy. Even so, it was through touring that the factors I have described coalesced. Being in the presence of other players with an insatiable appetite to compete and better themselves as cricketers was disarming and revealing, since it forced me to challenge my own position.

The trip also raised questions I had not, until then, had to confront. I had avoided social media, for example, because I felt neither qualified to try to influence others casually with my views, nor comfortable with the self-promotion it inevitably involves. At the same time, I am committed to advancing social and economic justice, and the chance to do so by harnessing the exposure of an England tour was something with which I had to grapple.

Playing for England provides cricketers with a great opportunity to make themselves heard, but limits what they can say

I remember having a long, stimulating conversation during the trip with Mark Ramprakash, our batting coach, and coming away with a sense of the potential that a successful cricketing career might provide. Equally, I was aware that this potential was constrained by the need to avoid any controversy in relation to non-cricketing matters, as the ICC’s decision to ban Moeen Ali from wearing a “Save Gaza” wristband in 2014 exemplified.

In short, playing for England provides cricketers with a great opportunity to make themselves heard, but limits what they can say. I concluded that, even in the unlikely scenario of a long international career, this trade-off between exposure and authenticity was not one I wanted to make.

Of course, other jobs come with trade-offs, frustrations and constraints, which in part explains why I agonised so much. I say “in part” because for the previous seven years I had also taken huge pleasure in being a cricketer. I could not have given it up lightly. I’m sure I will miss the feeling of bowling an unplayable delivery, the satisfaction of winning a Championship match, and the excitement of taking part in a Twenty20 game at a packed Oval. I will miss even more the feeling of being a small part of something with a long, powerful history, such as Surrey, and of being a large part of a team, with its friendships and shared moments.

It is telling that in the weeks and months after retiring, I went back to The Oval many times to catch up with old team-mates, and watch them play, as a Surrey supporter. But it is equally significant that I did not feel the urge to do so as a player.

Zafar Ansari played 68 first-class matches for Cambridge, Surrey and MCC, and three Tests and a one-day international for England. He works for the charity Just for Kids Law, and is completing a law conversion degree.

The Wisden Cricketers’ Almanack 2018 is the 155th edition of ‘the bible of cricket’. Order your copy now.