Jonny Bairstow’s omission from the England Test squad this week brought to an end an extended run in the side. His emergence as an international player was marked when he was a Wisden Cricketer of the Year in 2016.

Jonny Bairstow was a good man for a crisis in 2015. All five of his Championship centuries for title-winners Yorkshire were carved from adversity after he strutted out, gimlet-eyed, at No. 5. So was his bristling unbeaten 83 off 60 balls to carry England over the line in the deciding one-day international against New Zealand in Durham, after he had arrived late the previous night as a replacement for the injured Jos Buttler.

The strife on that occasion had been particularly deep: 40-4 when he reached the crease soon became 45-5, at which point the requirement was 147 off 107 balls. England got home with an over to spare. 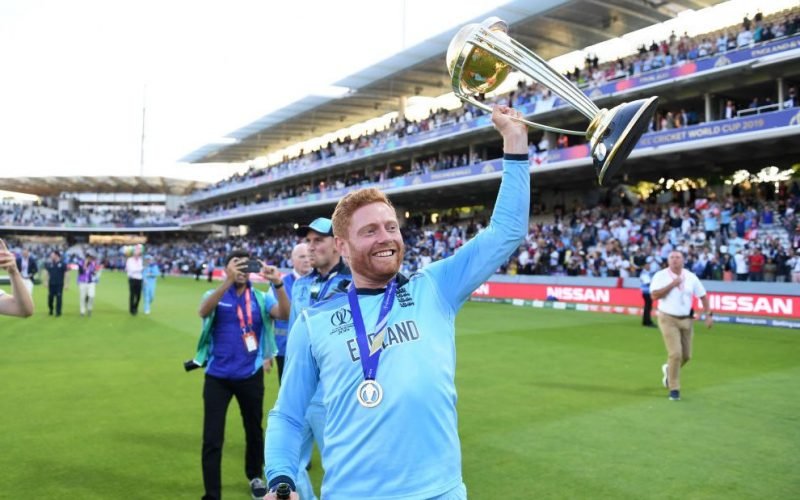 Bairstow played a vital role in England’s World Cup triumph, aggregating 532 runs at an average of 48.36

The sight of Bairstow throwing his arms aloft in celebration was one of the images of the summer. Three weeks later, his 74 in the Ashes-clinching fourth Test at Nottingham had a different context. With Australia out before lunch for 60, England were hardly in difficulty at 96-3 when Bairstow joined fellow Yorkshireman Joe Root. But someone had to show batting was possible on a Trent Bridge green top, and Bairstow needed to justify his recent return to the Test side after an absence of more than 18 months.

In the previous match, at Edgbaston, his comeback had been nipped in the bud by a Mitchell Johnson rip-snorter. By the time he fell to Josh Hazlewood in Nottingham, he and Root had added 173 – and the Ashes were as good as England’s.

Jonathan Marc Bairstow, born in Bradford on September 26, 1989, is never happier than in the midst of the action. At St Peter’s, York, he juggled Yorkshire age-group cricket with county rugby and hockey, as well as football at Leeds United’s Academy. And, in 2007, he was Wisden’s inaugural Schools Cricketer of the Year, after averaging 218 (not to mention captaining the side, keeping wicket and bowling a bit of off-spin).

“Fly-half in rugby, centre-mid in hockey, right-back in football, keeping wicket – you’ve got to be in the thick of it,” he says. “I like those pressure situations. It has helped me develop into an all-round athlete, and led to the position I’m in now.”

His first appearances for county and country were typical. Summoned as a teenager for a Championship match against Somerset in 2009, he gave Yorkshire a chance of victory with an unbeaten second-innings 82 before running out of partners; he then took four catches as stand-in keeper. Bairstow took the gloves in the next three games, until Gerard Brophy recovered from injury, and played the rest of the season as a batsman. 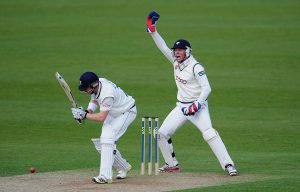 Two years later, on his England debut in a one-day international against India, he slog-swept his fifth ball for six, hit two more out of Sophia Gardens, and turned a stiff chase into a stroll in the park.

Bairstow sometimes found squad selection as reserve keeper and spare batsman easier than getting into the England team and staying there. His first 21 Test caps spanned ten series – “It’s been very disjointed” – and he spent much of the build-up to the 2013 Ashes carrying drinks at the Champions Trophy. That winter, he had little meaningful preparation before being thrust in as keeper for the final two Tests of a chaotic tour of Australia. Last May, he joined Yorkshire after four weeks with England in the Caribbean where he did little besides netting. But he hit the ground running – and kept running.

“I remember dad teaching me how to hold a bat and sawing down one of his broken bats for me to use. I’ve still got it"

If he felt frustration, he channelled it well. By the end of the summer, Bairstow had scored 1,108 Championship runs at 92, with a strike-rate of 76. Six men scored more heavily in Division One, but from roughly twice as many innings as Bairstow’s 15. An unbeaten 219 at Chester-le-Street – where he added an English-record 366 for the seventh wicket with Tim Bresnan – was especially brutal. But his undefeated 125 out of 229 against Middlesex at Headingley, and 108 out of 213 against Warwickshire at Edgbaston underlined his importance to Yorkshire’s cause. All his five hundreds for them led to victories. 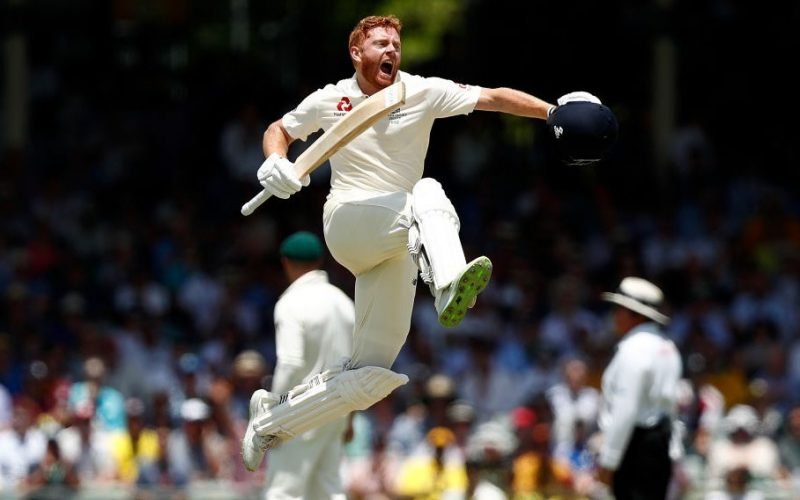 Bairstow registered his first Ashes hundred in Perth in 2017

It was not that England had ignored his talent. His innings of 95 and 54 against a potent South Africa pace attack at Lord’s in 2012, when he replaced the suspended Kevin Pietersen, ought to have been a defining moment. It certainly scotched suspicions from earlier in the summer that Kemar Roach of West Indies had exposed a flaw against the short ball.

“I was more gutted to get out in the second innings than the first,” he said of England’s spirited pursuit of 346 against the South Africans, “because I thought I had a chance of chasing down the runs. I don’t go looking to counter-attack, but if you stay positive you’ll get balls to hit.” Come the next Test, in Ahmedabad, however, he was jettisoned to accommodate an extra spinner.

Yorkshire have viewed him as their first-choice wicketkeeper across all formats since 2012, but England seemed unsure how to use him. “Keeping wicket is something I love doing and have worked ridiculously hard on,” he says. “People keep asking if I want to do it. It feels like an insult. Of course I do. I wouldn’t have invested so many hours, and put myself through so much pain, if I didn’t.” Inevitably his ability came into question when stumping chances went begging at Sharjah (expensively) and Durban (less so), but few Test keepers can claim perfection in their early outings.

Then, after 36 Test innings without a hundred – a sequence that he admits made him fret “a little” – he hit a sparkling unbeaten 150 from just 191 balls in January 2016 at Cape Town, sharing a world-record sixth-wicket stand of 399 with Ben Stokes. The emotion on show as he reached three figures with an off-side carve for four off Stiaan van Zyl had been bubbling under for too many years. 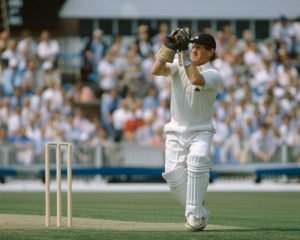 David, Jonny’s father, was one of Yorkshire’s key men in the 70s and 80s

Bairstow was only eight when he found his father, David, hanging at their family home, a suicide brought on by financial worries and depression. His mother, Janet, herself seriously ill at the time, packed him and his sister Becky off to school next day. Life had to go on.

“It was not the best time,” he says. “It’s something that develops you into the people you are. Massive credit has to go to the family – mum, grandma, grandpa and uncle Andrew [Jonny’s elder half-brother, who kept wicket briefly for Derbyshire]. We’re only a small family, and would like to think a pretty tough one.”

His time with David was brief, but the inspiration lasting. “I remember dad teaching me how to hold a bat and sawing down one of his broken bats for me to use. I’ve still got it. I’ve got a lot of his bats and patched-up gloves.” David Bairstow would have been proud as Punch that Jonny emulated him in keeping wicket for England, the first father and son combination to do so.