Jonathan Agnew may be best known as the long-serving BBC Cricket Correspondent, but he was a fine fast bowler for Leicestershire during his playing career. In 1988, he was a Wisden Cricketer of the Year.

The Lancashire and former England opening batsman, David Lloyd, was halfway through a forward defensive push when his off stump was despatched halfway towards the Leicestershire wicketkeeper. It was August 1978, and with his fourth delivery in county cricket, a gangling 18-year-old just out of Uppingham School had discovered that he had enough pace to bother Test players as well as sixth formers.

By the close of the season, that same bowler, Jonathan Agnew, had won a Whitbread Scholarship to Australia, and when invited to an England net in Melbourne, he struck the captain, Mike Brearley, a nasty blow in the face. It was, Agnew recalls, merely a gentle delivery off two paces that flew off a wet patch; but it did not deter the headline writers. Such early publicity did him no favours, but when a bowler arrives who is young, fast and English, a quiet settling-in period to one of the more difficult apprenticeships in sport is often denied him.

It was, therefore, only after some seasons of high promise but relatively modest delivery that Jonathan Philip Agnew realised his early potential and developed into a Test-match bowler. Born in Macclesfield on April 4, 1960, he was capped three times in 1984 and 1985, but it was not until last summer that he fully matured as a bowler. He took 101 wickets, the first Leicestershire player to take 100 since Jack Birkenshaw 19 years earlier, and in doing so he helped his side recover from a disastrous start to third place in the County Championship. For reasons best known to themselves, the England selectors did not consider this good enough to earn Agnew a place on any of the three separate winter tours – to the World Cup, Pakistan or New Zealand.

Asked about Agnew’s omission, the chairman of selectors, P.B.H. May, expressed concern about his fitness – rather a baffling statement to make about someone who bowled more overs than any other fast bowler in the Championship. There had been a time when the air at Grace Road would reverberate not just to the sound of leather upon willow, but also to the twanging of an Agnew hamstring; but the days had long since gone when the names of Agnew and another injury-prone Test player, Les Taylor, together on the same scorecard would startle collectors of memorabilia. (Swap you an Agnew and a Taylor for a Ward and Shuttleworth?) 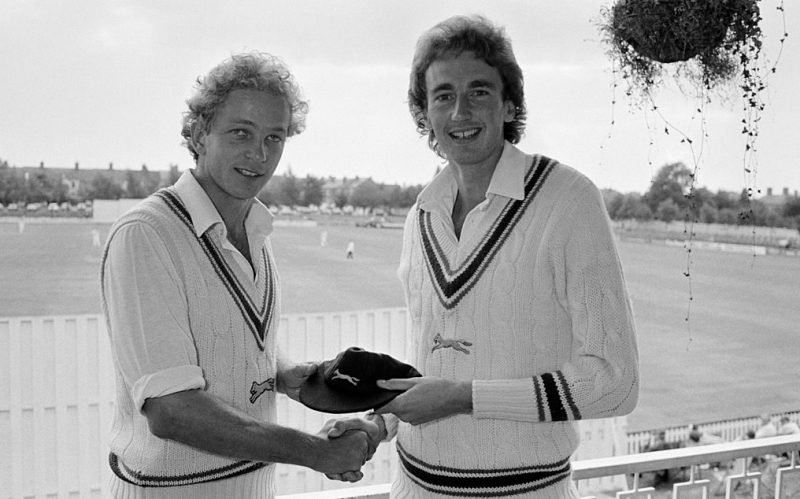 Jonathan Agnew (right) receives his County Cap from Leicestershire captain David Gower at Grace Road in Leicester, circa May 1984

After four or five seasons of injury problems, probably the result of trying to bowl too fast, Agnew had by and large remained fit since 1983. But the injury-prone image had unfortunately stuck. He has never, for example, had back problems, although one annual cricket publication last year described that as the reason for long absences in his second season. He has had the occasional pulled muscle, which is a difficult achievement for someone with scarcely a muscle about his person. At almost 6ft 4in, he barely tips the scales at 12 stone, and this despite a gargantuan appetite which involves anything between three and six cooked meals a day. His pace comes from a whippy wrist action and co-ordination.

In the field, Agnew has at times appeared to be moving with his bootlaces tied together, but his long run-up was one of the more graceful in the game. However, it was the shortening of that run-up, and a cutting-down of pace, which led to last season’s achievements – and, following James Whitaker, to his becoming the second Old Uppinghamian in consecutive years to be named one of Wisden‘s Cricketers of the Year. 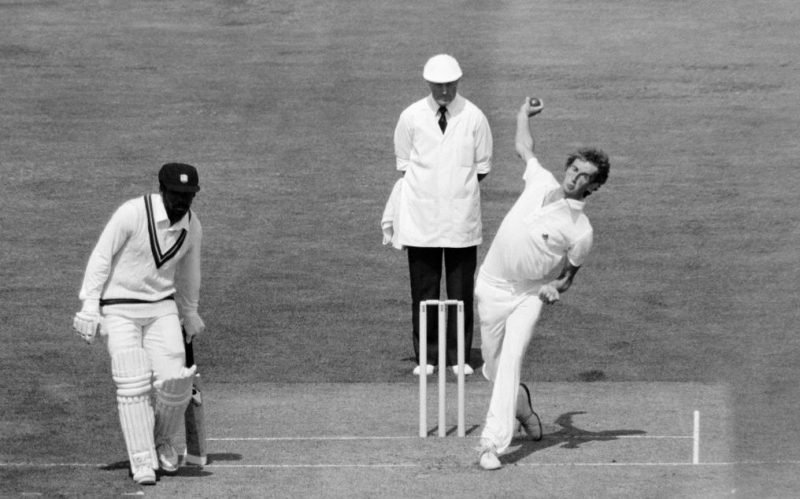 Agnew had more often than not been given choice of ends with the new ball at Grace Road. This was invariably down the slope towards the pavilion, and with the prevailing wind. However, that became less automatic with the signing of the West Indian fast bowler, Winston Benjamin, and the advance of Phillip DeFreitas.

An early-season game against Somerset saw Agnew running up the hill and into a gale. He cut down his run, strove for accuracy rather than pace, and took wickets. He has always been able to swing the ball, but he was often wayward off a full run. Now, by adhering to a fuller length, he became more dangerous, knowing that batsmen would remain reluctant to get forward with a full commitment because of his past reputation. And just to remind them of it, he could still produce the quick short delivery to force a sharp reappraisal of footwork. He also developed, and tool many wickets with, an extremely effective slower ball. 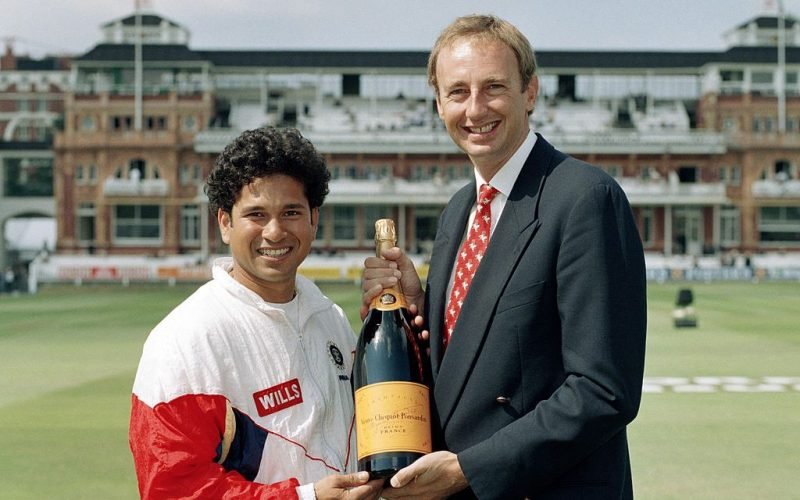 Like Defreitas at Middlesex, Agnew slipped through the coaching net at another county. He attended Alf Gover’s school at Surrey at the age of 16, and played for two seasons during the summer holidays for Surrey’s Second XI. “Not a lot of interest was shown,” he recalled, and it was probably only a coincidence that the coach at The Oval, Fred Titmus, was dismissed soon after Agnew’s dramatic start with Leicestershire.

He had been recommended to them by the senior coach at Uppingham, Les Berry, himself a former Leicestershire player, and secretary-manager Mike Turner arranged four times to see Agnew play. Because it rained or he did not bowl, he never did;so he signed him anyway on Berry’s reputation as a judge of young cricketers.

“Now then, Will, just look for the ones and give me the strike. I'm in a bit of nick out here, you know”

Agnew was close to giving up the game in 1986, when he discovered that he was not enjoying it as he felt he ought to. He was also considering a career outside the game, preferably in the media, and that winter he joined the sport’s staff at BBC Radio Leicester, becoming in time a Sport’s Producer. He approached 1987 as his farewell season, but with the return of success and enjoyment, he has set his mind on attempting to regain an England place.

It will not, in all probability, be as an all-rounder, although he can certainly bat. After a bad injury, sustained in South Africa some years ago, fast bowlers have sometimes needed radar to locate him; but on his day he can destroy anything pitched up around off stump.

Related Story: Jonathan Agnew on getting shot on the nose, a phone call from Bumble, and the radio years

He did so last season during his career-best 90 at Scarborough, while at the same time demonstrating that the Agnew of old, playing hard but always with a sense of fun, had resurfaced. When Leicestershire’s captain, Peter Willey, came in to join his nightwatchman, who was by then in the eighties, Agnew waited for him to take guard before walking down for a tactical discussion. “Now then, Will,” he said, “just look for the ones and give me the strike. I’m in a bit of nick out here, you know.”