John Murray’s England career often progressed in fits and starts, but after a glorious summer in 1966 he was named a Wisden Cricketer of the Year.

Long before the fates made the magnificent atonement on late-summer days at The Oval, 1966, there must have been times when John Thomas Murray was left with nothing more than a cricketer’s natural philosophy as balm to his wounds. His career as England’s wicketkeeper began on the highest note of promise with five Tests and five impeccable performances against Australia in 1961.

None could have suspected his position would soon be assailed. Yet the first of his disappointments was round the corner. In the following winter of 1961-62 he had to return prematurely from MCC’s tour of India and Pakistan to undergo an operation for varicose veins. Though he regained his place in the last three Tests against Pakistan in England in 1962, he faced successive competition from Alan Smith and Jim Parks.

Perhaps he did not find the form abroad for which he was famed at home, but in 1962-63 he made only one appearance, of the briefest nature, in the third Test. Early in the game he injured his shoulder making a brilliant catch to dismiss Bill Lawry. Smith returned for the last two Tests. Again in Australia, 1965-66, Parks was made the No.1 wicketkeeper and played in all five Tests.

As in 1963, Murray had one compensatory Test in New Zealand. Sandwiched between the two visits to Australasia was a tour of South Africa, and again Murray was on the sidelines, the standby for Parks. The final irony came in the last Test at Port Elizabeth when Murray was used as an opening batsman! 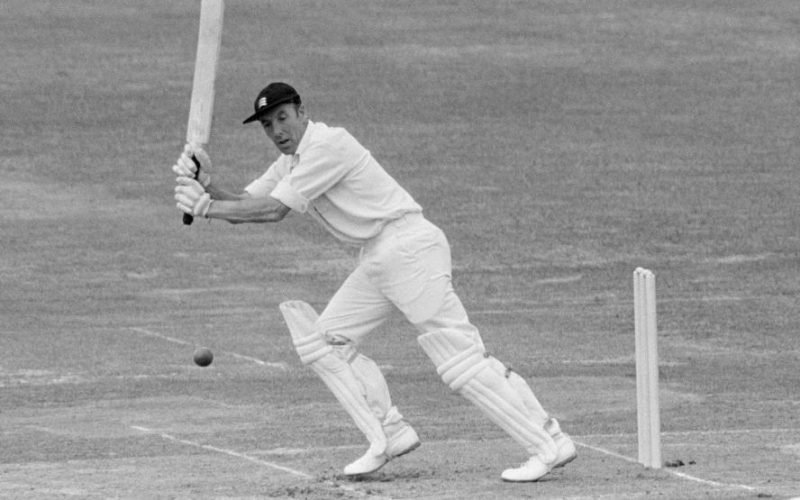 When Parks played in the first four Tests in the series with the West Indies last year Murray might have been forgiven for thinking his way forever blocked by the selectors’ preference for a batsman able to keep wicket. Without disrespect to Parks, who often justified his case with good scores, this represented a new line in cricket thought. To say the least, it was hard luck for a specialist wicketkeeper.

The remodelled England team for the last Test at The Oval, however, found Murray as the wicketkeeper, a choice which won considerable approval. But that he should score a century and take part in a stand with Tom Graveney, which laid the foundation of his side’s victory, was a real quirk of mischievous fortune.

The sheer professionalism of Murray’s wicketkeeping made an essential and vital difference to England’s out-cricket, and understandably he regards his century as the greatest moment of his career. For one glorious hour the unobtrusive player became the glittering star. Yet his innings came within a fraction of failure.

Playing back to the first ball from Charlie Griffith he edged it on to his pads. There was a very loud, and what is generally termed, confident appeal. “Considering the noise that was going on from the crowd at the time it was a wonderful piece of umpiring by Syd Buller,” acknowledges Murray. “I couldn’t have complained if I’d gone first ball.”
Earlier in the season for MCC, Murray had given the West Indies something to think about with his batting with an outstanding century, and there was a time when he opened for Middlesex. The strain had its effect when, after a long time in the field, he had to restart immediately. He now finds No.5 ideal.

Born in North Kensington, London, on April 1, 1935, Murray became a wicketkeeper in what has always been the classical accident. He was playing in the final of the Boys’ clubs competition when his side’s wicket-keeper broke a finger. Murray took over, and from that moment a Test wicketkeeper was born.

A member of the Rugby Boys’ club (so called for its sponsorship by Rugby School), Murray had already had a successful trial as batsman-cum-bowler at Lord’s. He had returned unwillingly to school as the leaving age was extended. Now Paul Pawson, the club warden, a distant relative of Tony Pawson, of Oxford University and Kent, was able to offer the extra recommendation of Murray’s wicketkeeping. 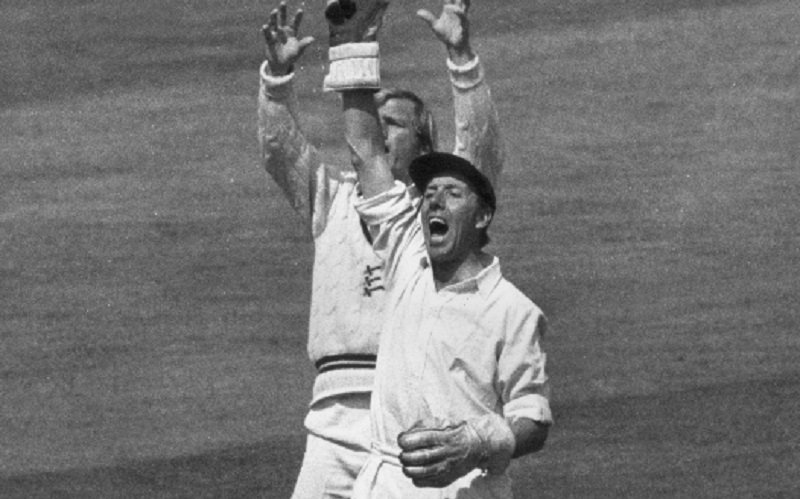 Murray affected a staggering 1,527 dismissals in first-class cricket, second only to Bob Taylor‘s 1,649

Archie Fowler, then head coach, took due note, and, on joining the staff in 1950, Murray kept wickets. So well, indeed, that only two years later he deputised for the injured Leslie Compton at Leicester. In 1953 Murray joined the RAF for his two years’ national Service.

Luckily for Murray his cricket progress was scarcely interrupted. He played for Combined Services against counties, and there was also plenty of Soccer. As an inside forward or wing half Murray was signed by the Arsenal as an amateur, and Tommy Lawton, then manager of Brentford, offered him professional terms. Murray’s decision to concentrate on cricket was probably influenced by the fact that Leslie Compton was ready for retirement.

In 1956 Murray went straight into the Middlesex championship team. By 1960 he was groomed for Test status when he went to New Zealand with an MCC A party under Dennis Silk. 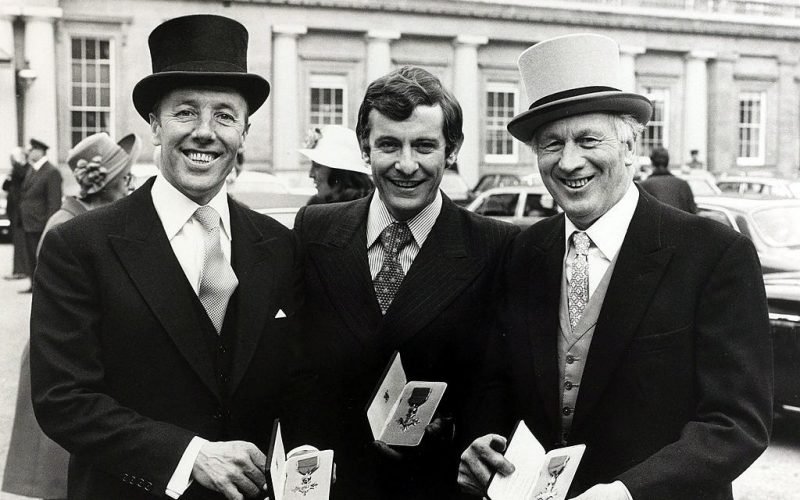 He learned much by studying the methods and style of Wally Grout, the Australian, during the 1961 series. “I felt as I watched him,” says Murray, “that here was the perfect pair of hands. I felt I wanted to keep wicket like him. I came to understand how necessary it was to achieve balance, and to read the game in order to be in the right position at the right moment. Some would call that anticipation. I discovered Grout was hardly ever to be seen on the ground. His balance and anticipation were such that he didn’t often need to be. Grout always made an impression on me, particularly when I watched him in 1961. All that he did emphasised the necessity of mastering the basic principles of keeping wicket.”

Clearly Murray enjoys the intellectual exercise of his job, and none more so than when Fred Titmus, his Middlesex colleague and captain, is bowling. Murray explains: “Titmus never falls into a bowling routine, even when he is taking wickets. He is always experimenting, always trying something new, so much so that the keeper cannot relax.” Equally impressive has been the experience of keeping wicket to Brian Statham and Freddie Trueman, and batsmen of the class of Graveney and Peter May.

Murray’s reputation is built on polished orthodoxy and eschewing the spectacular for its own sake. He denies the need for flashiness, and is no subscriber to the theory that a wicketkeeper has to prove himself by standing up to pace bowling. To do so, he insists, is not a true test of ability.

“If I am asked to do so I stand up,” he says, “but I am certain that the best position for a keeper to stand is where he is best likely to take chances. And he must have a better chance standing back. You have to try and do what is in the best interests of your side.”

As a batsman Murray looks for the opportunity to drive, the shot in which he excels. He bears the stamp of Lord’s coaching, which many will regard as a good recommendation, and in 1957 he achieved the wicketkeeper’s double of 1,025 runs and 104 dismissals (82ct, 22st), a feat which only Leslie Ames, of England and Kent, had previously accomplished. Such is the measure of Murray’s value to Middlesex.

He has long passed 10,000 runs in first-class cricket, and been responsible for 1,000 dismissals. Statistics have no special appeal to Murray for he is sensible enough to know their worth.

Related Story: Quiz! Name every wicketkeeper with 100-plus Test dismissals this century

The years of frustration did not leave a trace of bitterness. Nor was a word of complaint uttered. As No.1 or No.2 wicketkeeper in any touring side he pulled his weight cheerfully. He is immaculate in his turn-out, and the key to his character is to be found in his own words: you have to try and do what is in the best interests of your side. That, in a nutshell, is John Thomas Murray.

John Murray played 21 Tests for England and scored 506 runs while affecting 53 dismissals behind the stumps. In 635 fist class games, he scored 18,873 runs in addition to his 1,268 catches and 259 stumpings.